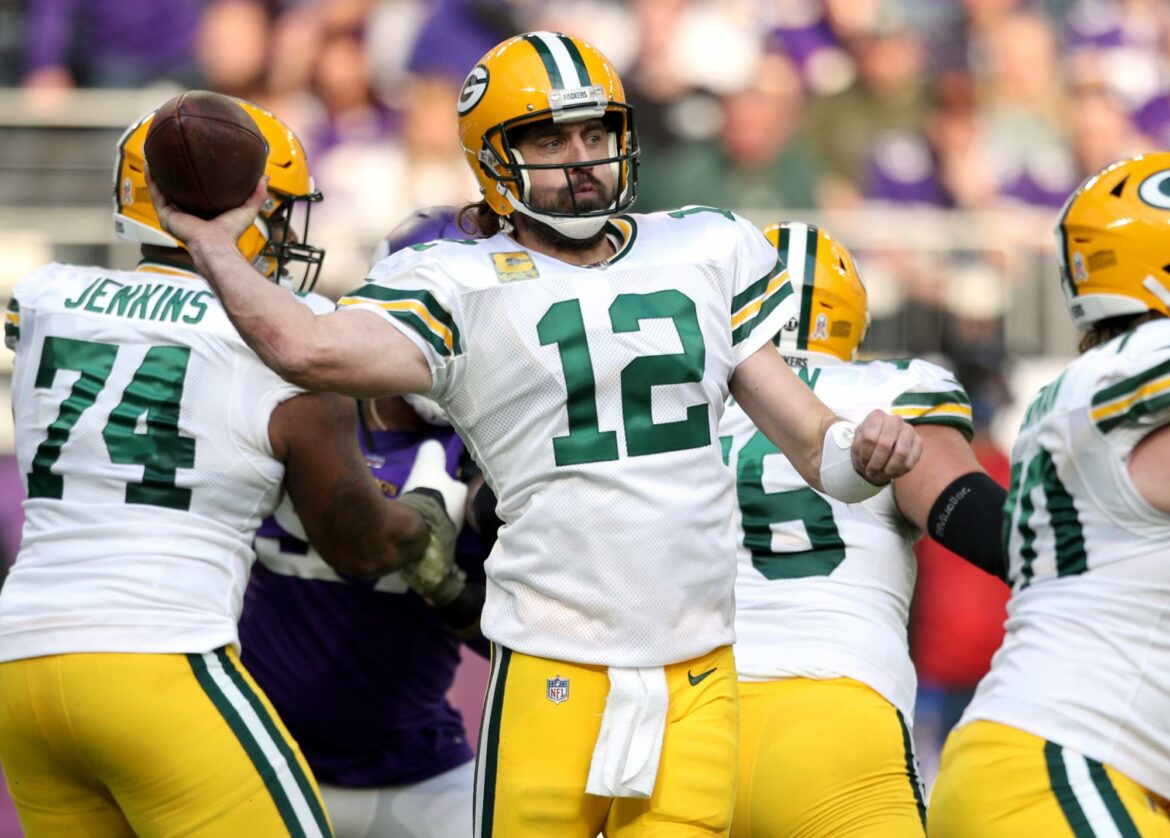 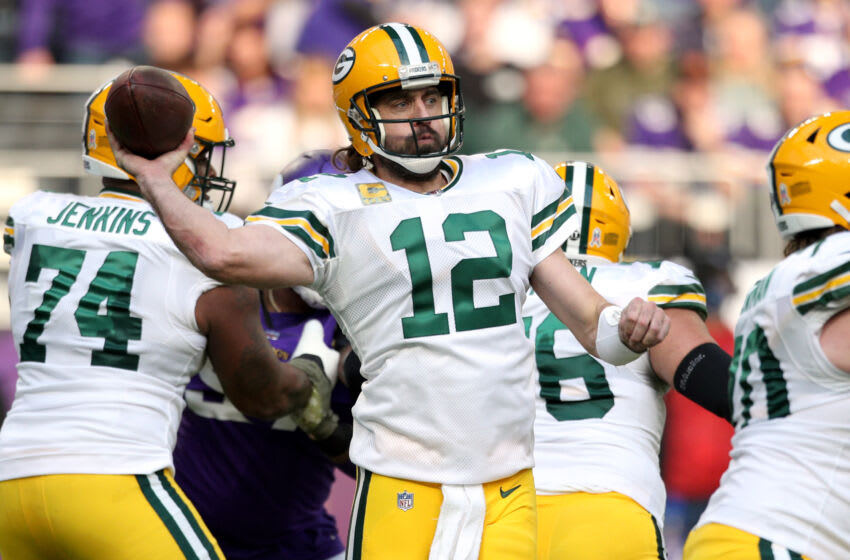 MINNEAPOLIS, MINNESOTA – NOVEMBER 21: Aaron Rodgers #12 of the Green Bay Packers looks to pass against the Minnesota Vikings in the second quarter at U.S. Bank Stadium on November 21, 2021 in Minneapolis, Minnesota. (Photo by David Berding/Getty Images)

Aaron Rodgers didn’t care for the Wall Street Journal’s report about him dealing with ‘COVID toe’ and he’s now taking his beef to a new level.

Another day, another Aaron Rodgers storyline that brings plenty of drama? That’s indeed what we had on Wednesday, as the Wall Street Journal published a report in the morning stating that the Green Bay Packers quarterback is dealing with something called ‘COVID toe.’

Rodgers didn’t waste time when speaking with reporters in clearing things up, though, saying he actually has a fractured toe. He called out the WSJ for ‘disinformation’ and you could tell that he was pretty annoyed by everything. Now, Rodgers has taken things a step further, as he’s changed his Twitter bio photo to his fractured toe. We’re not making this up.

This is a pretty childish move here from Rodgers, but hey, the stud signal-caller is upset that the report came out in the first place. He adamantly said that he doesn’t have any lesions on his foot and that his toe is indeed broken. The fact that he showed his foot while on the Zoom call with reporters was unreal.

Now, he wants the whole world to know his toe is broken with the update he made to his Twitter photo. Despite having that broken toe, Rodgers went on to throw for four touchdowns on Sunday in the disappointing loss to the Minnesota Vikings.

Come this weekend, Rodgers will once again try and overcome the pain of his toe injury to try and put on a show against the Los Angeles Rams. As for his new Twitter pic, we can only hope he changes it again sooner than later.