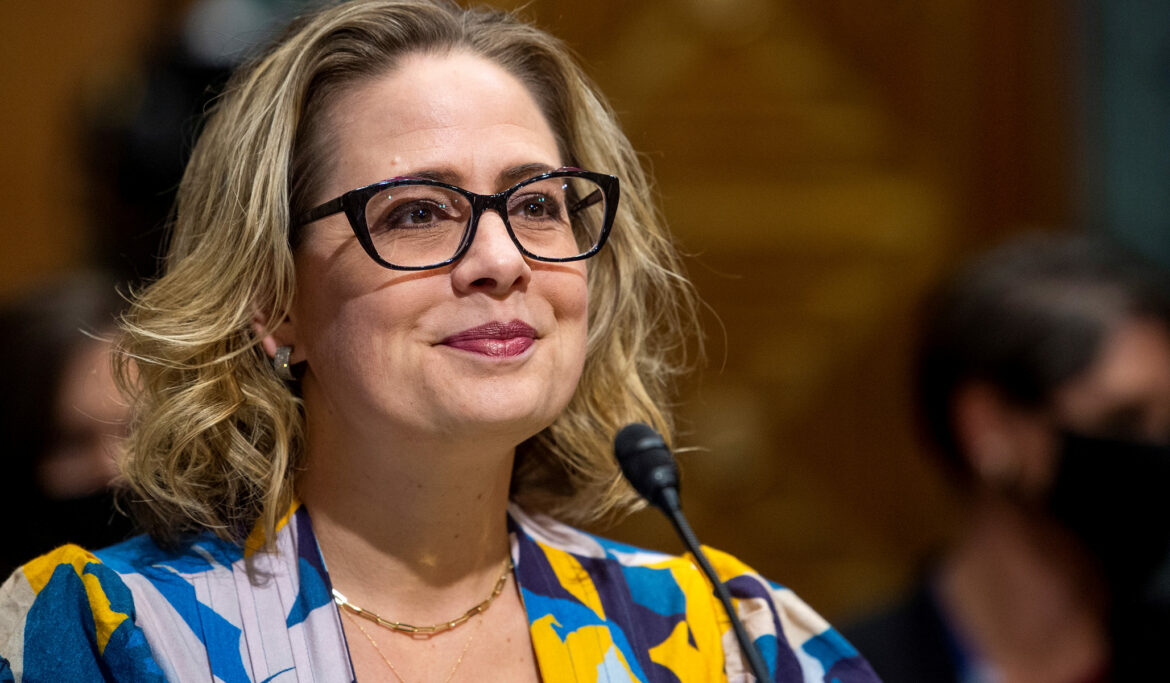 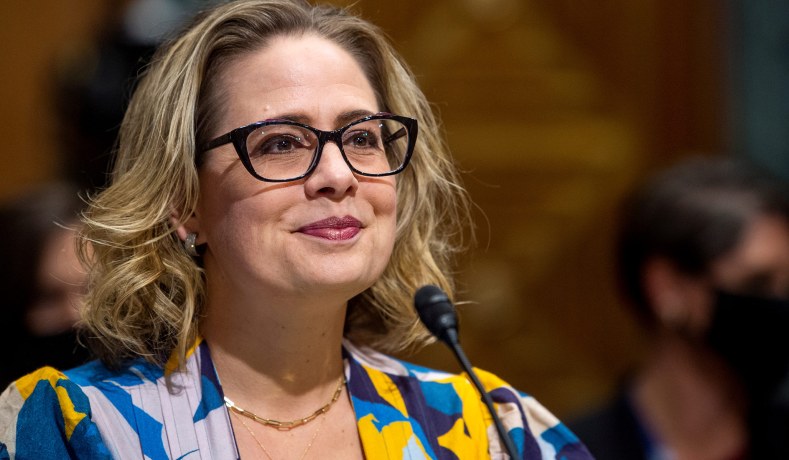 Sen. Kyrsten Sinema (D-AZ) offers remarks in support of the nomination of Chris Magnus to be Commissioner of U.S. Customs and Border Protection, Department of Homeland Security, during a Senate Finance Committee hearing on Capitol Hill in Washington, D.C., October 19, 2021. (Rod Lamkey/Pool via Reuters)

A woman who identified herself as the mother of the bride tearfully pleaded with the activists to stop for an hour so that the wedding could move forward.

“Could you just go down to that corner for an hour? It’s my daughter’s wedding,” the woman says in footage uploaded to a YouTube account titled “Lone Protester.” “Just for an hour, just let her get married, please.”

“Will you tell her that we don’t like what she’s [Sinema] doing to our country?” one protester shouts at the woman. An apparent activist off-camera adds that Sinema is “corrupting the whole country.”

At one point another woman who appeared to be the bride says, “I wish I could enjoy my wedding without you ruining it.”

Guests at the wedding wore costumes, and, in the footage Sinema, can be seen dancing near a person in an inflatable unicorn outfit. Two guests were seen in Native American costumes, and a Sinema spokesperson condemned the costumes following the event.

“Senator Sinema officiated a personal friend’s wedding at which a small group of activists protested during the private ceremony,” spokesperson Hannah Hurley wrote in an email to the Arizona Daily Star. “While the Senator knows the bride and groom, she does not know and did not interact with the wedding guests who wore disrespectful and racist costumes to the ceremony, and she strongly condemns such behavior.”

In a separate incident earlier this month, a student at Arizona State University followed Sinema into a bathroom and urged her to support the Biden administration’s reconciliation bill or be voted out of office. The next day, activists confronted Sinema while on a flight from Arizona to Washington, D.C.