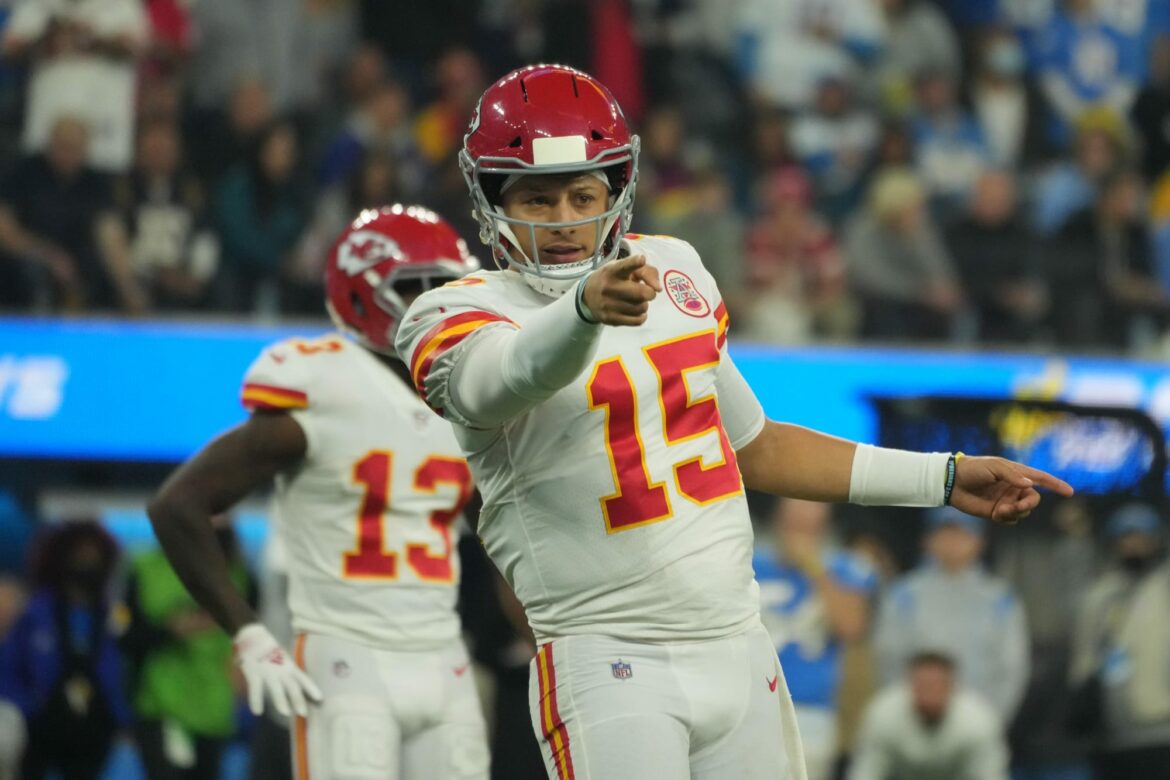 The AFC playoff picture got even crazier this week, as the Kansas City Chiefs are now in first place all by themselves.

The AFC playoff picture has the Kansas City Chiefs sitting in first place through most of Week 15.

While there are five games left to be played this week (Sunday Night Football, Monday Night Football and the three rescheduled games), all but two AFC teams have played thus far. Though the early Monday night game between the Las Vegas Raiders and the Cleveland Browns has some playoff implications, the winner of that game may only be getting in as a Wild Card team this year.

Here is what the AFC playoff picture looks like heading into Sunday Night Football in Week 15.

*= Cleveland Browns will host the Las Vegas Raiders on Monday night at 5:00 p.m. ET.
**= Houston Texans, Jacksonville Jaguars and New York Jets have been eliminated from playoff contention in the AFC.

The Chiefs are 10-4, lead the AFC West and are in possession of the precious first-round bye, if the season ended today. The New England Patriots and the Tennessee Titans lead the AFC East and the AFC South divisions respectively by a game at 9-5. New England has the head-to-head tiebreaker over Tennessee. Leading the AFC North at 8-6 are the Cincinnati Bengals, surprisingly.

Cincinnati owns the head-to-head tiebreaker over the Baltimore Ravens for the divisional lead and the No. 4 seed — but if Cleveland beats the Raiders on Monday, they move into the top spot in the division. Baltimore trails the Indianapolis Colts, the Los Angeles Chargers and the Buffalo Bills among the four 8-6 teams that are not leading their division. There is where it gets a tad confusing, but here is how Indianapolis, Los Angeles and Buffalo are the three Wild Card teams.

Indianapolis has the best conference record of the four, so the Colts would be the No. 5 seed. Los Angeles has the better conference record over Buffalo and Baltimore, so that is how the Bolts get the No. 6 seed. Buffalo edges out Baltimore for the last spot in at No. 7 based on the common record tie-breaking method. After that, five more teams are still alive for the playoffs in the AFC.

The Browns are ninth place at 7-6 with the home game vs. the Raiders still to be played this week. The 10th-place team is the Pittsburgh Steelers at 7-6-1. The Miami Dolphins edge out the Denver Broncos among the 7-7 teams based on conference record. The only other team still alive for the postseason in the AFC are the Raiders at 6-7 with a road game vs. the Browns still to be played.

Sadly, the New York Jets (3-11), the Houston Texans (3-11) and the Jacksonville Jaguars (2-12) have been eliminated from the AFC playoff picture through Week 15.