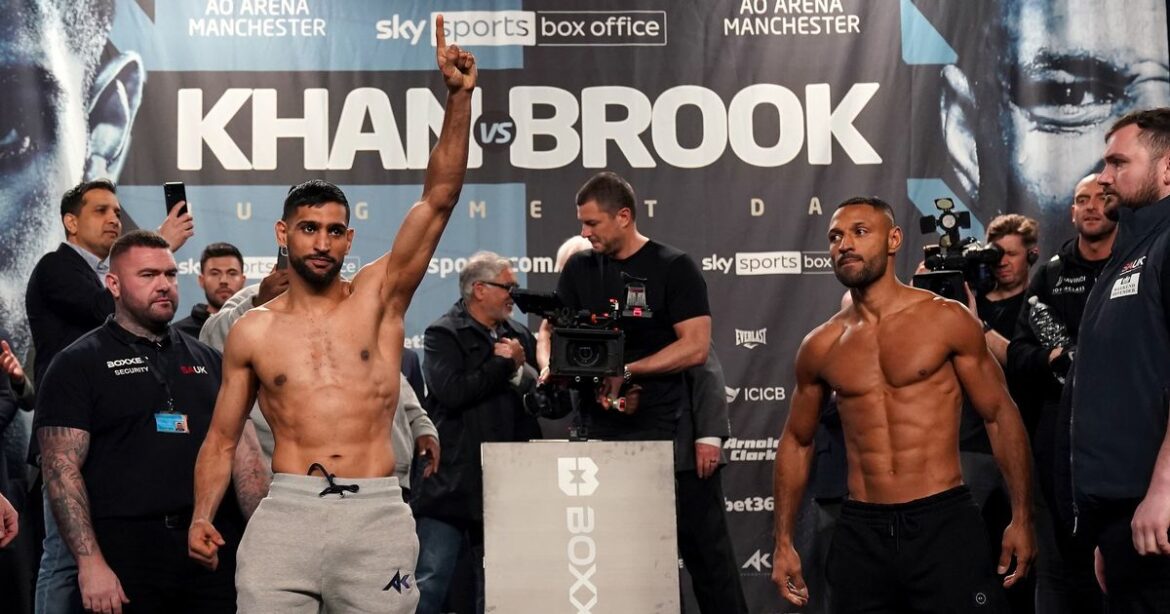 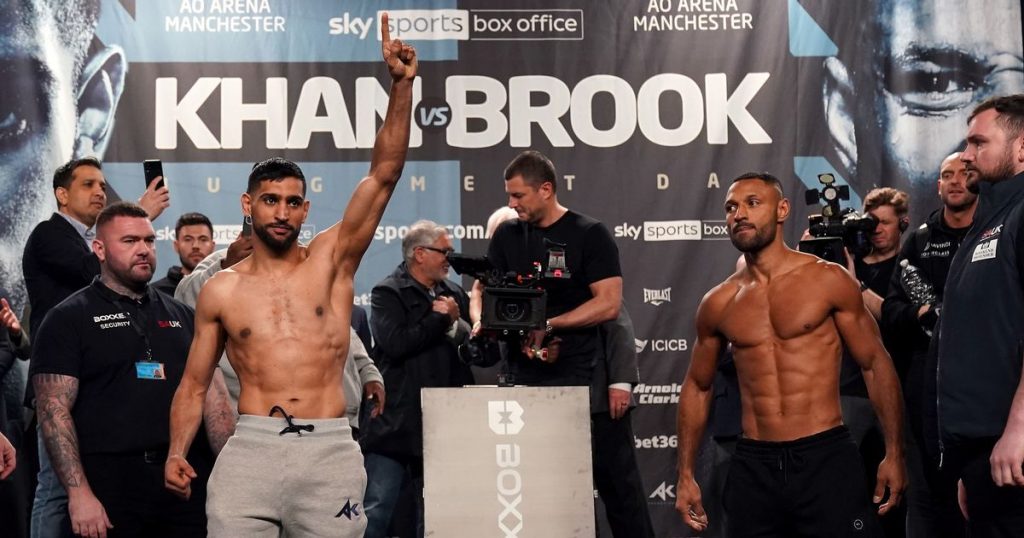 It’s a fight that fans have been calling to see for nearly a decade now.

Both Amir Khan and Kell Brook, while bitter rivals, have a ton in common. Both, of course, hail from England, are at the exact same age at 35 and held world titles at one point during their respective careers. Most importantly, both guys are well past their primes.

Following years of nonstop trash talk and the acceptance that they’ll never tango in the ring, the pair will finally get it on in Manchester Arena in the United Kingdom later on tonight.

Like most of us, oddsmakers are having a hard time seeing how this one plays out. Neither man will be fighting for a world title anytime soon and both have spent most of their recent time sequestered on the sidelines.

In the case of Khan, he suffered a one-sided knockout loss at the hands of Terence Crawford, now his biggest supporter, in April of 2019. The Olympic silver medalist picked himself up by his bootstraps, dusted himself, and sought a much easier opponent, ultimately selecting former super featherweight contender, Billy Dib. Khan would go on to easily stop his man in the fourth round of their showdown in July of 2019.

As for Brook, his most recent form hasn’t been impressive either. With his body still appearing to be made from granite, his chin is a bit more on the delicate side nowadays. In his most recent ring appearance, Brook, ironically enough, was also stopped at the hands of Crawford. The two squared off in November of 2020, with Brook faltering midway through the fourth round.

Khan, overall, has had the better career. He dominated during his time as an amateur, wrapping his time in the unpaid ranks with a record of 101-9, an Olympic silver medal, and a unified title reign at 140 pounds. Yet, despite what he’s accomplished, Khan’s past achievements are viewed as a thing of the past. Most oddsmakers have tabbed him as a slight underdog at +135 with Brook checking in at -165.

In our view, the betting market got this one wrong. The punch resistance of both Khan and Brook have seen better days. But unlike Brook, Khan still has the speed and overall skills advantage going for him in this one. If this contest took place when they were in their primes, we’d side with Brook but with both men having little to nothing left, their showdown should be viewed as a pick em.

Overall, Khan has just a little bit more in the tank and should be able to pull off the victory. We’ll take the speedy Khan in the upset of a contest that’s way past its expiration date.