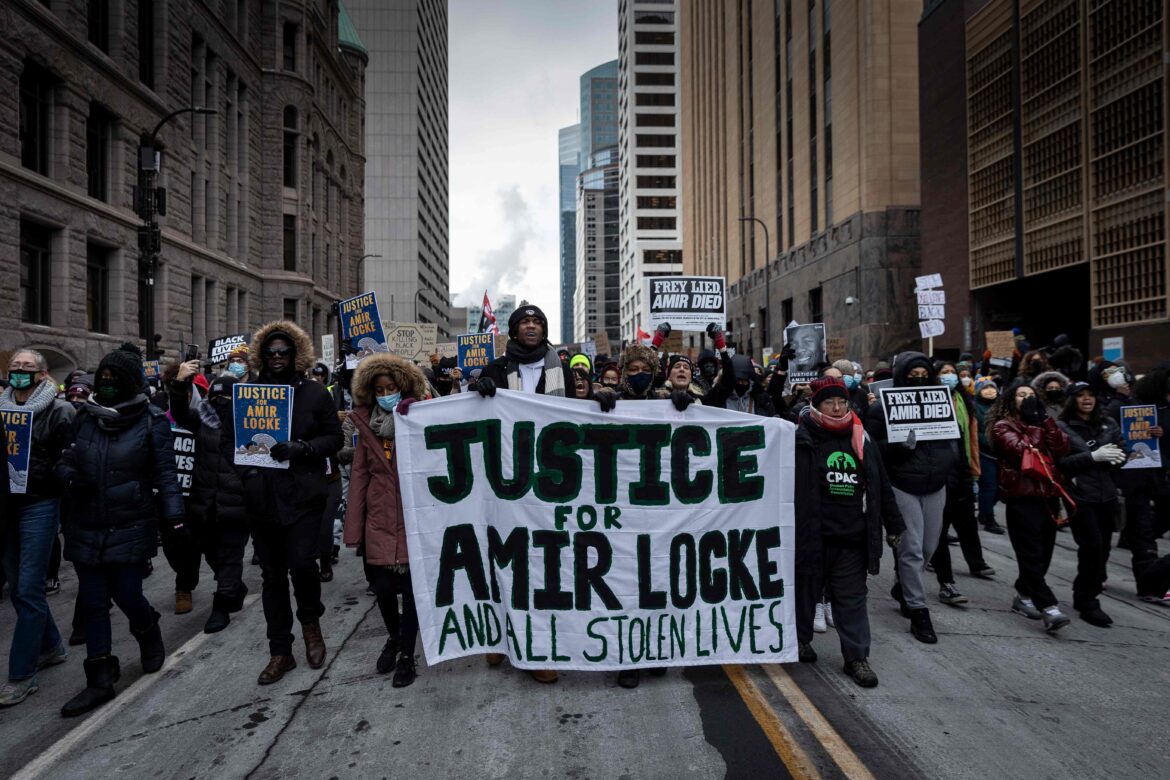 Locke, 22, was fatally shot by police on Feb. 2 after being awoken by officers while sleeping on a couch in an apartment belonging to a relative’s girlfriend. He was not the target of an ongoing homicide investigation, according to a newly unsealed search warrant requested as part of a St. Paul Police Department homicide investigation.

St. Paul police initially requested a more typical “knock and announce” warrant per their policies, but that warrant, which was to be jointly executed with Minneapolis Police Department’s SWAT team, was never executed. Instead, a separate warrant that included both nighttime service and a “no knock” was drawn up. It was approved by Hennepin County District Court Judge Peter Cahill.

Minneapolis police tightened its policies on unannounced entries in November 2020, months after George Floyd was killed by officer Derek Chauvin, but it stopped short of banning them all together. The policy requires officers to announce themselves “prior to crossing the threshold of the door into the residence or building” and to give announcements periodically throughout.

“The initial search warrant is based on how we handle things,” Linders said. “And then we talked to our partners, the other agency and of course, during that discussion, they make their desires clear and then we readjust.”

A Minneapolis police spokesperson and attorneys representing Locke’s family did not immediately respond to requests for comment.

Locke’s cousin, Mekhi Speed, lived in the same Minneapolis apartment building and has been arrested and charged by prosecutors with two counts of murder in the Jan 10. fatal shooting of Otis Rodney Elder, 38.

The suspects were attempting to rob Elder when he was shot inside his vehicle, according to police.

Elder’s partner, Princess Evans, 27, said he was “targeted” and his death has been “swept under the rug” amid the attention on Locke’s killing. Evans said Elder was a devoted father of four and had recently started his own business.

“I’m upset with the justice system because they failed everybody,” she said. “There’s two broken families right now.”

Speed, 17, is being held in Ramsey County Juvenile Detention Center. The state asked the court for an order enabling it to prosecute the 17-year-old as an adult because “retaining the proceeding in juvenile court does not serve public safety.” Under Minnesota law, it’s presumed a child will face trial as an adult if they are 16 or older and the alleged crime would result in a prison sentence or was a felony involving a firearm.

The search warrant, which was looking for property related to the homicide investigation, makes no mention of Locke. His family said he had no criminal record and legally possessed a gun, which police say he pointed in their direction during the raid.

The incident unfolded in less than 10 seconds, according to body camera footage released by Minneapolis Police Department.

At 6:48 a.m. officers used a key to enter the apartment, yelling “police search warrant” as they walked through the door.

A jumble of voices scream different directions at Locke, who is spotted asleep and wrapped in a white comforter on the couch. One officer kicks the couch as others appear to yell words such as “hands,” “get on the ground,” and “show me your hands.”

Locke’s head peeks out of a comforter, as does the barrel of a gun – and in a still frame you can see his finger against the barrel but off the trigger – before three gunshots fired by Minneapolis Police officer Mark Hanneman can be heard.

Locke, who was struck twice in the chest and once in the wrist, later died at a hospital.

Hanneman has been placed on paid administrative leave.

“It is really tragic because I find no fault in him (Locke) other than it’s a startle response waking up in the middle of the night and he has a gun,” said retired Los Angeles Police Sgt. Lou Salseda, a defense tactics trainer. Locke, who may have thought there was some home invasion ongoing, “really hasn’t done anything wrong.”

‘DIDN’T EVEN GIVE HIM A CHANCE’:Minneapolis police ‘executed’ Amir Locke during no-knock raid, family says

“You’re going to wake up and your heart is going to be pounding through your shirt. Then you’re trying to think from a sleep,” Salseda said. “If you haven’t practiced and thought about and planned on it, by the time you get to your reaction, then it’s over.”

Calls to ban the use of no-knock warrant grew after Breonna Taylor was killed by police during a 2020 raid on her home in Louisville, Kentucky.

Following outrage over Locke’s death last week, Minneapolis Mayor Jacob Frey implemented a “moratorium” which limited the issuance and execution of no-knock warrants. Minnesota lawmakers said they will also push to limit the use of no-knock warrants statewide to situations like false imprisonment, kidnapping and human trafficking. 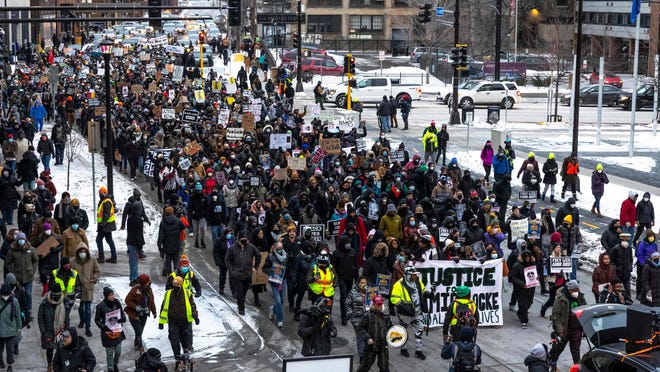