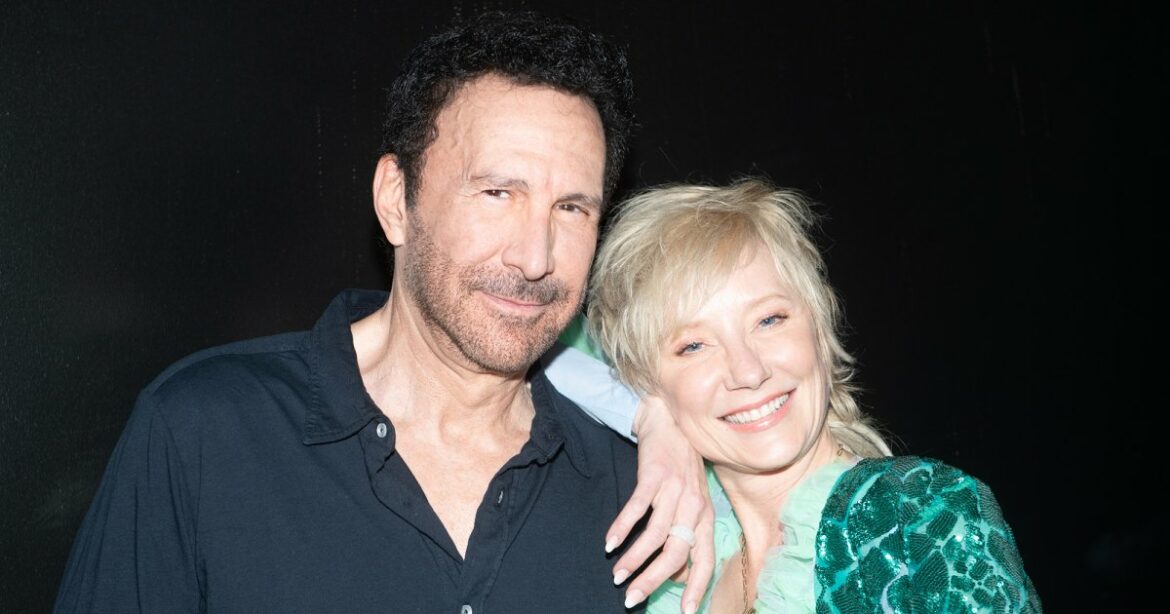 Summer loving. Anne Heche didn’t just get a tan while on vacation in the Hamptons — she found love, Us Weekly confirms.

Heche is dating skincare guru Peter Thomas Roth, an insider exclusively tells Us. “Peter and Anne met through mutual friends in the Hamptons and have been dating for about eight weeks,” the source explains.

The two recently took their relationship back to the city. “They spent a week together in the Hamptons and are now in NYC for Fashion Week,” the insider adds.

Heche, 52, and the businessman, 64, first stepped out together for a Galerie magazine event for the Galerie House of Art and Design’s unveiling. The Dancing With the Stars alum and Roth attended the star-studded event in Sag Harbor, New York, in early August, but they didn’t mention they were dating. However, the duo sparked romance rumors when they were spotted together multiple times throughout the month.

The pair seemed more comfortable showing their affection at the New York Fashion Week parties. On Thursday, September 9, Heche and her new boyfriend painted the town red as they cuddled up to each other in front of the cameras and on the dance floor.

Roth — who owns Peter Thomas Roth Clinical Skin Care and Peter Thomas Roth Find Jewelry — was previously married to Noreen Donovan, with whom he shares two sons. They split after nearly 20 years of marriage when Roth filed for divorce in 2016. Post-breakup, he was linked to actress Brooke Mueller.

Meanwhile, Heche married cameraman Coleman Laffoon in 2002. She shares son Homer, 19, with her ex-husband, who she divorced in 2009. Later, Heche and her Men in Trees costar James Tupper welcomed son Atlas in March 2009. The parents, who never married, separated in 2018 after a decade together.

Prior to her nuptials, Heche famously dated Ellen DeGeneres from 1997 to 2000. Openly gay couples were rare in Hollywood, so their presence made an impact — one that still makes Heche proud.

“Our time was a beautiful part of my life and one that I wear with honor,” the My Friend Dahmer actress told Mr. Warburton magazine in September 2020. “I was a part of a revolution that created social change, and I could not have done that without falling in love with her.”

Scroll down to see Heche and Roth at NYFW: