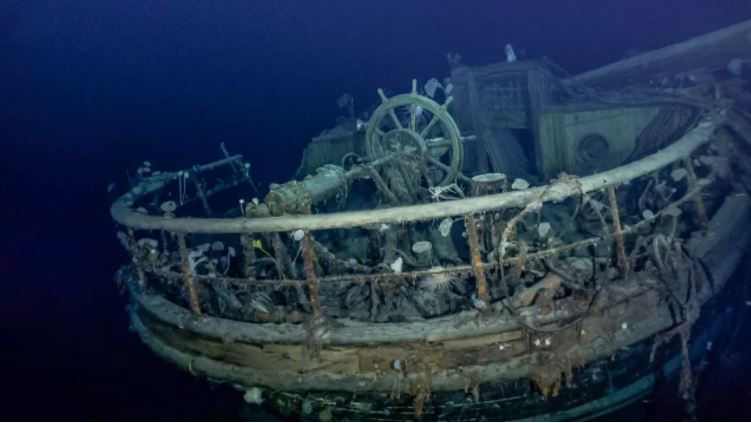 The wreck of the Endurance, which carried explorer Ernest Shackleton to the edge of Antarctica in 1915 before being crushed by ice and sunk, has been discovered almost 10,000 feet below the surface of the Weddell Sea.

A search expedition, mounted by the Falklands Maritime Heritage Trust and dubbed Endurance22, announced the discovery in a press release on March 8.

The team of Endurance22 set sail aboard the Agulhas II, a South African icebreaker, in early February. Using a suite of autonomous underwater vehicles, the team looked for unusual features on the seafloor. Eventually, they located the ship, sending down high-resolution cameras to capture the find.

Images of the wreck show that it’s in remarkable condition, colonized by all manner of marine life but not in a severe state of decay. The icy conditions in the Weddell Sea have largely prevented buildup of any organisms that might destroy the wood.

“This is by far the finest wooden shipwreck I have ever seen,” said Mensun Bound, director of exploration on Endurance22. “It is upright, well proud of the seabed, intact, and in a brilliant state of preservation.”

Even with modern polar icebreakers, it’s difficult to get into the region where Endurance went under. However, this year has seen record low sea ice coverage in the Antarctic.

The ship’s demise led to one of Antarctica’s most celebrated survival stories.