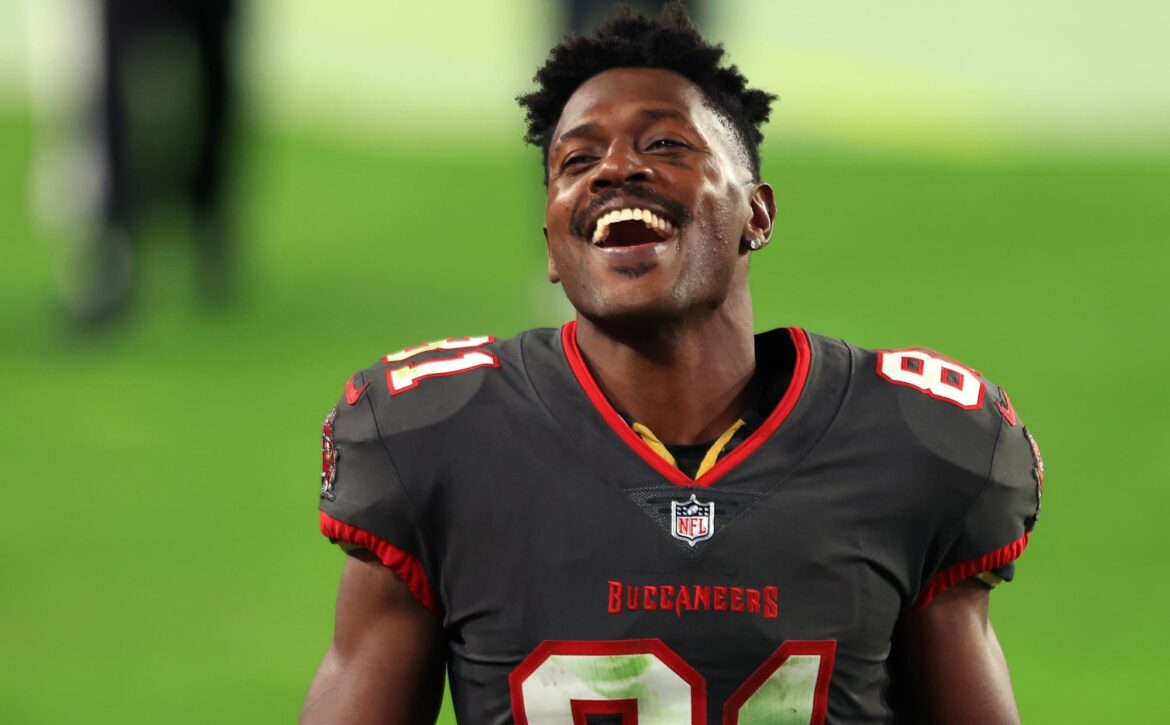 Tampa Bay Buccaneers wide receiver Antonio Brown fired back at PFT’s Mike Florio in a now-deleted tweet that told him to focus his attention elsewhere.

After his COVID-19 fake vaccination card scandal, Bucs wide receiver Antonio Brown has had enough of what he perceives is slander against his name.

Brown went full Birdman, asking the Internet at large to put some respect on his name.

PFT’s Mike Florio couldn’t resist an opportunity to criticize Brown once again for the falsified card, quoting Brown and joking about whether or not there was “room for it on the fake vaccination card.”

Brown responded to Florio in a now-deleted tweet, which read as follows:

“Ima post my Cov 19 Vaccination Video ! Just for U! You need some business so here you go after this focus on the NFL not Himmothy”

The exchange epitomizes these two personalities to their core: Florio couldn’t resist a chance to condemn Brown for what he’d done — Florio has penned countless posts concerning the situation — and Brown couldn’t resist firing back at someone who definitely isn’t putting respect on his name with a somewhat cryptic tweet.

Apparently, Brown is claiming that he now has proof of receiving the COVID-19 vaccine in a video, which raises many questions: why did he get the vaccine now, why didn’t he just get it in the first place if he’s comfortable with getting it, and why is there video proof of the event?

And if you’re wondering who “Himmothy” is, that’s more classic AB: it’s a moniker he gave himself at some point during his brief foray into rap, even naming a mixtape after the alter ego. It’s also in his Twitter bio, so Himmothy is just another name for Antonio Brown — one that is deserving of Mike Florio’s respect.

Florio isn’t going to cater to Brown’s tweets though, as he’s made it abundantly clear that he does not approve of his actions or of his place on the Buccaneers team. On Dec. 5, Florio wrote an article about whether or not the Bucs were considering cutting Brown, calling Brown “radioactive” to most NFL teams. Florio even overanalyzed the fact that Brown “is expected” to return, assuming that Arians intended to send a message to Brown and Edwards for lying by threatening to cut them.

No matter what Florio believes should happen to Brown, the Buccaneers won’t be cutting him anytime soon since he is the only remaining starting receiver available this week. Mike Evans, Chris Godwin, Leonard Fournette are all currently out with injuries, with Godwin now gone for the season with an ACL tear.