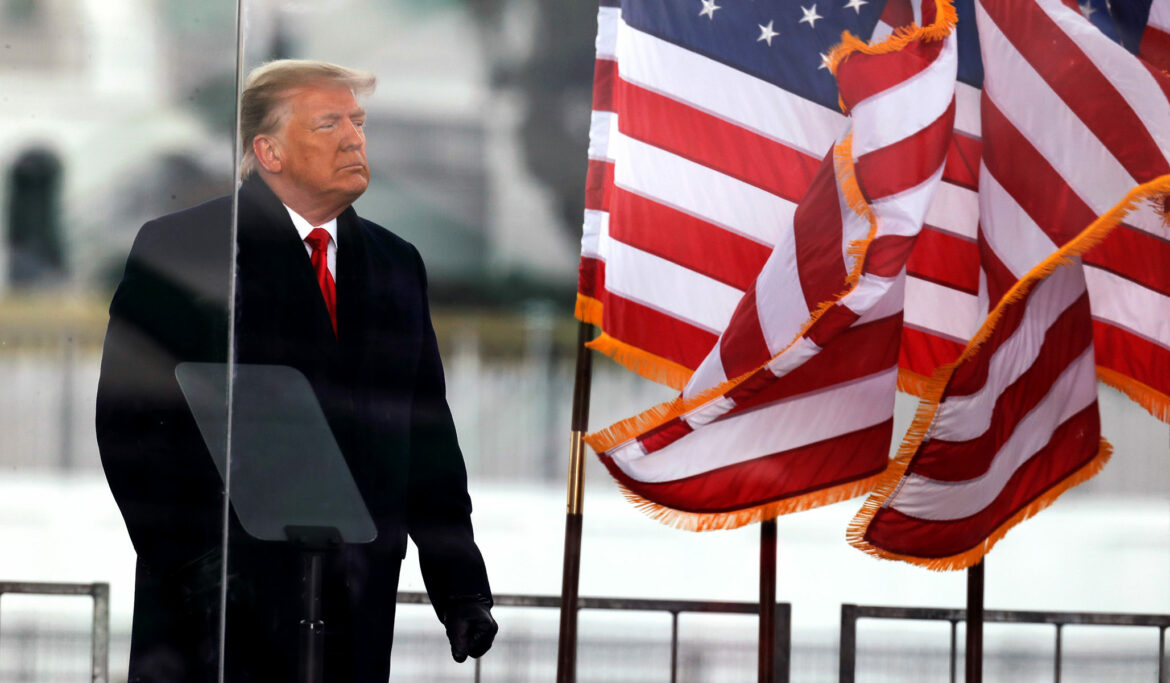 Outgoing President Donald Trump looks on at the end of his speech during a rally to contest the certification of the 2020 presidential election results by Congress in Washington, D.C., January 6, 2021. (Jim Bourg/Reuters)

A federal appeals court temporarily blocked the release of former president Donald Trump’s White House records pertaining to his activities on January 6 of this year, which are sought by the House select committee on January 6.

Trump has sued to prevent the release of the records, and the U.S. Court of Appeals for the D.C. Circuit granted a temporary injunction in order to consider the former president’s arguments. A three-judge panel, all appointed by Democratic presidents, scheduled a November 30 hearing for oral arguments in the case.

The records sought by the House committee include visitor records, call logs, and documents from former Trump staffers. The court injunction prevents the scheduled release of 70 pages of records on Friday and the release of hundreds of other documents initially set for November 26, according to Politico.

President Biden has declined to assert executive privilege over documents sought by the House committee, effectively permitting their release. However, Trump attorney Jesse R. Binnall argued in an initial lawsuit in October that the former president has a constitutional right to demand that those documents remain confidential.

Binhall reiterated that argument in a court filing on Thursday.

“The disagreement between an incumbent President and his predecessor from a rival political party highlights the importance of executive privilege and the ability of Presidents and their advisers to reliably make and receive full and frank advice, without concern that communications will be publicly released to meet a political objective,” Binhall wrote.

The January 6 committee was formed to investigate actions by Trump and his allies leading up to and during the Capitol riot, in which supporters of the former president rioted in the Capitol and interrupted the certification of the Electoral College results.

Staunch anti-Trump representatives Liz Cheney (R., Wyo.) and Adam Kinzinger (R., Ill.) are the only Republicans on the committee.