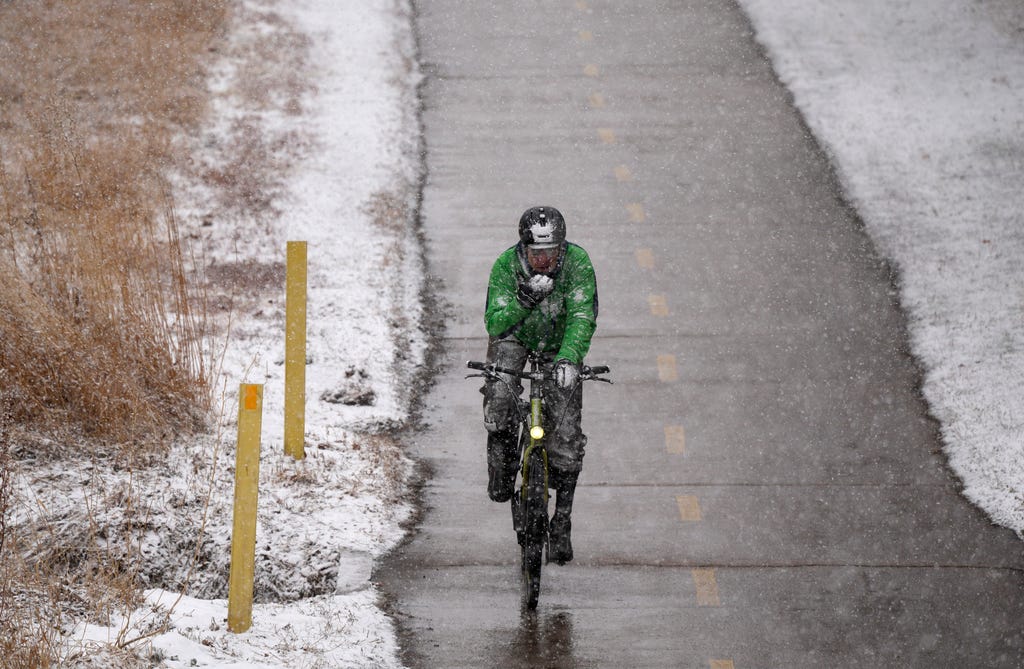 Over the next few days, temperatures will be 20 to 30 degrees below average across the nation’s northern tier. More than 70% of Americans in the Lower 48 will experience temperatures below the freezing mark. Along with the cold, heavy snow will also bring a reminder that winter is not over yet.

After much of the nation enjoyed a mild weekend, frigid weather is on the way for a large chunk of the U.S. through the upcoming week, forecasters said, warning of “dangerously cold wind chills” over portions of the central U.S.

Over the next few days, temperatures will be 20 to 30 degrees below average across the nation’s northern tier, the National Weather Service said. Several locations could see record-breaking cold.

For example, Rapid City, South Dakota will dip from a high of 53 degrees Sunday to 1 degree for a high on Tuesday, the Weather Service said.

WHAT IS WIND CHILL?Here is how the wind chill index is calculated

Snow in the forecast; ‘near blizzard’ in the Dakotas

Along with the cold, heavy snow will also bring a reminder that winter is not over yet. “A swath of plowable snow is expected from Wyoming and Colorado through northern Nebraska and the Dakotas to Minnesota, Wisconsin and northern Michigan,”  AccuWeather meteorologist Renee Duff said.

On Monday, the Weather Service warned that “increasing wind may lead to significant blowing and drifting of snow. Near-blizzard conditions are possible over parts of North and South Dakota. Travel is discouraged.

WHAT IS THUNDERSNOW?Learn now the weather phenomenon can form

“Total snowfall amounts will likely exceed 6 inches from the Dakotas into the Upper Great Lakes. More than 12 inches are possible in some areas over the two days,” the Weather Service said.

WHAT IS AN ALBERTA CLIPPER?These storms move fast, just like the ships they’re named after

The Weather Service office in Nashville warned that “confidence is increasing that a multiday rainfall event will bring concerns of flooding.”

The associated heavy rain will create numerous areas of flash flooding across the South, the Weather Service said. “Furthermore, many streams may flood, potentially affecting larger rivers from Tuesday into Wednesday morning.”