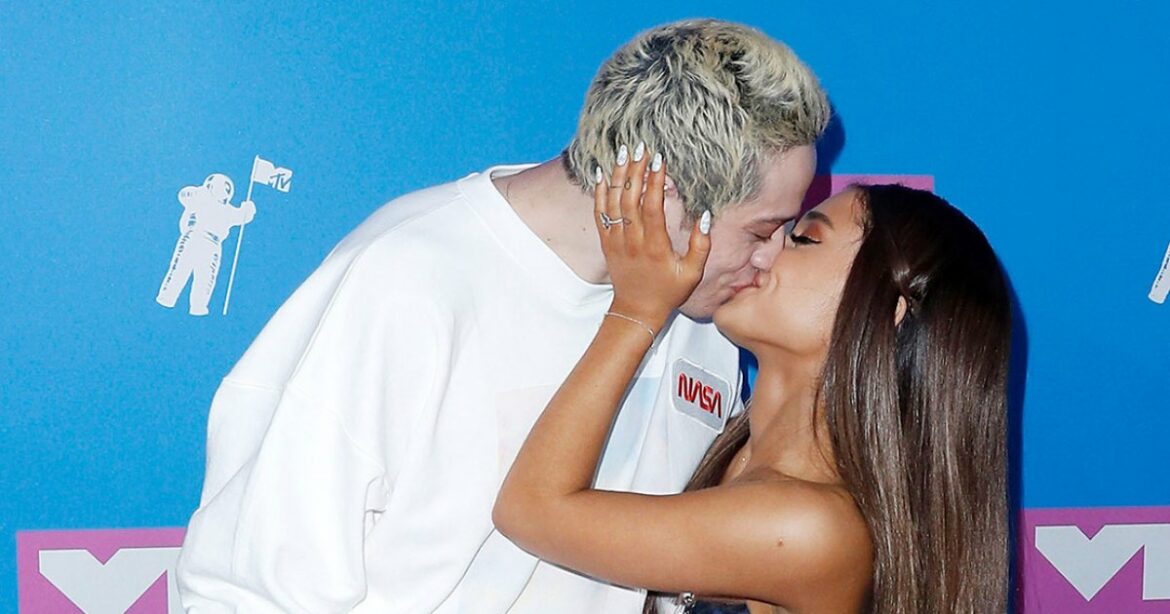 No better way to make an entrance! The MTV Video Music Awards are known to make headlines for awesome performances, viral moments and even red carpet debuts for some of Hollywood’s most fun couples.

In 2018, Ariana Grande and Pete Davidson made their first awards show appearance as a couple, just two months after getting engaged. Though the “7 Rings” songstress and the Saturday Night Live star called it quits on their relationship weeks later, the twosome stole the show both on the red carpet and inside New York City’s Radio City Music Hall.

“Pete Davidson, thanks for existing,” the “God Is a Woman” singer gushed during her acceptance speech after winning in the Best Pop Video category. “Love you.”

Nearly two years after ending her engagement to Davidson, the Grammy winner returned to the VMAs to perform her hit collab “Rain on Me” with Lady Gaga.

“Thank u so much for having me @ladygaga i love u with all my heart always. u were so beyond brilliant tonight. so grateful to have been a part of this with u. & thank u again @mtv. 🖤,” Grande captioned an August 2020 Instagram slideshow. The final photo showed the singer holding hands with Dalton Gomez, whom she wed in May 2021.

Also in 2018, Victor Cruz and Karrueche Tran stepped out for a head-turning appearance at the VMAs. The athlete and the Claws actress looked lucky in love as they posed for photos and kept close, walking hand in hand.

Hours later, Cruz announced that he would be retiring from the NFL to become an analyst for ESPN.

“The game of football has given me so much,” Cruz shared in a series of YouTube videos at the time. “As soon as I got on that practice field, as soon as I put on those pads and that uniform and started playing, it was a place of zen for me … This last chapter of my life was a great one, obviously — to win the Super Bowl, to play in the Pro Bowl, to have my daughter be born throughout all of this, as well.”

He added: “As I officially close one chapter of my life and begin another, I could not be more thrilled to join another championship team at ESPN. I’m excited to get started and share my insight and analysis with the viewers and fans of the NFL.”

One year later, Miley Cyrus and Kaitlynn Carter had a PDA-filled evening less than a month after they were first romantically linked. The Hannah Montana alum performed “Slide Away” at the awards show and a source told Us Weekly at the time that Carter showed up at the singer’s rehearsal and watched the live show backstage.

Scroll down to see some of the couples that made their red carpet debuts at the VMAs!