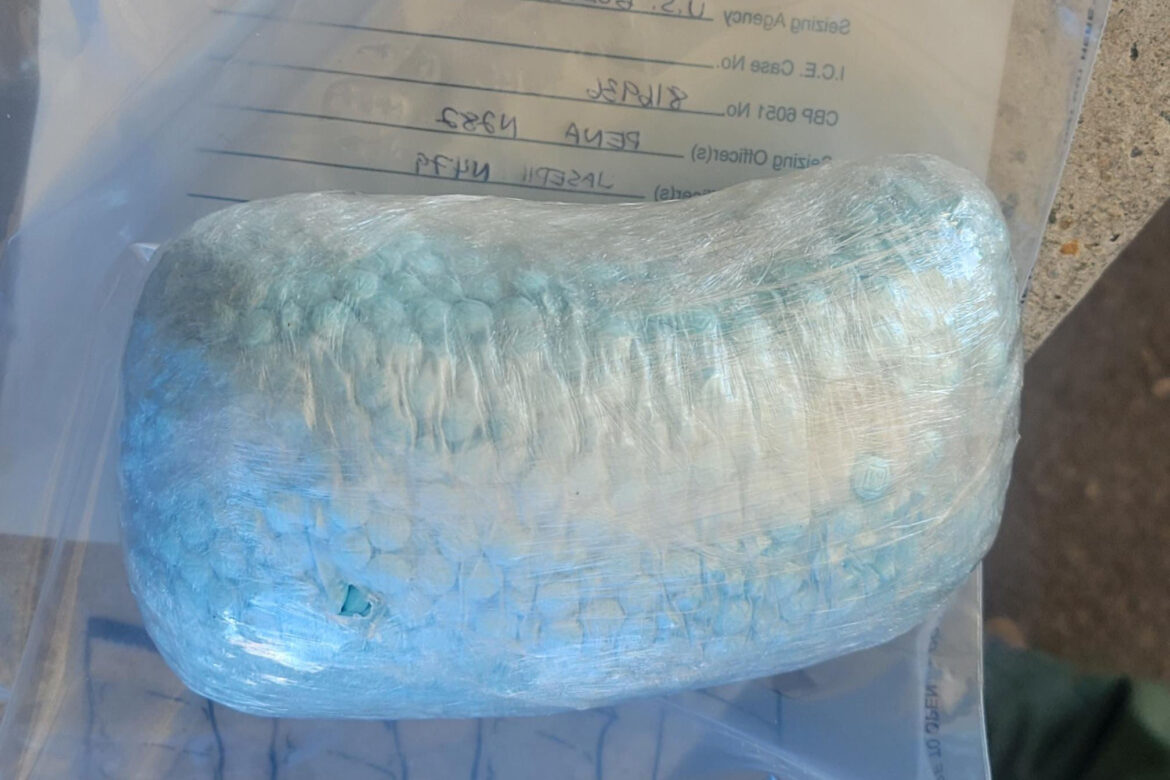 U.S. Customs and Border Protection Officers have arrested a Mexican national who was allegedly attempting to smuggle $85,000 worth of fentanyl pills.

The suspect was arrested by agents working the I-19 Checkpoint, John R. Modlin, Chief Patrol Agent of CBP’s Tucson Sector, said Monday. The checkpoint is near the Arizona-Mexico border.

Modlin said the individual was attempting to smuggle the pills under his clothes while onboard a shuttle that was headed to Tucson, which is roughly 80 miles north of the international border.

The case has been turned over to the U.S. Drug Enforcement Administration’s office in Phoenix. No additional details were released.

The arrest came less than a week after 100 Republican members of Congress called on President Biden to label fentanyl-related drugs a schedule-one substance.

Wisconsin Rep. Bryan Steil, a Republican, led a letter with over half of the House GOP Caucus to Biden, calling on the president to continue his support of cementing fentanyl’s highly illegal status under the Controlled Substances Act.

“Fentanyl kills more people age 18-45 than car accidents, suicide, or COVID-19,” Steil told Fox News Digital in an email statement. “We cannot stand by and watch as Americans are being killed by the flood of fentanyl-related substances coming into our country.”

Agents working the I-19 Checkpoint arrested a Mexican national who attempted to smuggle fentanyl pills under his clothes while onboard a shuttle on its way to #Tucson. The fentanyl pills were worth approximately $85,000.00. The case was turned over to @DEAPhoenix. #Teamwork! pic.twitter.com/c4uvfRbicu

Fentanyl-related substances are deadly synthetic opioids ravaging American communities. The drugs, alongside the base drug they are altered from fentanyl, are the current leading cause of overdose deaths in the U.S.

Fentanyl is also one of the most common illegal substances confiscated from illegal immigrants crossing the southern border, with the lawmakers writing that “U.S. Customs and Border Protection (CBP) reported a 1,066% increase in fentanyl seized at eight Southern Texas ports during Fiscal Year 2021.”