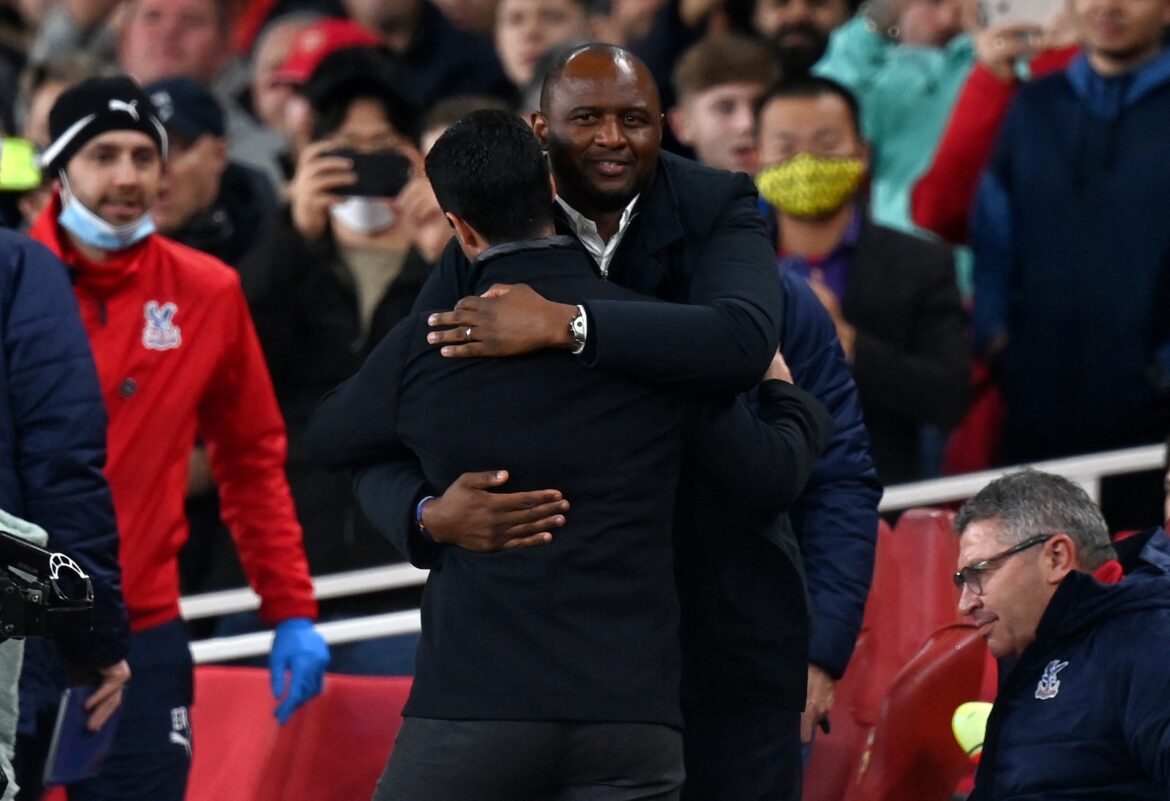 Not having any European football has made for long breaks in between Premier League matches for Arsenal, those which supporters have to bite the bullet on. The international break is even harder.

Mikel Arteta’s side won’t be back in action until April 4 when they make the short journey south to Crystal Palace, bringing an end to an agonising 16-day gap. There have been some crucial World Cup play-offs to enjoy, but it’s been majorly mind-numbing. Again.

Heading into this game with form and confidence on their side, a resilient victory over Aston Villa lasst time out puts Arsenal in a strong position to keep hold of their top four spot for that little while longer.

Some are tipping six wins and two draws from the remaining ten games being enough to secure a Champions League berth, and while Palace may seem like a game where only three points will suffice, Patrick Vieira‘s side are in strong form ahead of Monday’s clash.

They have lost only one of their last ten in all competitions, a home defeat to Chelsea, and have booked their place a Wembley after dismantling Everton 4-0 in the FA Cup quarter-finals.

Zaha suffered a hamstring pull prior to Ivory Coast’s 3-0 friendly defeat to England, while Olise had to withdraw from the France Under-21 squad with a foot injury, one that also looks set to cost him a place in the squad for Monday.

Both a big doubts.

As for Arsenal, they have two injuries of their own which they’re hoping to see recovered in time for Monday, with summer signings Takehiro Tomiyasu and Aaron Ramsdale playing no part in the squad that secured victory at Villa Park.