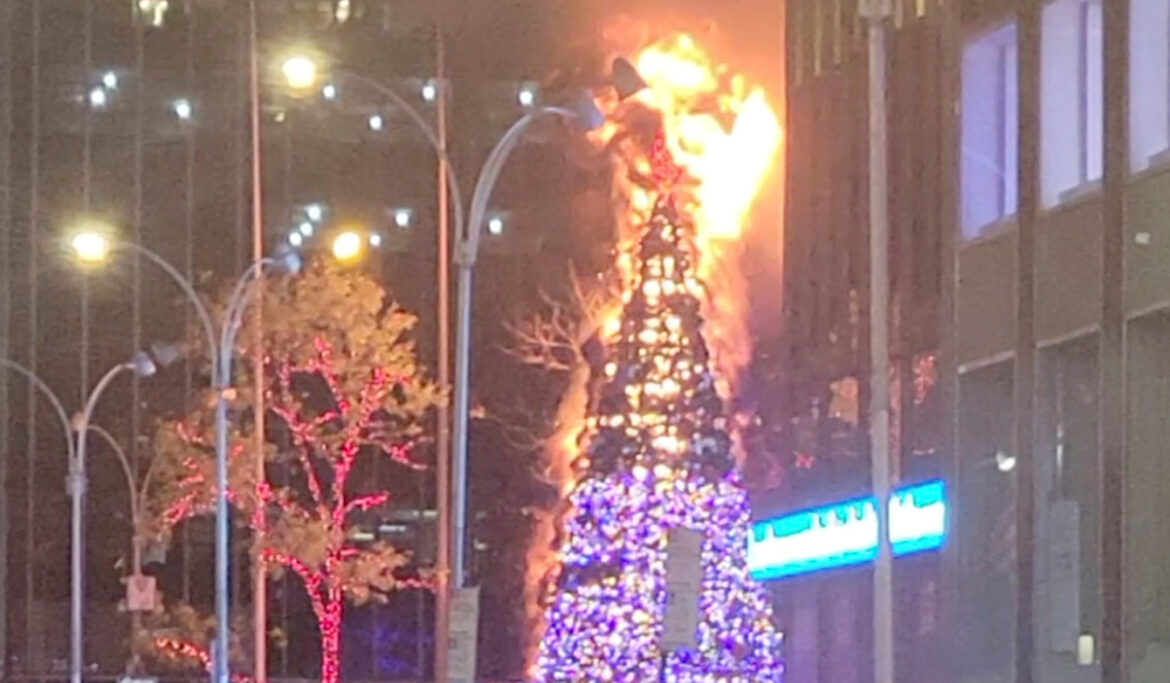 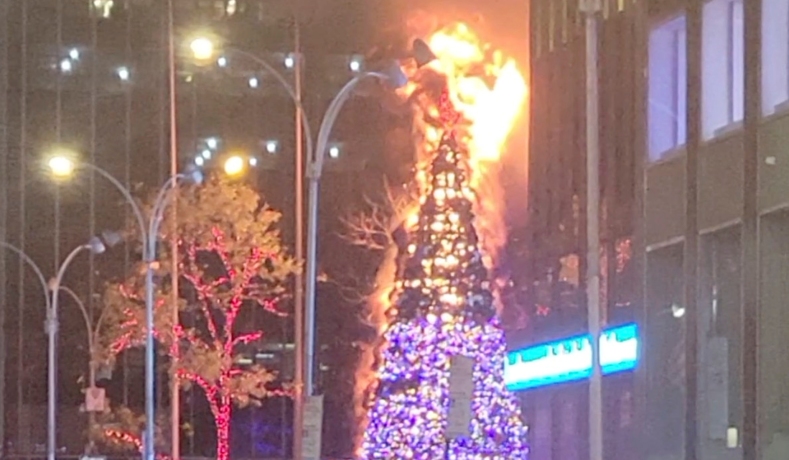 In this image obtained from a social media video, a Christmas tree burns outside the Fox News building in New York, N.Y., December 8, 2021. (Twitter:@RajeloNess/via Reuters)

A man was arrested early Wednesday morning for allegedly setting fire to the Christmas tree outside the News Corporation building in midtown Manhattan, which houses Fox News, the New York Post, and the Wall Street Journal.

Set on fire just after midnight, the tree was quickly consumed by an inferno, emitting smoke and damaging adjacent vegetation planted on the square. The holiday display was positioned in front of the building straddling the commercial Avenue of the Americas.

By the time the fire department responded and extinguished the blaze, the tree was significantly burned, leaving a supportive wooden frame behind.

The NYPD arrested the alleged arsonist early Wednesday and took him into custody, the New York Post confirmed. Police did not determine a motive for the crime or reveal whether the incident was intended as a political statement, given that the three journalism outlets located in the News Corp office are understood to represent right-of-center media.

The NYPD tweeted a statement early Wednesday that read: “Earlier this morning, a 49-year-old man climbed a Christmas tree at 48 St & 6th Ave in Manhattan & lit a fire causing the tree to become engulfed in flames. The fire was extinguished & responding officers arrested the suspect, who has been charged for this crime.”