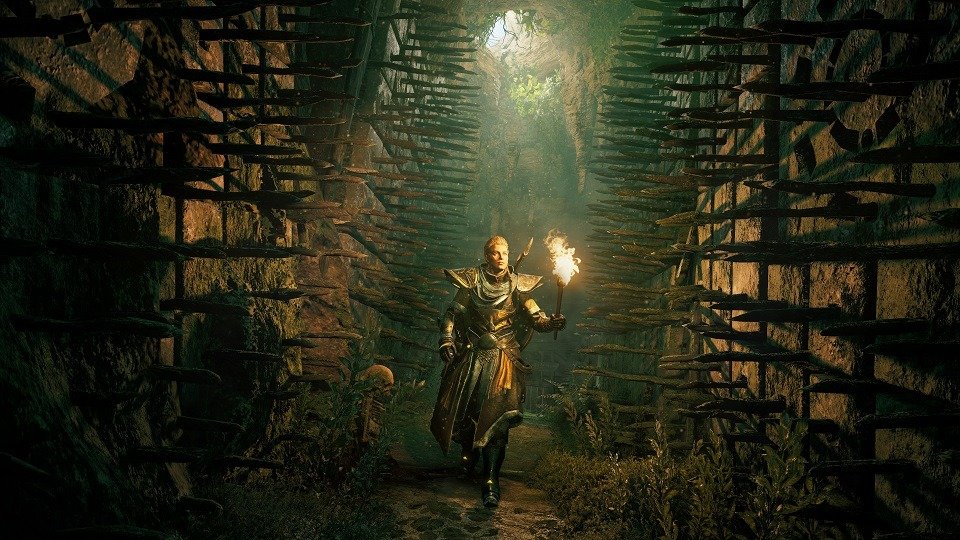 A brand new Title Update for Assassin’s Creed Valhalla is set to be deployed later today (November 9) for all supported platforms.

Today’s new Assassin’s Creed Valhalla update is set to be a big one as it includes plenty of bug fixes and gameplay improvements, whilst also adding four new ‘Tombs of the Fallen’ and the Oskoreia Festival which will run from November 11th to December 2nd.

More details on Title Update 1.4.0 can be found in the official patch notes below.

READ MORE: A GTA IV Remaster Could Be Arriving In 2023, According To Insider

According to the official Ubisoft website, today’s (November 9) Valhalla update is set to be deployed at 4AM PT / 7AM ET / 12PM GMT.

The patch size for each platform can be found below:

For details on what’s included in today’s new Assassin’s Creed Valhalla update, check out the official patch notes below.

How keen is your eye? 👁 Tombs of the Fallen arrive on November 9, bringing new challenges to places you may have already been…

🔬 We’ll try not to rune the surprise! pic.twitter.com/FOMeofAYes

Below you will find the official patch notes for the November 9 Assassin’s Creed Valhalla, which now brings the game to version 1.4.0.

TOMBS OF THE FALLEN

Added four new Tombs of the Fallen to the game.

Four puzzle-focused tombs are waiting to be uncovered across England. Did someone say Odin Rune?Unlock two new trophies/achievements upon completing one or three Tombs of the Fallen, respectively.Access requirements: This content is available upon unlocking the settlement through the main storyline.

Added in-game support for the Oskoreia Festival to the game.

Available from November 11 through December 2.New quests and activities, including horseback riding and a tournament against spirits.New spooky rewards.Access requirements: Players must reach England and complete one of the first two narrative arcs (Grantebridgescire or Ledecestrescire) and have a settlement at Level 2 to participate in the Oskoreia Festival.

Perfect Parry: Parry LB/L1/Q in the nick of time to deal additional damage to the attacker.Master Counter Roll: Adds a Hidden Blade strike while executing a Counter Roll.Improved Bow Stun Finisher: Initiating the Bow Stun Finisher will now shoot arrows at all stunned enemies in view.

Unable to interact with AxeHead.Unable to escort convey in quest “Old Friends,” marker did not move.Cavalier/Heavy Cavalry stopped fighting when the player was mounted on a Horse and was further away.Basim and Sigurd didn’t follow the player in Brewing Rebellion.Quest NPC could be beneath the world in The Thegn of Lincoln.Cordial Invitation couldn’t be started due to a dead NPC.Orwig Neverdeath didn’t spawn in Hordafylke.Couldn’t interact with NPC during Edmund’s Arrow world event.Couldn’t defeat boss in Binding Fate due to them spawning underground.“New Avenge Quest” celebration repeatedly appeared on the screen when looting or interacting with objects near the avenge corpse without picking up the quest.Unable to pick up Arc of Elan in the longhouse.“Exploration Area” did not disappear when tracking another quest.Discovery Tour: Viking Age – Quest objective didn’t update in A Barter for Peace.River Raids – Removed fish to balance ration availability.Wrath of the Druids – Unable to interact with letter in Flann Sinna’s tent during Courting the Kings quest.

BattleCry didn’t affect alpha animals during fights.Missing vibration or haptic feedback on PS5 after version 1.3.2.Level 2 Axe Fury did not receive intended ability modifiers.Numerous NPC behavior issues.Weapon perks not activating correctly or activating outside of their intended conditions.Numerous clipping issues.Some 1H swords could cost more to upgrade than others.Animals didn’t go into the stunned stance emptying their defence bar with melee attacks.Fish could be seen teleporting when fishing under certain conditions.Helmets could still be displayed during some cutscenes, even when not intended.Eivor was unable to perform a forward roll when jumping from a height using M&K.Players can now toggle walk/run state during auto movement.

Instances of misplaced or floating objects or textures.Instances where Eivor, NPCs, or the longship would get stuck.