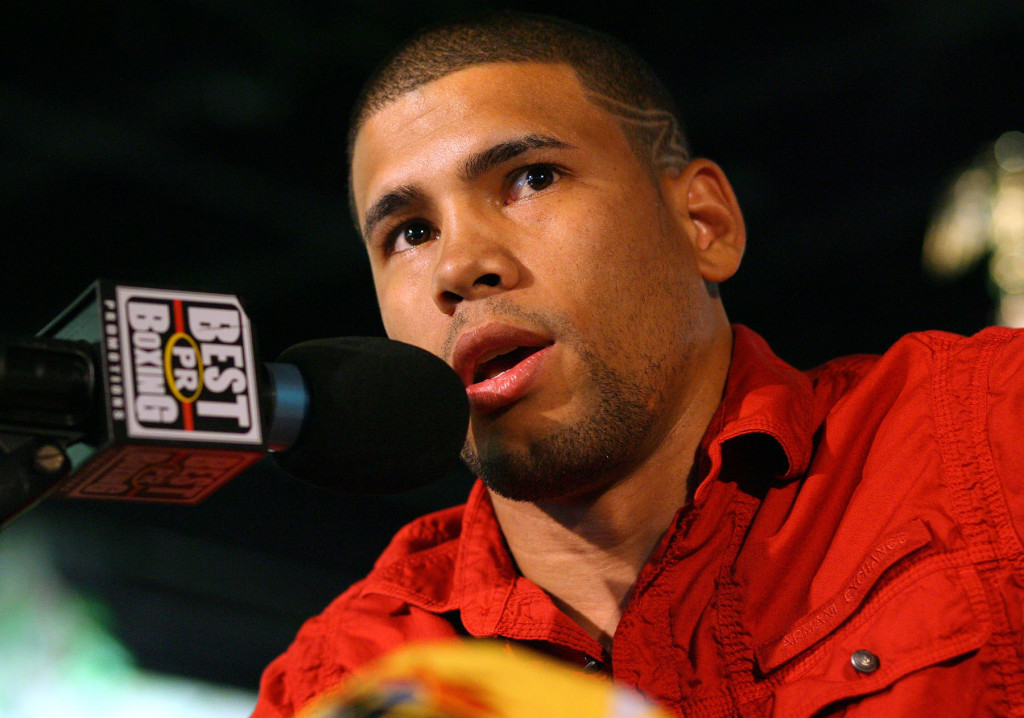 Last fall, former multi-titlist Juan Manuel Lopez was arrested in Puerto Rico after his ex-girlfriend, Andrea Ojeda, accused him of brutal violence. After turning himself into authorities in Caguas, Lopez was charged with numerous counts of abuse and assault. He was released from custody on a $175,000 bond. On Wednesday, however, Judge Ana Cruz Valez of Cuagas’ Court of First Instance, dismissed the charges against Lopez because Ojeda didn’t arrive at court to present testimony. An electronic shackle was removed from Lopez’ ankle, as he was taken off legal supervision. The prosecution, however, still has the right to “resubmit the case.”

“I have been keeping quiet for a long time,” Ojeda stated last autumn, before adding she had “left Juanma because he is an abuser.” According to Ojeda, at least some of Lopez’ problems stemmed from the bottle. “He has alcoholism problems,”  she said of Lopez, who had retired the previous winter. Lopez had previously been in trouble for abuse when he was charged by Geraldine Crespo, though Crespo eventually decided not to pursue matters herself. Had Lopez been tried and convicted of the recent charges against him, the man could have served over two decades in prison.

Ojeda declared on Tuesday that justice system of Puerto Rico “revictimizes” victims and attempts to “turn their lives into a circus.” According to ey Boricua: “This court case has been very mediatic due to the fame of the former boxer.”

As a professional fighter, Lopez had an illustrious, if ultimately uneven, ring career which saw him win world titles at junior featherweight and featherweight respectively. Indeed, the man didn’t lose a match until his 31st fight, when he was stopped by Orlando Salido in 2011. Although he lost major battles, Lopez faced up against such notables as Mikey Garcia and Daniel Ponce De Leon. His final record was 43-6 in a career that lasted close to fifteen years.