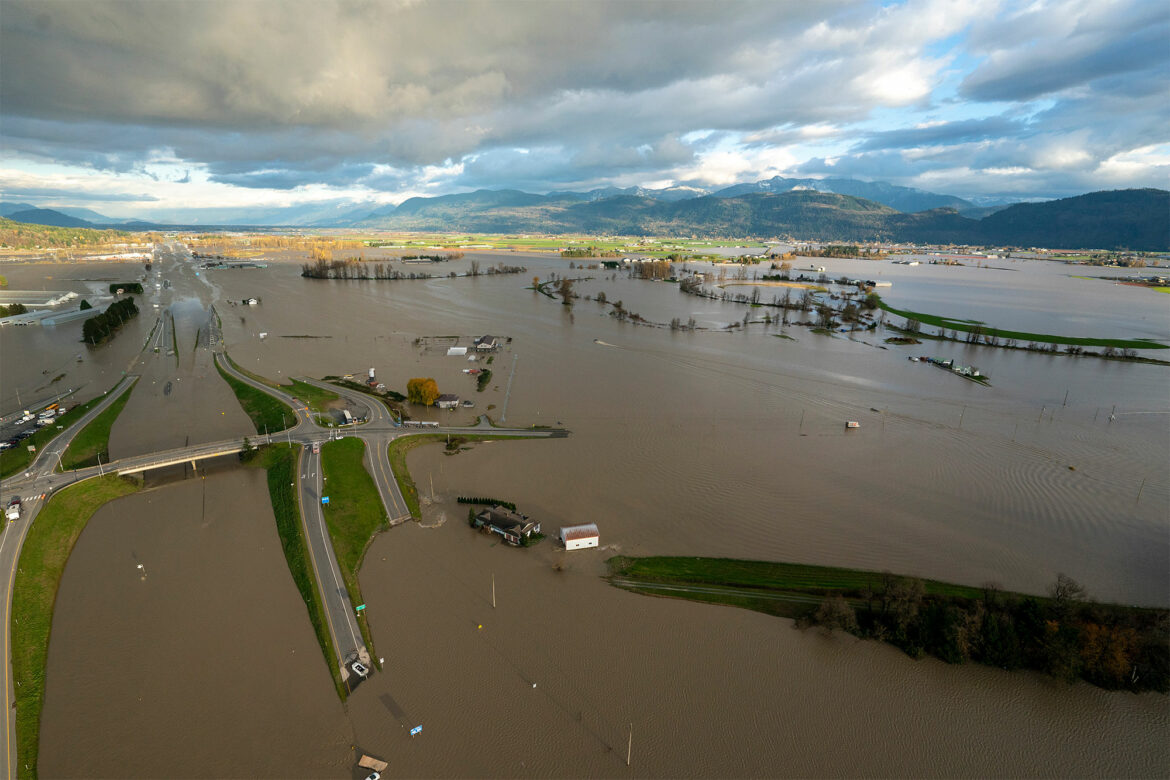 The body of a woman was recovered from one of the mudslides caused by extremely heavy rainfall in the Pacific coast Canadian province of British Columbia, authorities said Tuesday.

Police said search and rescue personnel were continuing to look for other possible victims from Monday’s slides.

David MacKenzie, the Pemberton District Search and Rescue manager, said his team came across seven vehicles at the slide site on Highway 99 near the town of Lillooet and police were trying to determine if there were any other bodies.

“It is a significant amount of debris. It makes it very difficult for our search crews. The mud is up to their waist. I can’t recall our team being involved in anything like this in the past,” he said.

Royal Canadian Mounted Police Staff Sgt. Janelle Shoihet said the total number of people and vehicles unaccounted for had not yet been confirmed. She said investigators had received reports of two other people who were missing but added that other motorists might have been buried in the slide.

Royal Canadian Mounted Police Staff Sgt. Janelle Shoihet said investigators had received reports of two other people who were missing but added that other motorists might have been buried in the slide.AP / Jonathan Hayward 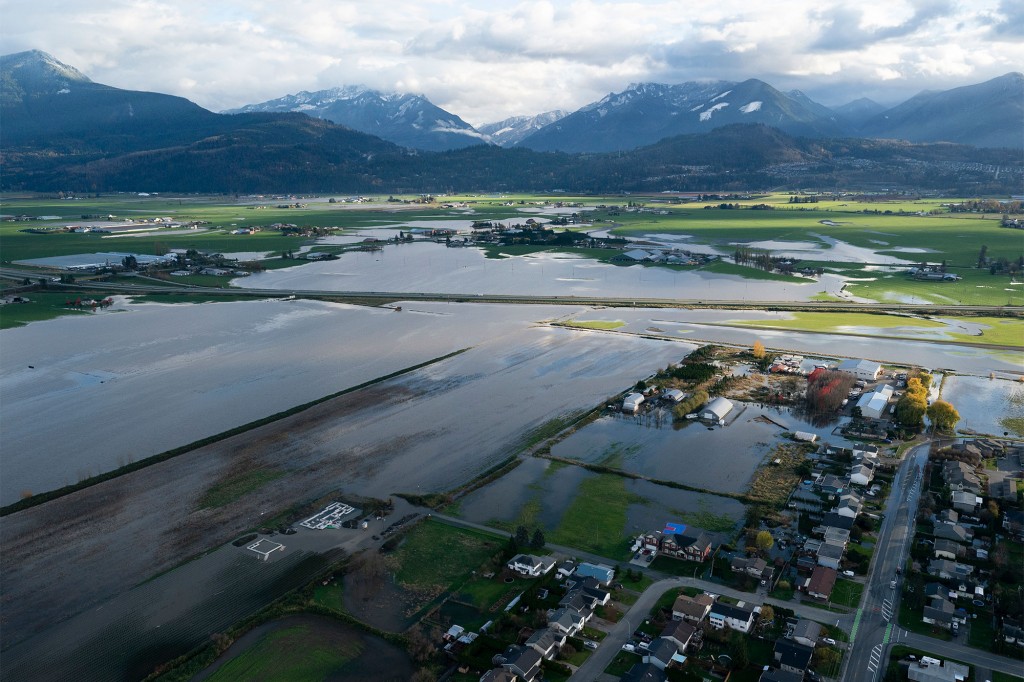 Search and rescue personnel were continuing to look for other possible victims from Monday’s slides.AP / Jonathan Hayward

Jonathan Gormick, spokesman for the Vancouver Heavy Urban Search and Rescue Team, said that while the roadway had been cleared of potentially trapped vehicles or people, they would now be searching the slide’s debris field.

About 300 people spent Sunday night in their vehicles and were helicoptered to safety Monday. 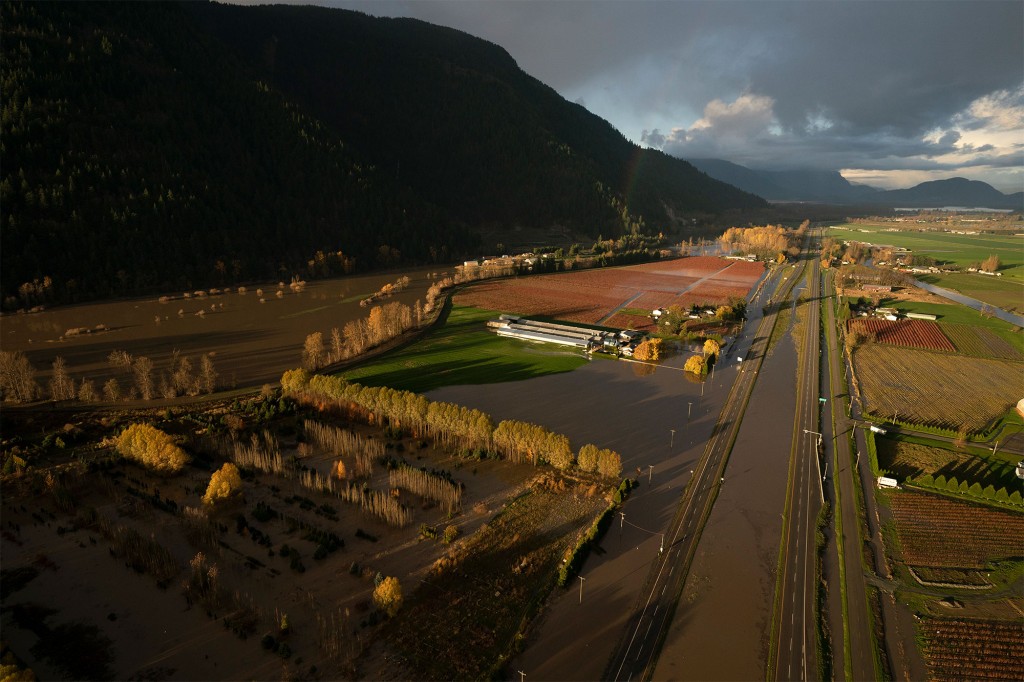 The total number of people and vehicles unaccounted for had not yet been confirmed. AP / Jonathan Hayward

Elsewhere in the province, Abbotsford Mayor Henry Braun said impassable highways were creating havoc in his city as police and firefighters tried to get people to evacuation centers.

“It breaks my heart to see what’s going on in our city,” Braun said.

Sunny skies followed two days of torrential storms that dumped the typical amount of rain that the city gets in all of November, but the mayor said the water was still rising and Highway 1 would be cut shut down for some time. 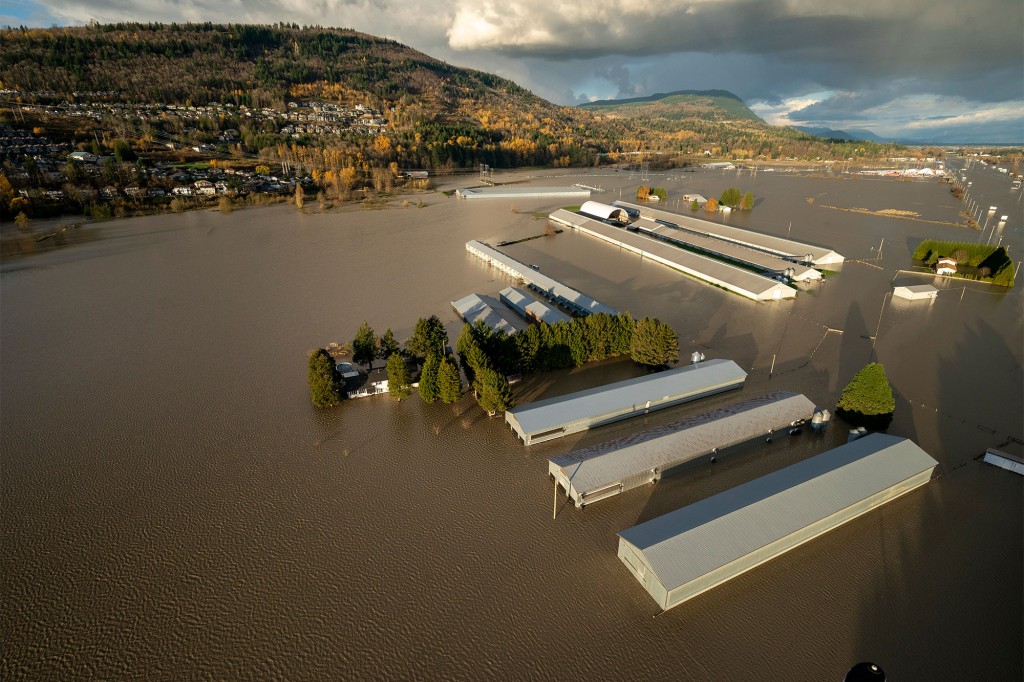 Braun said he was worried about getting enough information from officials in Washington state about water levels that have risen dramatically from the overflowing Nooksack River and over the Sumas dike.

“When are we going to crest? When is it going to level off here? It’s like a full cup of coffee. Once it’s full, it keeps flowing over the sides,′ he said.

Abbotsford Police Chief Mike Serr said officers removed some people from the roofs of cars awash in flood waters Monday night but left some motorists in semi-trucks because they were higher above the water. 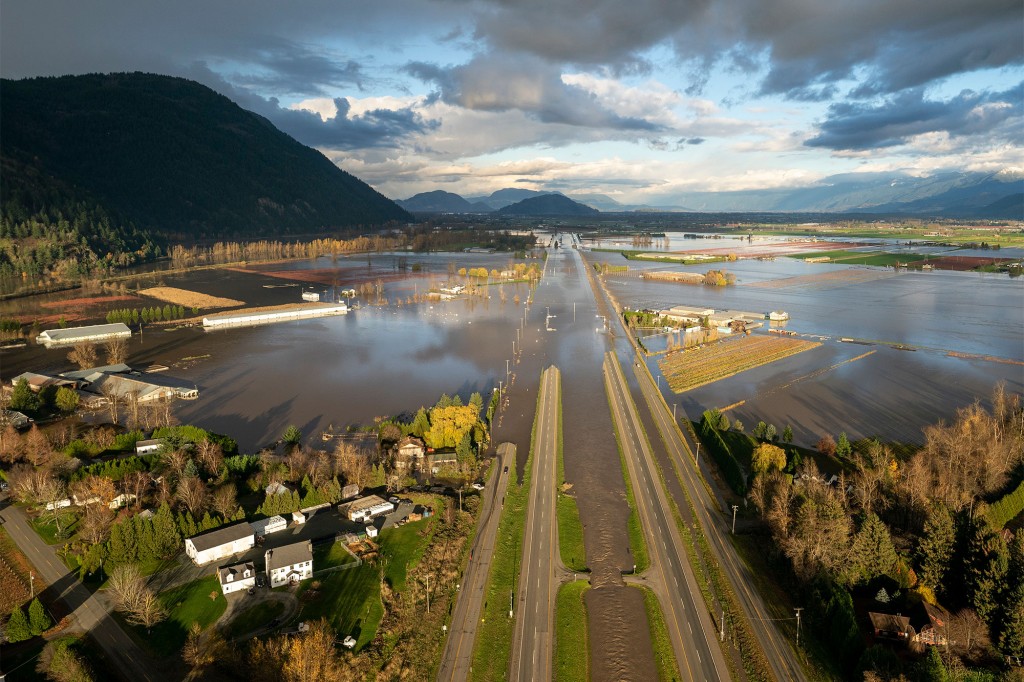 About 1,100 homes had been evacuated in Abbotsford.AP / Jonathan Hayward 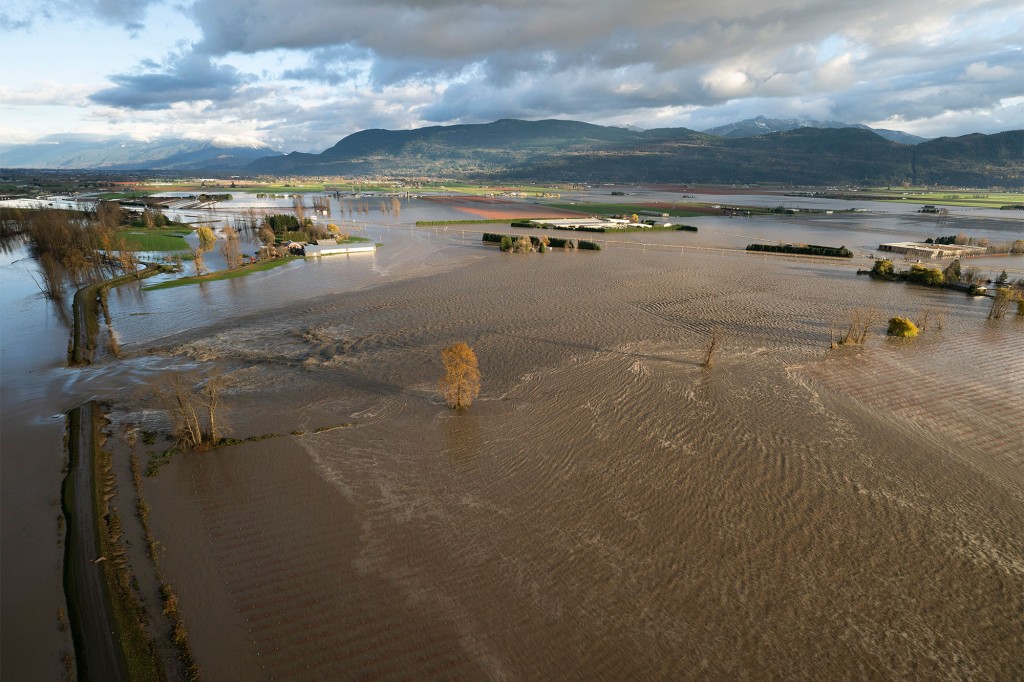 “I was out there last night. You could not see where the side of the road was. We had one member put on a life-jacket and swim out towards a car that was overturned to bring someone back. And that was on a regular basis for about two hours,” Serr said.

About 1,100 homes had been evacuated in Abbotsford, adding to others in various parts of British Columbia, including in Merritt, where the entire town of 7,000 people was forced to leave after the sanitation system failed.

Multiple roadways have been closed because of flooding or landslides, including sections of Highway 1A, Highway 3, Highway 5, Highway 11, Highway 12 and Highway 91.