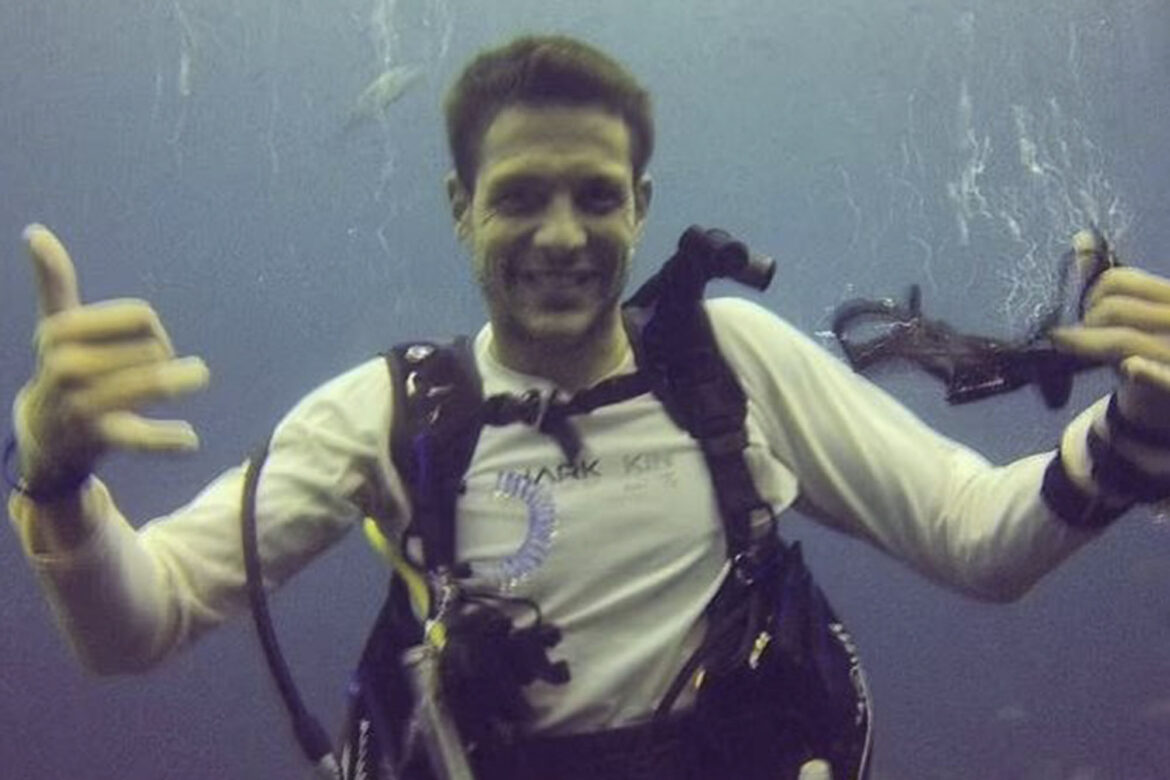 The man who was killed in a horrifying attack by a great white shark in Australia has been identified as a British diving instructor who was training for a charity swim – and about to get married to the “girl of his dreams.”

Simon Nellist, 35, was mauled to death Wednesday in the caught-on-video attack by the 15-foot-long predator at Buchan Point in Malabar, in south-east Sydney, according to local reports.

The 6-foot-5 ocean lover — a former member of the Royal Air Force — was swimming at Little Bay Beach when he was attacked just 500 feet from the coast, The Sun reported.

“Everything that is connected to Simon is connected to the ocean,” his friend Della Ross told 7NEWS.  “The news hit us like a truck because he was one of the people who make this Earth lighter.” 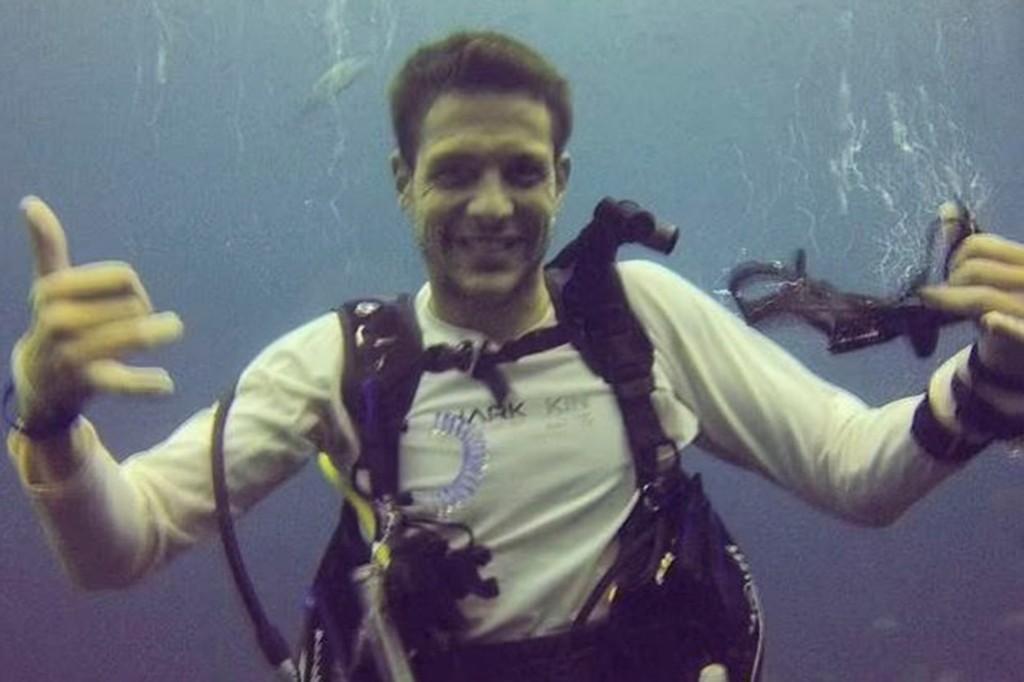 The expat, who lived in the Wolli Creek area of Sydney, was due to soon marry his girlfriend Jenny Ho, whom friends described as the “girl of his dreams.”

The couple had planned to tie the knot last year but the wedding was put off because of the pandemic, a close friend of the victim told The Sun.

“It’s just horrendous. We spent most of yesterday just hoping and praying it wasn’t him. It’s still incredibly raw,” the friend told the outlet.

“Simon was amazing. That’s all there is to say really. He was just the best,” the friend added. “He was the nicest, kindest human. It is a huge loss.” 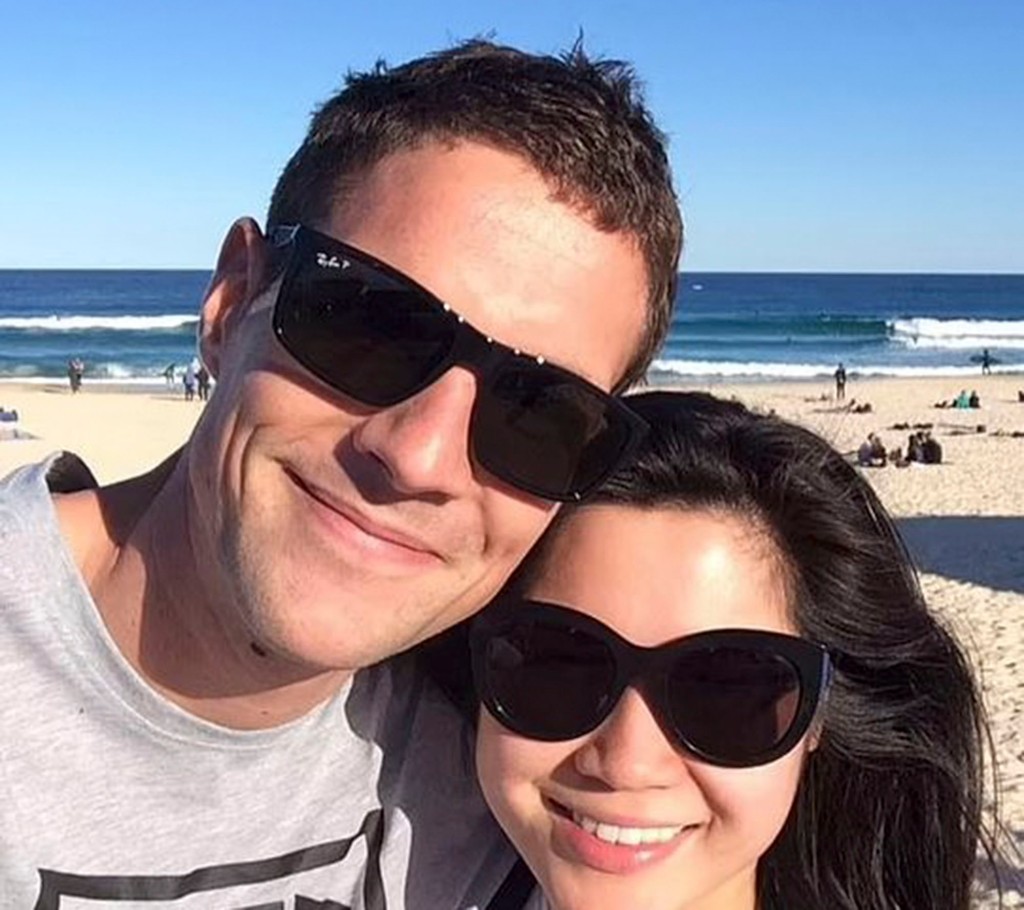 Nellist was soon to marry his girlfriend, Jenny Ho.

Nellist spent two years in the RAF and then traveled around the world for six years before he “fell in love” with Australia, the friend said.

“He was massively into wildlife and knew exactly what he was doing. He wasn’t daft. It’s just a freak accident,” the pal said. “Simon was doing his diving and he would send us the most amazing videos of the wildlife out there. He was so respectful of the wildlife.

Nellist was training for a weekend charity event, the Murray Rose Malabar Magic Ocean Swim, according to 9NEWS. The event has been canceled due to the tragedy.

“The organising committee extends our thoughts and prayers to the family of the swimmer who was so tragically taken yesterday,” organizers told the outlet in a statement. 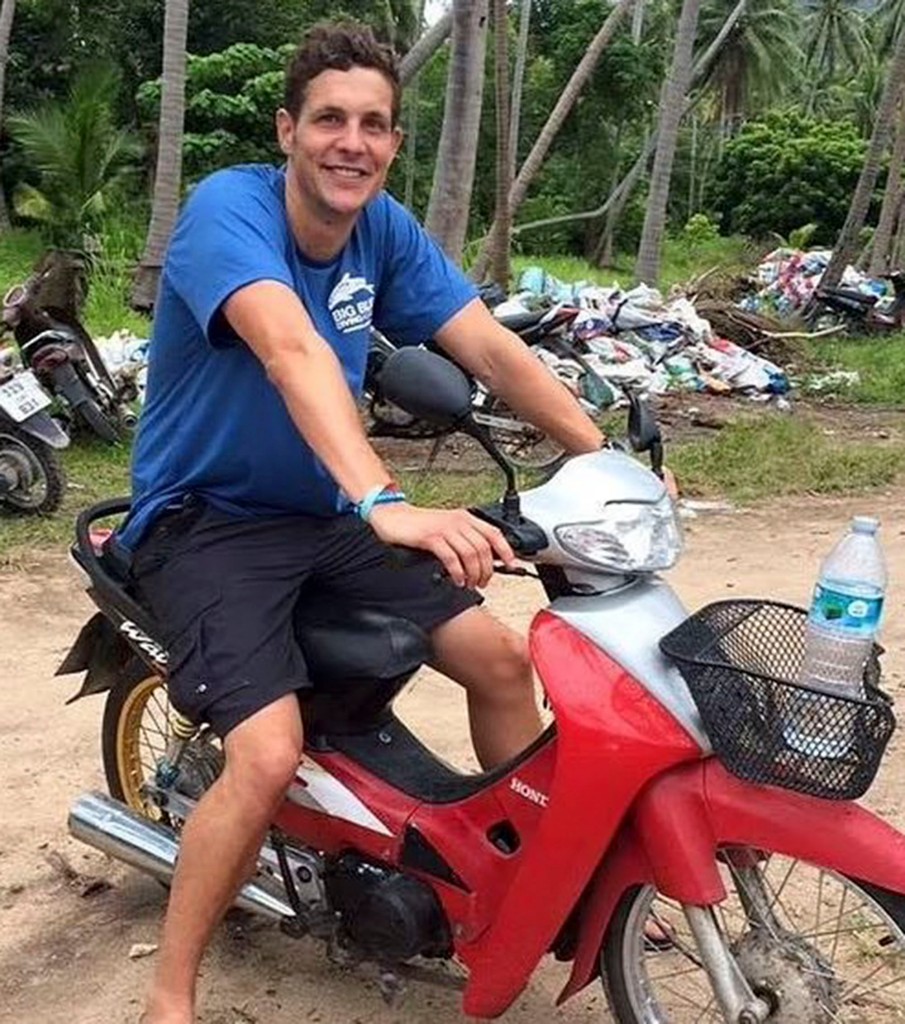 The distressing footage of the incident shows the shark thrashing around in the bloody waters near the rocks. 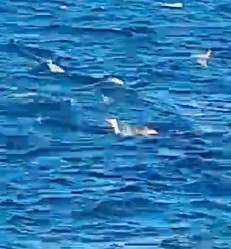 “Someone just got eaten by a shark! Oh man! Oh no! That’s insane! That’s a great white shark,” a man is heard shouting.

“I just saw a four- to five-meter great white explode on the surface right here on a swimmer and it was like a car landing in the water,” he says.

“F— man! I heard a scream and the shark was just chomping on his body and the body was in half here just off the rocks. It came back and swallowed parts of his body and that was it,” he adds.

The attack was reportedly the first shark fatality in Sydney since 1963. 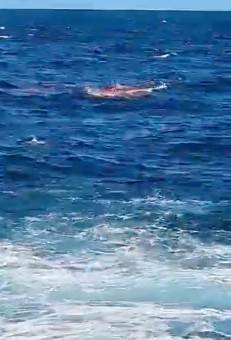 The shark is seen thrashing around in the bloody water.Backgrid AU / BACKGRID

The Department of Primary Industries is still searching for the shark and authorities are looking for additional human remains, 9NEWS reported.

“At this stage, no shark has been sighted,” Westpac Lifesaver Rescue Helicopter General Manager Shane Daw told Sunrise, according to 9NEWS.

“All agencies are doing their best to see if they can find this person to bring some closure to their family,” Daw added.

On Thursday, New South Wales Premier Dominic Perrottet said: “To the victim’s family and friends we extend our deepest condolences and sympathies, our thoughts and prayers and hearts are with you at this difficult time.”