We have a brand new look at Stephen Lang‘s Colonel Quaritch in next month’s eagerly anticipated Avatar: The Way of Water, courtesy of Fandango. The James Cameron-directed sci-fi epic – which is shaping up to be over three hours long – is set to be the kind of action-packed showcase that audiences have come to expect from the auteur, and Quaritch is set to antagonize our heroes, Jake Sully (Sam Worthington) and Neytiri (Zoe Saldaña) even further.

The image depicts Quaritch hunting in the jungles of Pandora, dressed in his combat gear with his assault rifle in his arms.

The lush greenery of the jungle is another demonstration of how beautiful the film is expected to look, with Cameron’s penchant for delivering cutting-edge CGI every time he sets foot behind the lens. The alien fauna of the jungle gives the reminder of the unknown that the human characters will face.

It was revealed earlier this year that Quaritch would be returning in the sequel as a creature known as a Recombinant. Recombinants are avatar clones which hold the memories of human soldiers who have died in battle. This Recombinant will also retain the memories of what happened to him, and how he died, and he’s on a collision course with Jake Sully, set for revenge. 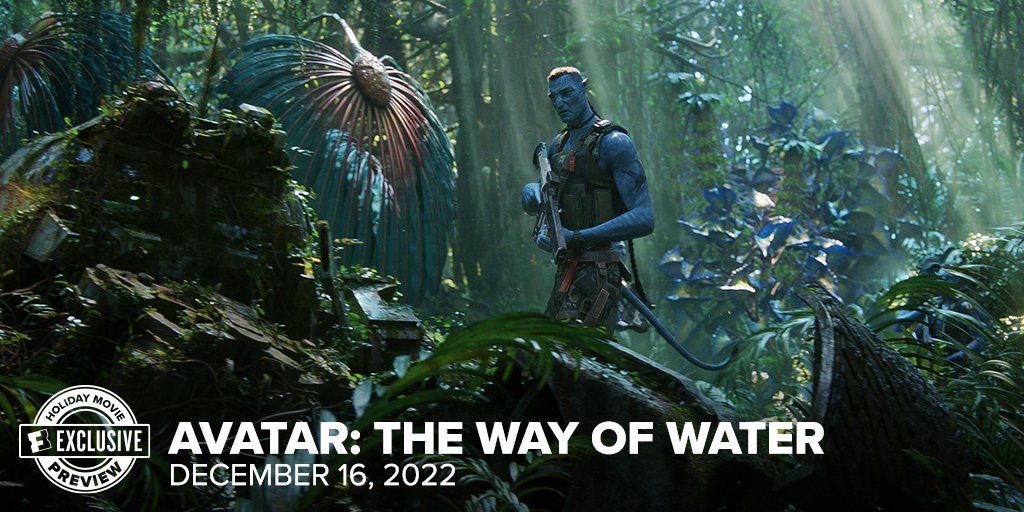 Speaking to Empire Magazine, Lang said: “He’s bigger, he’s bluer, he’s pissed off. But there may possibly be an aspect of humility. When you take two Na’vi arrows in the chest, that’s gonna have some kind of effect on you. He was always a character who moved in straight lines and at right angles. But now he is as lithe as they come. He can move with the same kind of cunning and feral quality that any of the Na’vi can.”

Quaritch isn’t the only antagonist returning to the film. RDA, the company that was behind the mining of Pandora for ‘unobtainium’, the McGuffin of the original film and the reason for the human colonisation of the moon, are returning with newer technology to combat the fighting technique of the Na’vi, the indigenous population. Unlike their military base, Hell’s Gate, from the original film, the RDA has now built a large city known as Bridgehead, with a facility capable of rapidly developing new weaponry.

Audiences will see how the Na’vi and the RDA fare in battle against each other when Avatar: The Way of Water hits theaters on December 16.