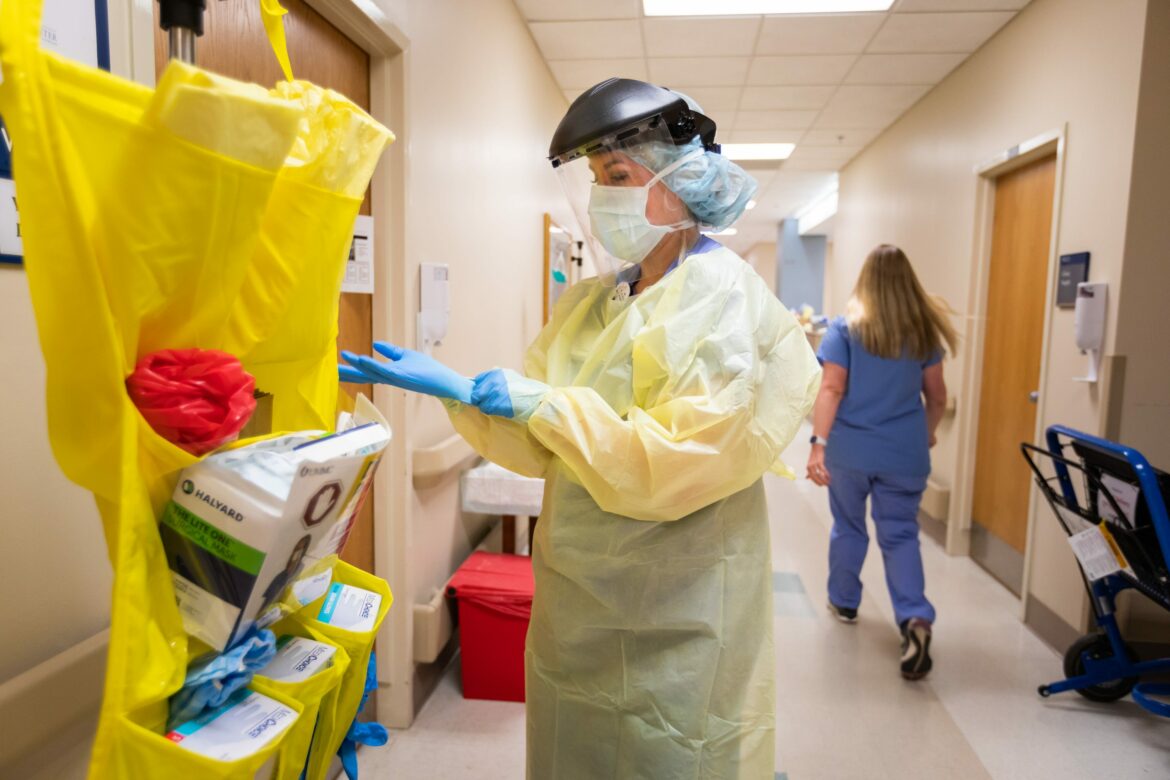 A Texas couple decided to thank one of their doctors with the ultimate tribute: naming their newborn son after him.

Last July, the couple traveled to Las Vegas to celebrate their anniversary, but Diana started to experience a “really bad headache.”

She was 18 weeks pregnant and unvaccinated.

When they returned home to Texas, Diana, 28, began to experience a fever, and her obstetrician told her she might be dehydrated. She was told to drink water and to take Tylenol, but neither worked and her symptoms began to worsen.

“I didn’t really have any concerns about it,” she told the Houston Chronicle. “What could possibly go wrong if you eat healthy and you’ve had kids before? You don’t really think much of it besides it being another flu.”

After a trip to the hospital on Aug. 4, 2021, Diana tested positive for COVID-19 and was sent home and told to watch her oxygen levels. When she couldn’t breathe later that night, she was taken back, the Houston Chronicle reported.

Hoping to conceive? COVID vaccine won’t prevent getting pregnant, but catching the virus might, study shows

She had developed pneumonia and was put on a ventilator six days later at Texas Children’s Pavilion for Women.

She would stay in the hospital for 139 days and suffered three strokes and a heart attack, all while being pregnant.

“If the pregnancy is a lot further along, then removing the child helps the mom a lot just because it makes space. But here, it wasn’t that situation at all,” Dezfulian told Good Morning America.

While on the ECMO machine – a last resort that took over her failing lungs – she began to improve, and at 31 weeks pregnant her team of doctors decided it was time for a C-section.

Cameron was born a healthy boy on Nov. 10, 2021, two months before his due date, according to Good Morning America.

Diana would spend another month in the hospital before being discharged on Dec, 23.

The couple told the Houston Chronicle they had previously tested positive for COVID-19 in 2021 and were not aware of how susceptible pregnant women are to the coronavirus. They also had concerns about the effects a COVID-19 vaccine may have on a fetus.

The Centers for Disease Control and Prevention recommends people who are pregnant get vaccinated due to the risk of severe illness from COVID-19.