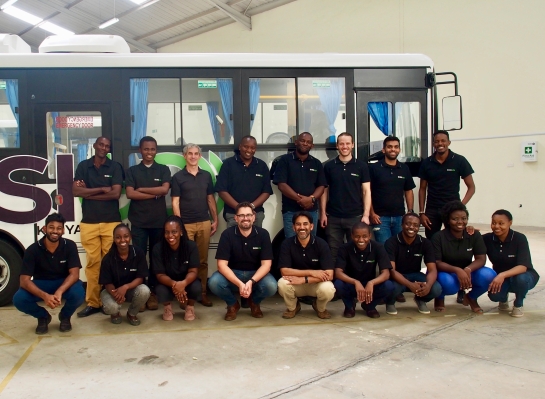 Kenya-based EV startup BasiGo has closed $4.3 million in seed funding, three months after setting up operations in East Africa’s biggest economy, to provide clean-energy mass transit vehicles in a country that is heavily-reliant on fossil-fuel buses.

The startup said it will use the new funding to set up an assembly plant in Nairobi and to launch the sales and delivery of its electric buses. Already, BasiGo has set up a charging and servicing depot adjacent to the country’s main airport, the Jomo Kenyatta International Airport, in the capital, Nairobi. It has also imported two electric buses for the pilot program.

The round was led by Novastar Ventures with participation from a number of existing and new Silicon Valley investors, including Moxxie Ventures, Nimble Partners, Spring Ventures, Climate Capital and Third Derivative. The latest round brings the total funding raised by the startup since its launch to $5.3 million.

“We are thrilled to be partnering with Novastar, Moxxie, and this incredible group of investors, all of whom are deeply experienced in rapidly scaling businesses in this market. They understand this extraordinary moment of opportunity and urgency as time runs out for the world to make a meaningful impact on climate emissions,” said BasiGo co-founder and CEO, Jit Bhattacharya. Jonathan Green is the startup’s other co-founder.

“With East Africa’s abundant renewable energy, this market can leapfrog to clean, modern electric transit at the exact moment that African cities emerge as the next center of economic growth. The support and knowledge of this investor group will catalyze BasiGo in its mission to make East Africa a leader in inclusive, sustainable bus transport,” he said.

Bhattacharya’s experience in the EV space is expansive, having been a technology leader in rechargeable (lithium-ion) batteries for more than 12 years. He has held executive positions in various companies including at Mission Motors in Silicon Valley, Project Titan — the secret electric car project by Apple Inc and at Fenix International, an off-grid home solar system company. Green, BasiGo’s chief financial officer, has spent the last 15 years working with different companies to deliver renewable energy technologies to users across Africa. 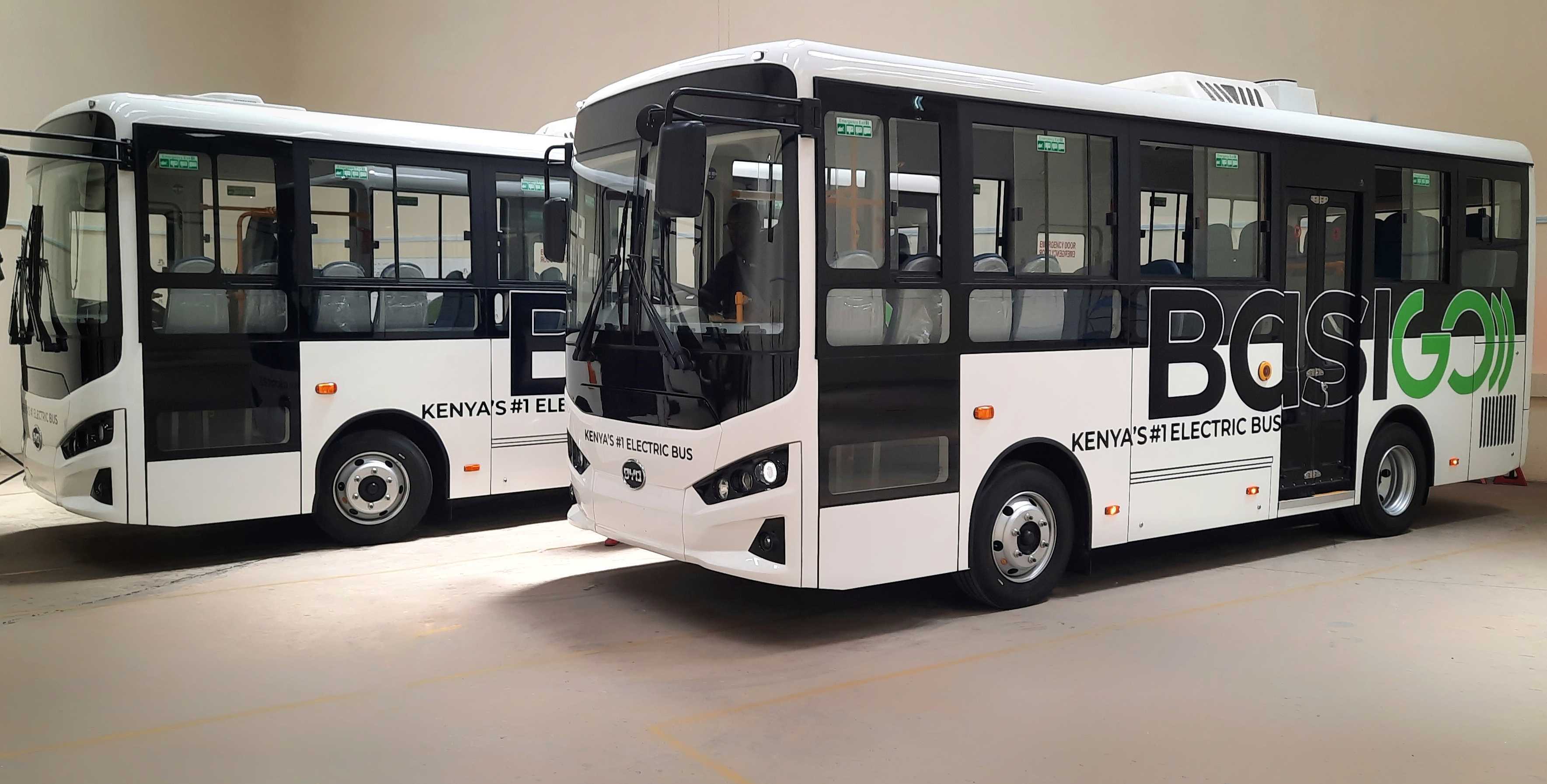 The EV startup is set to begin its pilot program in Nairobi next month. Image Credits: BasiGo

BasiGo plans to supply over 1,000 mass transit electric buses to transport operators in Nairobi over the next five years. To encourage the uptake of these vehicles, the startup will extend pay-as-you-drive credit options to drivers, and provide maintenance and charging services.

BasiGo is set to begin the pilot program next month to join Swedish-Kenyan EV startup Opibus, whose inaugural locally-manufactured electric bus hit Kenya’s roads three weeks ago. Both companies have set their eyes on the mass transit sector, which is slowly shifting to clean-energy options.

A week ago the Kenyan government announced that its Bus Rapid Transit (BRT) network, a bus-based public transport system in Nairobi, which is due for completion this year, will only be operated by green (electric, hybrid and biodiesel) vehicles, presenting a great business opportunity for EV manufacturers like Opibus and assemblers like BasiGo. Opibus has over the last five years been in the business of converting gasoline and diesel vehicles to electric but is now going into the production of new vehicles in addition to e-motorcycles.

BasiGo will locally assemble its EV buses – which will come in 25 and 36-seater capacities, with a range of about 250 kilometers – using parts sourced from China’s EV maker BYD Automotive.

“We are excited to partner with BasiGo and support the team’s audacious vision to transform the public bus transport sector in Africa. Our investment will accelerate the adoption of electric buses through an innovative finance model, leading to a vastly improved experience for commuters as well as better air quality in dense urban neighborhoods”, said Novastar Ventures partner Sapna Shah.

It is estimated that there are about 20,000 fossil-fuel vehicles ferrying commuters across Nairobi, making the public transport service sector one of the main contributors of air pollution in the city.

According to IQAir, a Swiss-based air quality technology company, the concentration of fine particulate matter 2.5 (PM2.5) in Nairobi’s air is currently 3.6 times higher than the WHO annual air quality guideline value.

Air pollution, which causes the death of about 18,000 Kenyans every Kenya, is largely attributable to mass transit vehicles and motorcycles. Adopting EVs, therefore, is expected to lower noise pollution, the emission of greenhouse gasses and health complications.