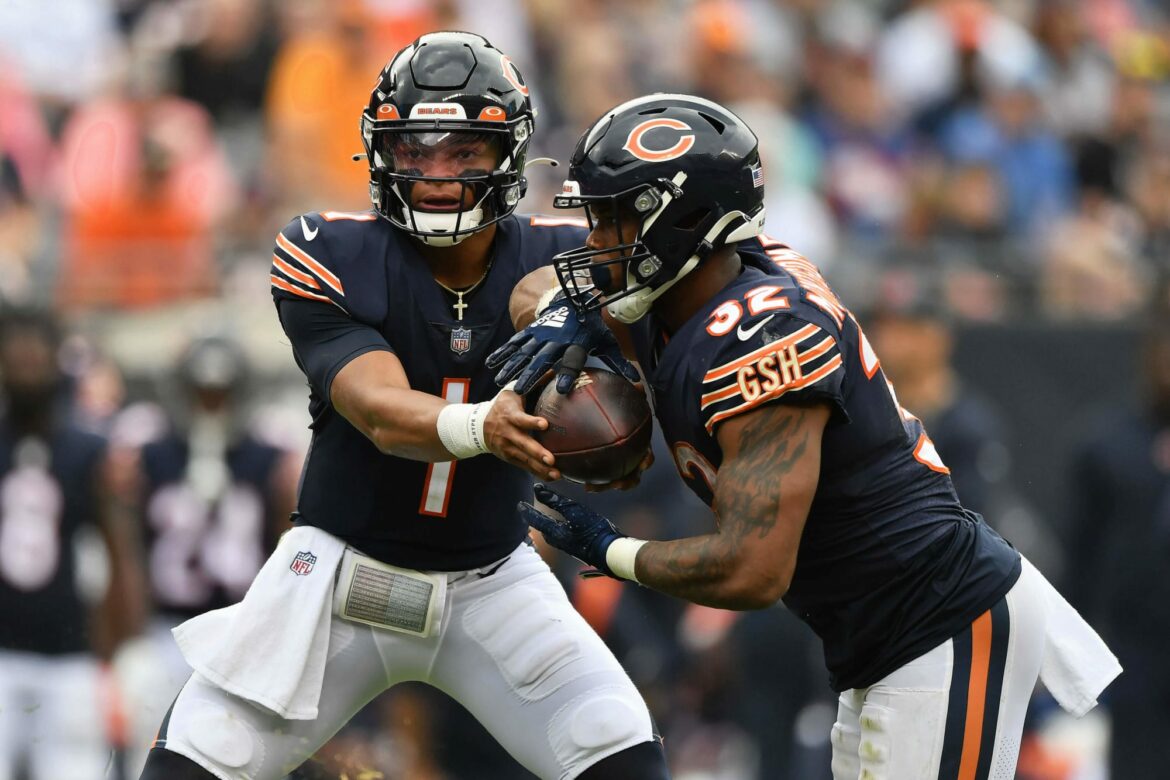 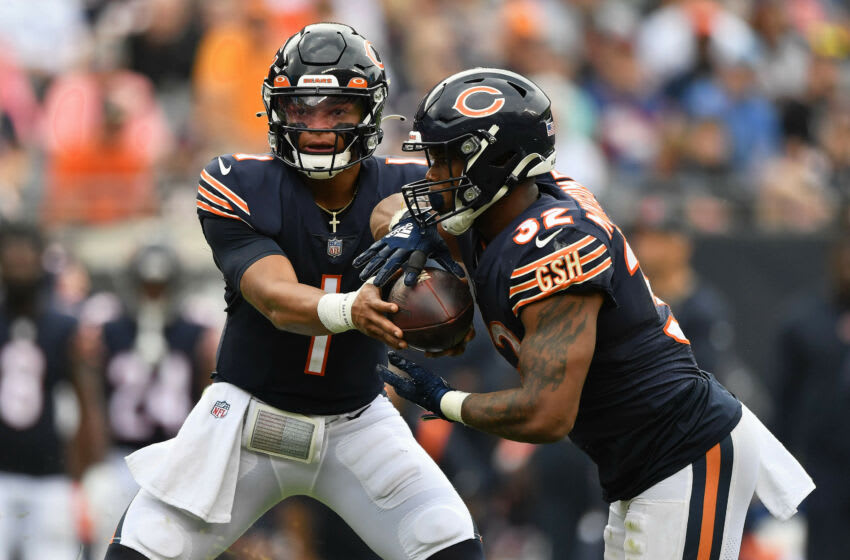 CHICAGO, ILLINOIS – OCTOBER 03: Quarterback Justin Fields #1 of the Chicago Bears hands off the ball against the Detroit Lions at Soldier Field on October 03, 2021 in Chicago, Illinois. (Photo by Jamie Sabau/Getty Images)

The Chicago Bears have named Justin Fields as the team’s new starter and fans couldn’t be happier with the decision.

With the news that the Chicago Bears are moving forward with Justin Fields as the team’s starting quarterback, there’s plenty of relief across the city. While Andy Dalton entered the year as the No. 1 option, people were waiting for Nagy to pull the plug.

Now, it’s Fields’ show and folks couldn’t be more fired up to see what he can do the rest of the season with the ball in his hands. For the first-round pick, he no longer has to worry about whether or not he’ll lead the offense out for the opening drive.

Justin Fields being named the starter is welcoming news across Chicago

Fields will have another opportunity to show everyone what he’s made of this weekend, as the Bears are all set to take on the Las Vegas Raiders. Folks can’t wait to see what Fields will be able to get done.

#Bears QB Justin Fields says his parents wanted to go out last night to celebrate him becoming the starter.

Fields said no and just wanted to watch film and get ready for the game on Sunday.

His parents went out without him.pic.twitter.com/WM8NN1w7KY

Somebody slapped some sense through his visor!!! LETS’S GOOOOOOOOO!!!!!!

THIS MUST BE A CHRISTMAS MIRACLE.

MATT NAGY’S EGO HAS BEEN DEFEATED

If you ask the good people of the Windy City, this decision from Nagy took way too long. He has stood by Dalton since Week 1, continuously saying that the veteran was his starter as long as he was healthy enough to play.

Clearly something changed, though, and Nagy is ready to see what Fields can do for him the rest of the season. Thus far this campaign, the 2021 first-round pick has thrown for 347 yards, no touchdowns and two interceptions in four games, including two starts.

Fields is 1-1 as the starter, losing to the Browns, but bouncing back with a win over the Lions in Week 4. Now, he’ll hope to record an impressive victory on Sunday going up against Las Vegas.