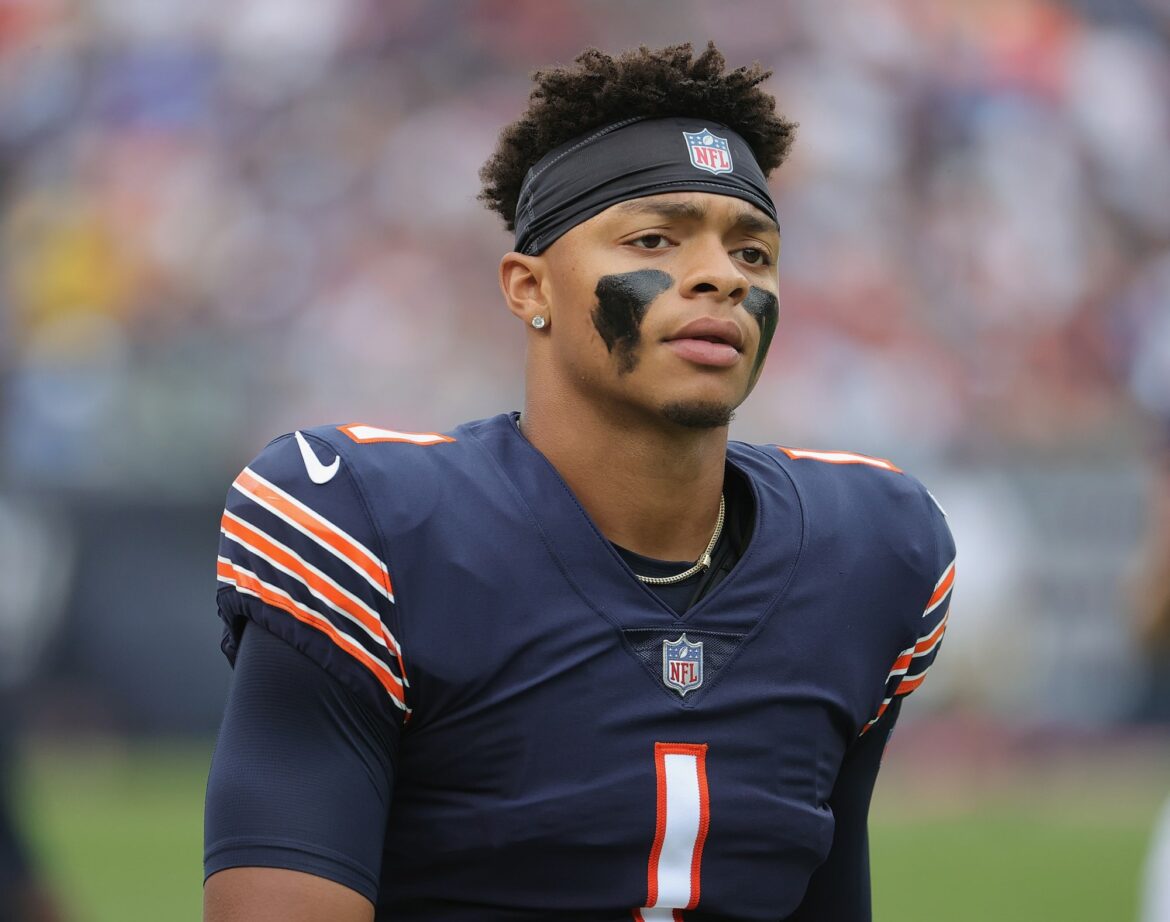 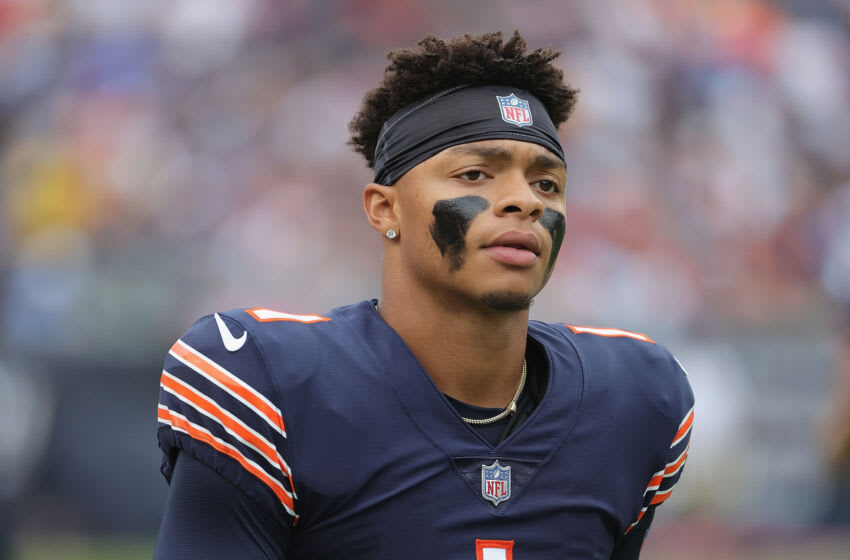 CHICAGO, ILLINOIS – OCTOBER 03: Justin Fields #1 of the Chicago Bears is seen on the sidelines before a game against the Detroit Lions at Soldier Field on October 03, 2021 in Chicago, Illinois. The Bears defeated the Lions 24-14. (Photo by Jonathan Daniel/Getty Images)

Chicago Bears head coach Matt Nagy has finally made the call and announced Justin Fields as the team’s starting quarterback.

The game of quarterback musical chairs has come to a close for the Chicago Bears. While Matt Nagy had stated that Andy Dalton would be his starting signal-caller if his knee was healthy, it looks like the head coach has changed his mind.

That’s because on Wednesday afternoon, Nagy announced that first-round pick Justin Fields will be his go-to signal-caller moving forward. It’s no doubt a decision that Chicago fans have been hoping would come for quite some time here.

Fields will get his second NFL start against the Raiders, after leading the Bears to a 24-14 win at Soldier Field last weekend over the Detroit Lions. In that game, the former Ohio State star threw for 209 yards and an interception, while running for another nine yards on three carries.

For Chicago, this was a move Nagy needed to make for some time. The Bears were desperate to find some offensive spark after looking awful throughout much of September, and while Fields has much to learn he provides an arm and the athleticism Dalton doesn’t possess.

At 2-2, the Bears are only one game out in the NFC North and can catch the Green Bay Packers this weekend with a road win over the Raiders, coupled with the Packers losing to the Cincinnati Bengals at Paul Brown Stadium.