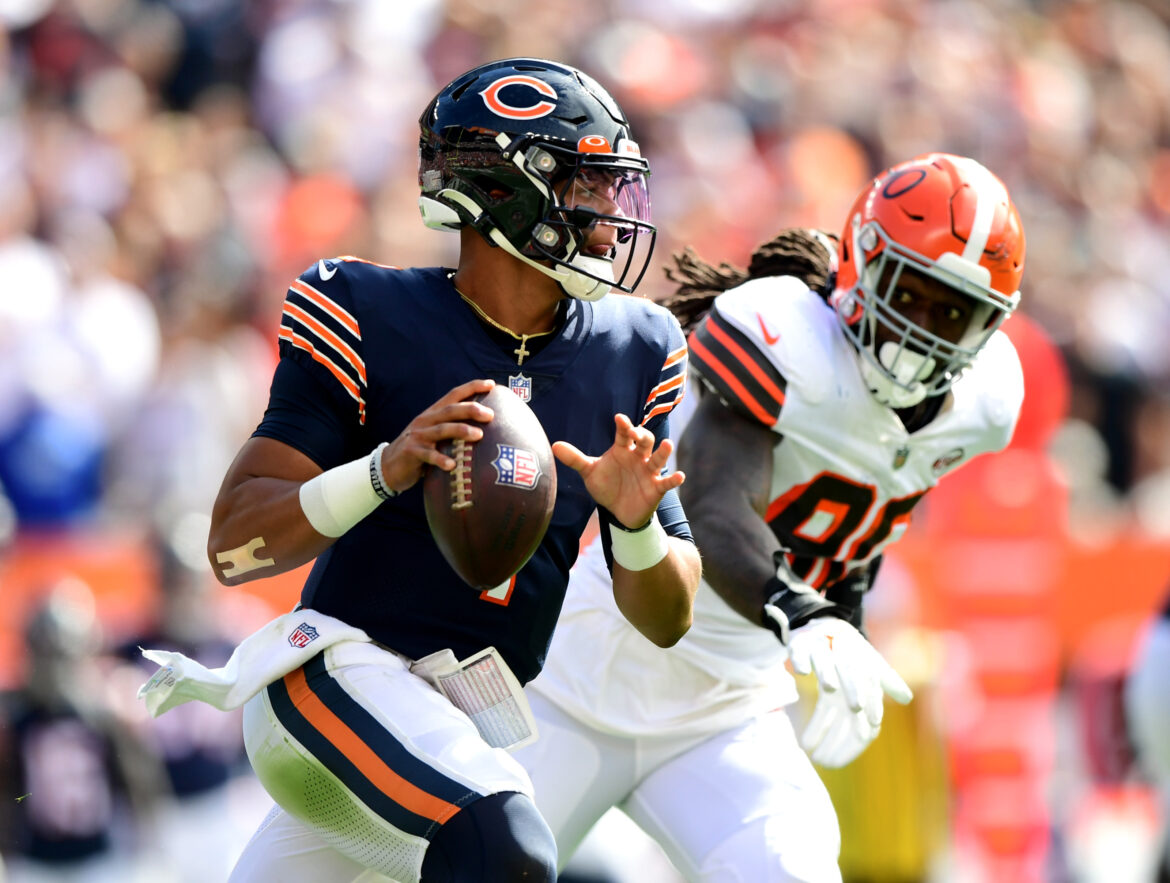 It may have only been in the infancy of his Chicago Bears playing career, but quarterback Justin Fields seemed to have had major reservations about the offensive game plan his former head coach Matt Nagy drew up for him vs. the Cleveland Browns last season.

Fields’ longtime personal quarterback coach Ron Veal appeared on 670 The Score in Chicago on Friday. This was Fields’ third career game. He completed 30 percent of his passes for 68 yards, as the Bears lost to the Browns, 26-6.

Fields went 2-8 in 12 games with the Bears, completing 58.9 percent of his passes for 1,870 yards, seven touchdowns and 10 interceptions. Chicago traded up to No. 11 in a deal with the New York Giants to take him out Ohio State.

Clearly, there is a ton to unpack here…

From an outsider’s perspective, the perpetual blame game going on at Halas Hall is akin to the Spider-Man meme. This guy is pointing the finger at that guy who is pointing at someone else who is pointing back at the original finger-pointer. It is cyclical nonsense, only further epitomizing why the Bears remain one of the most dysfunctional franchises in the NFL, one decade after another.

While Fields is not without some blame, keep in mind that he was only a rookie entering a perpetually chaotic environment. He may have offered a ton of talent coming out of Ohio State, but his bad rookie stats are out there for the rest of time. Splash plays here and there do not cover them up.

Then again, no organization is more beholden to the past than the Bears. Who on the active roster was alive the last time the Bears won the Super Bowl?

From a physical standpoint, he has to refine his loopy throwing motion. This is not the Big Ten and he no longer plays for Ohio State. Maybe Luke Getsy can help with this?

Though the Eberflus and Poles partnership will inevitably determine if this era of Bears football is a success or another huge embarrassing failure, Getsy is perhaps the most important coach on the Bears staff. Because Eberflus is a defensive-minded coach, it puts even more pressure on Aaron Rodgers’ former quarterback coach to refine his new signal-caller’s mechanics to go and be a star.

Fields’ frustration with Nagy from back in September means he should have never played for him.