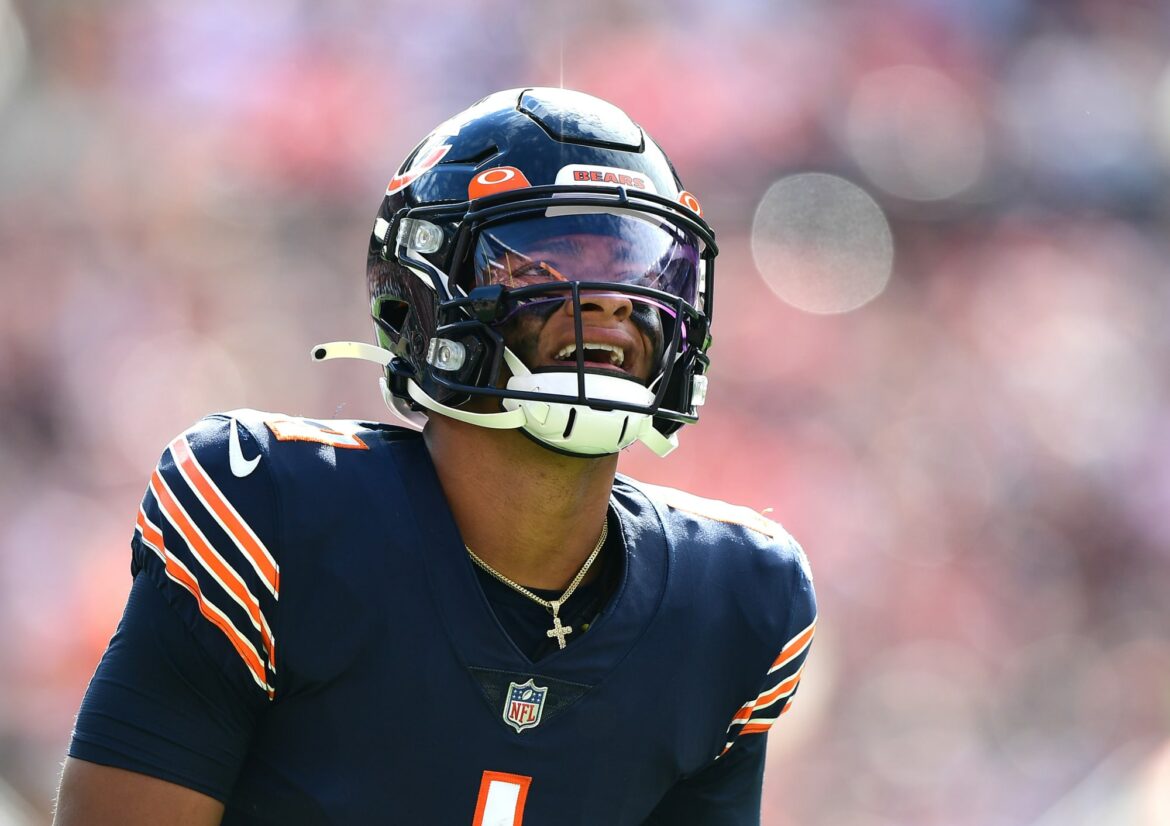 The Chicago Bears announced their decision to continue with Justin Fields, a move many deem to be the correct one for the troubled 1-2 team.

Justin Fields‘ start almost ended as quickly as it began, as Matt Nagy planned to let the starting QB decision hang in the air until game-time.

Luckily for Bears fans, it will be Fields who takes Soldier Field for an early Sunday game against the Detroit Lions.

We have downgraded QB Andy Dalton (knee) to Doubtful for Sunday’s game. QB Justin Fields will start vs. the Lions.

The news may be less about starting Fields and more about sitting out Dalton, who is still recovering from a bone bruise suffered in Week 2. Nagy has repeatedly insisted that Dalton is the starter when healthy, but the 33-year-old veteran quarterback was limited in practice all week.

On Saturday, Dalton has officially been downgraded from “Questionable” to “Doubtful”, which opened up the starting opportunity to Fields.

Bears Country was exuberant when Fields was set to start last week, only to be devastated by the rookie’s depressing performance. Fields only completed 30 percent of his passes, landing six out of 20 attempts for 68 yards.

But the stats don’t tell the whole story, as various analysts were quick to point out. Rather than Fields being the root of the problem, his performance was a symptom of Nagy’s incompetent play-calling, which failed to utilize the mobile dual-threat quarterback.

Unlike their 2017 miss with Mitch Trubisky over Patrick Mahomes and Deshaun Watson, it seems the Bears landed the real deal with Justin Fields. The question is, can Fields rise above the dysfunction and steal the starting job for good?