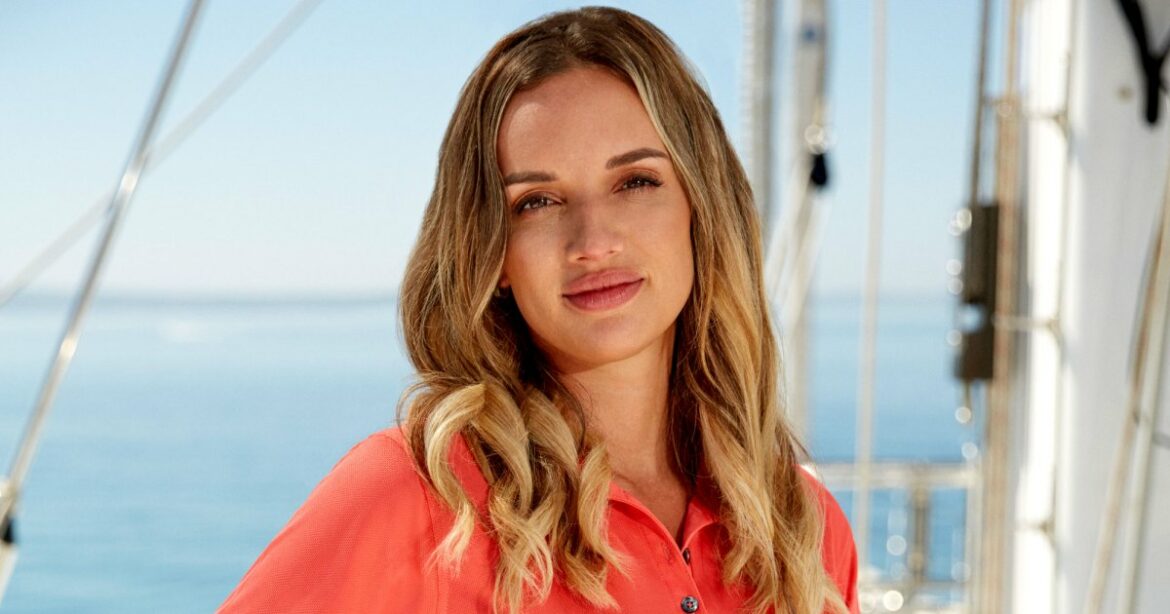 Don’t mess with mom! Below Deck Sailing Yacht star Alli Dore had some choice words for negative comments about son River’s appearance after spending three weeks in the NICU.

“Really sick that people will still troll a newborn baby of photos in hospital. I don’t care what is said about me but multiple people making fun of my baby’s tubes, are there no limits?” the Bravo personality recently wrote in an Instagram Story after her baby boy became the subject of teasing comments online. “When will this type of behaviour be made a law? Bullying and verbal assault on the internet is still verbal assault. I’m certainly not the first person who has thought this and sadly will not be the last. Time for some change!”

The reality star announced in June that she was expecting her first child with boyfriend Benny Thompson, showing off her growing baby bump in a green dress. Two months later, the little one arrived ahead of schedule. 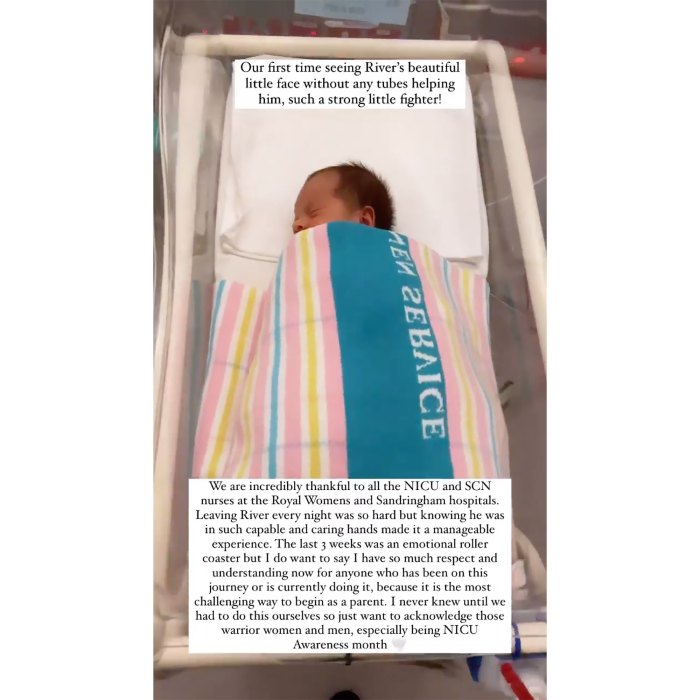 “We welcomed our little baby boy River George Thompson into the world,” the new mother captioned an Instagram post in August. “He’s come a little prematurely but is doing better everyday [sic].”

At the time, Dore noted that she and her partner were “so proud” of River for his strength. “The last couple of weeks we faced challenges I never thought we’d have to it’s been really emotional but also the most special time in our lives because we have River at the end of it all. I’m so grateful to have @bennithompson by my side because I couldn’t have done this without him,” she added. “Proud of our little family and counting the days until River gets to come home.”

Dore and her son left the hospital three weeks later. “All our hard work paid off and the last of his tubes are gone, which means HOME TIME,” she gushed in an Instagram Story selfie on Wednesday, September 15, posing with her baby in her arms. “So proud of my little fighter!”

The Australia native went on to share footage of “serene” River sleeping in a tiny bed with a striped blanket.

“Our first time seeing River’s beautiful little face without any tubes helping him,” she wrote in an Instagram Story of her “strong” child. “We are incredibly thankful to all the NICU and SCN nurses at the Royal Women’s and Sandringham hospitals. Leaving River every night was so hard but knowing he was in such capable and caring hands made it a manageable experience.”

Dore described the days her son spent in the NICU as an “emotional roller-coaster” and gave a shout-out to other parents who’ve been through a similar struggle.

“I never knew until we had to do this ourselves so [I] just want to acknowledge those warrior women and men, especially [with it] being NICU Awareness month,” she concluded.

“Proud of you. Happy Father’s Day from Sunday to this big papi @bennithompson our rock and the most loving, strong and supportive man for our family,” she captioned an Instagram tribute. “River is so lucky to have you as his daddy I can’t wait to see you guys surfing and diving and exploring nature in the sunshine together, but for now all the cuddles and love are perfect in these moments. River and I love you.”