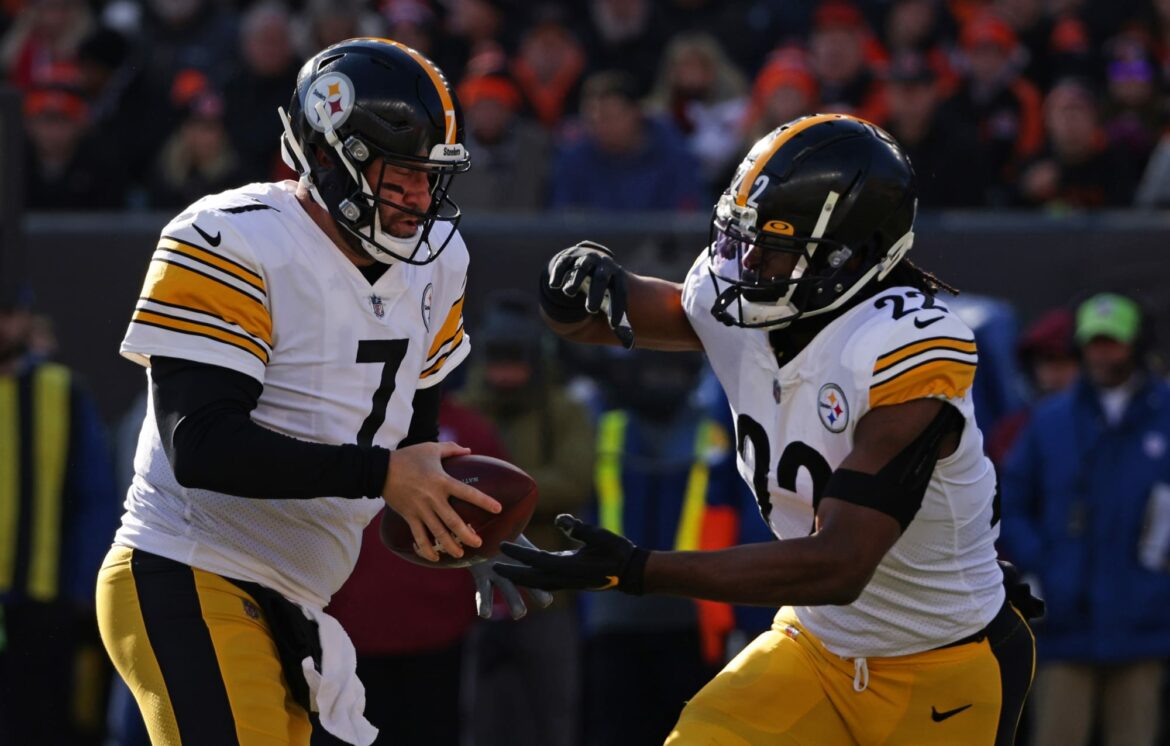 CINCINNATI, OHIO – NOVEMBER 28: Ben Roethlisberger #7 of the Pittsburgh Steelers hands the ball to Najee Harris #22 during the first quarter against the Cincinnati Bengals at Paul Brown Stadium on November 28, 2021 in Cincinnati, Ohio. (Photo by Dylan Buell/Getty Images)

Watching Ben Roethlisberger run the offense for the Pittsburgh Steelers is getting harder each week. While Roethlisberger is a two-time Super Bowl-winning quarterback, he’s looked rough the past two seasons and fans are calling for him to get benched.

Those screams got even louder on Sunday in the first half taking on the Cincinnati Bengals. Late in the second quarter, Roethlisberger tried throwing across the field and it was an easy interception for Cincinnati. To make things worse, it was taken back to the house for a touchdown.

Just what in the heck was Roethlisberger thinking? He tried to thread the needle here and Mike Hilton made him pay for it. Hilton was in a perfect spot to record the interception and he had the blazing speed to record the 24-yard touchdown return as well.

The Bengals are dominating this matchup with the Steelers. This AFC North showdown figured to be a close one, but it has been all Bengals. Roethlisberger is in the middle of a terrible season. He almost retired after last year, but he decided to delay hanging up his cleats.

While fans were hoping he’d be able to go out in style, Roethlisberger’s 2021 has been just awful. He simply knows better than to toss the kind of pick he did against the Bengals too.