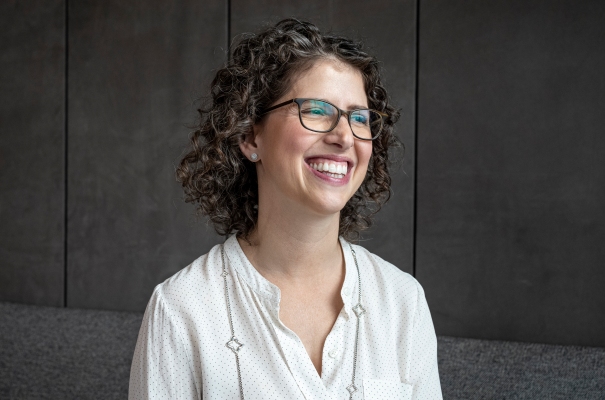 On the contrary, Tavel has led one of the only crypto-related bets that Benchmark has made in recent years, making an early investment in the blockchain analysis outfit Chainalysis after it helped crack the famous Mt. Gox case.

Tavel might even argue that Benchmark’s deliberate approach gives the team more time to ruminate on the changing landscape. She obviously thinks about it quite a bit, as we learned during a conversation with her last week about crypto, web3, and so-called decentralized autonomous organization or DAOs. (We trotted out all the buzzwords.) Here’s part of that chat, edited for length.

What do you think?

ST: Going back to Bitcoin, it was kind of oppositional against centralized entities [like] big banks that were being bailed out [during the financial crisis of 2008]. Now, so much of the conversation you hear on Twitter is people shaking their fist at our centralized overlords at Facebook.  [At some point] the idea of decentralization was completely intertwined with the idea of creating value for users, which led to the crypto ecosystem that we have today, where you have this incredible breadth and diversity of Layer 1 solutions like Bitcoin, Ethereum, and Solana, atop which protocols are built. And the whole point of this crypto infrastructure is to be decentralized because of all the [attendant] benefits.

But that’s different than what I think of as web3. To me, when people talk about about web3, they almost use the word [as a synonym for] crypto, but it’s not. To me, they’re very distinct. You have crypto, and that [involves this focus on] decentralized infrastructure and the financial incentives, the tokens, the tokenomics that you need in order to coordinate all the decentralized entities and people behind them.

But decentralization isn’t the end in itself anymore.

Put in an historical context . . .

It’s like when the iPhone came out — this new infrastructure, this new hardware device that had itself been built by people with very specialized skills who built the chips and the systems architecture and all the component parts to make the iPhone the incredible device it is. Then you had this different discipline of builder — the Kevin Systroms and Mark Zuckerbergs of the world — who built the consumer UX [atop the iPhone] using different skill sets.

[Put another way] you have to embrace something that’s far broader than tokenomics in order to build these consumer companies, and part of my hypothesis for the future is that we’re going to start to see more and more of a bifurcation of web3 from crypto, with web3 being a revolution of web 2.0, not just an evolution of crypto.

Where do decentralized autonomous organizations fit into the mix? What role do you think they play?

But I think the uses cases for which a DAO makes the most sense should start a little bit more narrow than where people are using them [sometimes right now].

A DAO is a further manifestation of that decentralized ethos, and there’s no question that there’s tremendous value [behind the idea] of these organizations that are economically aligned. These are a great way of aggregating on-chain funds and making decisions collectively. . .

What about NFTs? A lot of people think of them today as digital pieces of art or media.

I think we’re in absolutely kind of a skeuomorphic phase in NFTs [rooted to this idea] of digital scarcity. That’s why you see things like these collectibles. I [understand it]; [while initially skeptical] there was an emotional connection with that idea.

There’s are couple of different classes of NFTs that we’re already starting to see. One is gaming, where you can create or earn in a game. Also, beyond the idea of an NFT within a closed ecosystem, with decentralized infrastructures, you’re going to start to have the opportunity to really see the things you’ve earned and have your own wallet and trade those things or sell them on [the NFT marketplace] OpenSea.

Before I let you go, what do make of the rise of dedicated crypto funds? There’s Pantera and Polychain Capital and Paradigm and Andreessen Horowitz and Sequoia Capital and now Katie Haun has one.

First, I’m so excited for Katie.

I also think that investing in consumer-facing products and founders is its own specialty.

So you aren’t leaving to start your own firm then? I’m only half-kidding. I don’t want to miss the opportunity to ask if you have other plans in the works.

Part of the reason why people have to launch crypto focused funds is that when they are investing in the protocol level and buying tokens, my understanding is that those are technically a passive investment, so that’s why you have to register [as registered investment advisor.] With a traditional venture fund, there’s a certain percentage of your fund that you’re allowed to have in those types of passive investments and once you cross that threshold, you have to register.

That’s a bridge that, if we end up having to cross, we will cross it. There’s no religion against it. But it’s not clear to me that it’s a bridge we’ll have to cross.