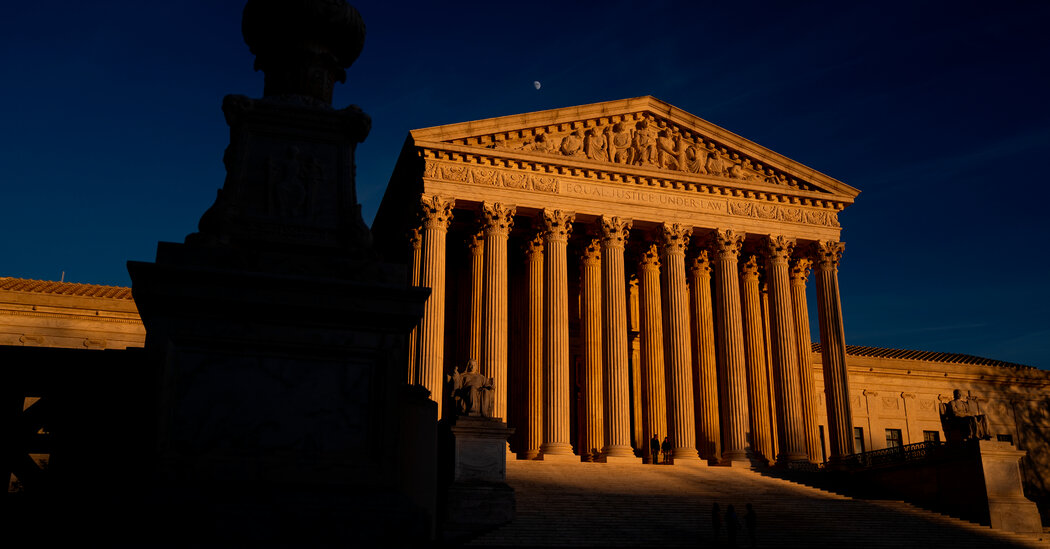 Ron Klain, the president’s chief of staff, attended Thursday’s meeting with Senate Democrats and has been engaged in court politics for decades. He was Mr. Biden’s counsel on the Judiciary Committee during the 1991 showdown over the Thomas nomination, and he was a top court adviser to Presidents Bill Clinton and Barack Obama.

Given the backgrounds of Mr. Biden and Mr. Klain, it is no surprise that administration officials say planning to fill a Supreme Court vacancy has been underway since the transition from the Trump administration. Once Mr. Biden took office, his inner circle began laying the groundwork for a possible replacement that would fulfill his campaign promise to nominate a Black woman to the high court. Eight of Mr. Biden’s first 16 nominees to federal appeals courts were also Black women.

Mr. Biden and his team seem intent on restoring a measure of bipartisanship and dignity to the Supreme Court confirmation process — a goal some Republicans say they share.

The president and Dana Remus, the White House counsel, have been diligently sounding out Republicans on their thoughts. “I’m serious when I say it that I want the advice of the Senate as well as the consent,” Mr. Biden said at a meeting with Mr. Grassley and Mr. Durbin.

Republicans say the key to drawing their support will not be in the outreach, but in the nominee herself. Senator Lindsey Graham, Republican of South Carolina, said the president could make a selection in line with the moderate image he emphasized in his campaign — or he could move to the left and risk losing the backing of most Republicans. Mr. Graham is a leading voice in support of a Federal District Court judge from his state, J. Michelle Childs.

Also believed to be on Mr. Biden’s short list is Judge Ketanji Brown Jackson, a former clerk for Justice Breyer who won the support of Mr. Graham and two other Republican senators when Mr. Biden elevated her last year from a district court seat to the U.S. Court of Appeals for the District of Columbia Circuit. Another prospective candidate is Justice Leondra R. Kruger of the California Supreme Court, who served in the Obama administration and has many of the qualifications typical of nominees.