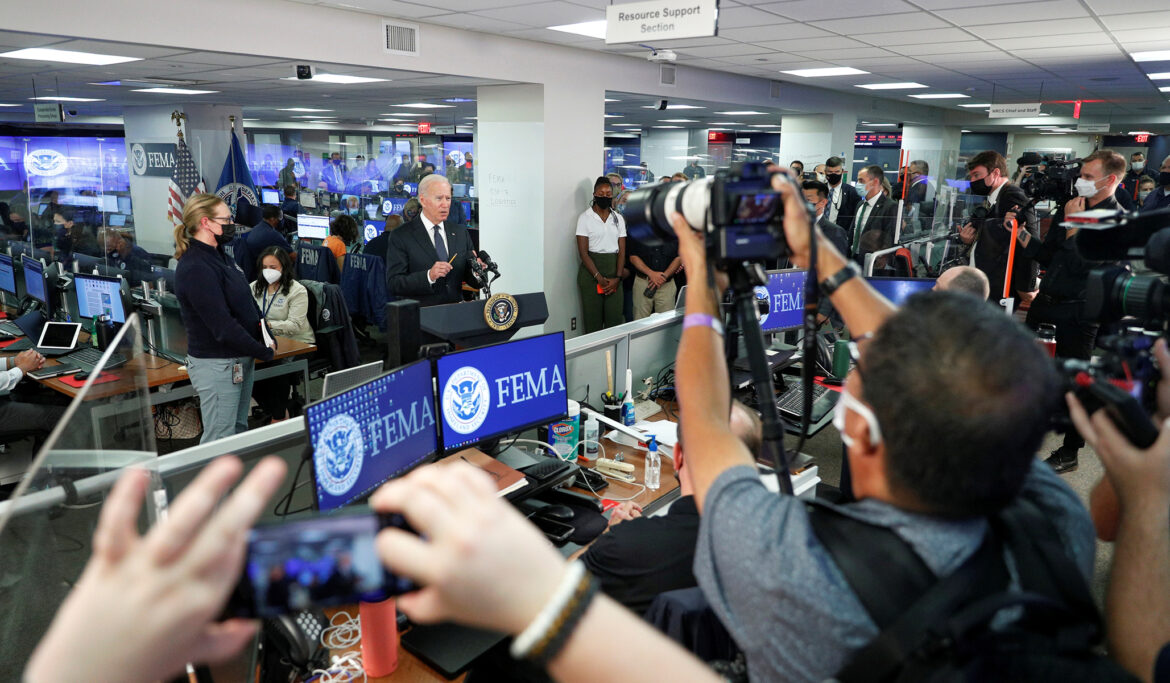 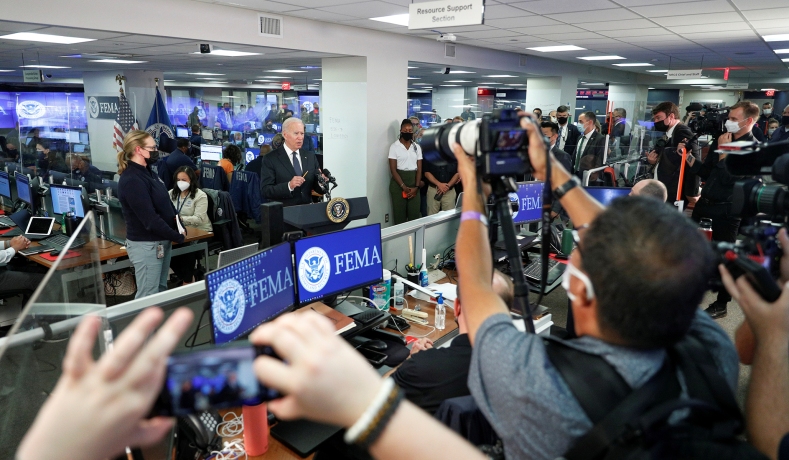 President Biden directed federal agencies to send resources to areas hardest-hit by a series of tornadoes and storms in the South and Midwest, the White House announced on Saturday.

“The President has directed that Federal resources be surged immediately to the locations where there is the greatest need to alleviate suffering from the devastating consequences of these storms,” the White House said in a statement. “Because damage assessments are ongoing, further briefings will be provided to the President in the course of the day.”

Tornadoes landed in six states in the South and Midwest overnight, flattening a candle factory in Mayfield, Ky., and causing the wall of an Amazon warehouse in Illinois to collapse. The Federal Emergency Management Agency will oversee some of the efforts to provide aid to areas affected by the storms.

Biden also spoke with Kentucky governor Andy Beshear (D.), who has said at least 70 people died in his state alone as a result of the severe weather systems.

“The President and the Governor agreed to stay in contact throughout the day as search and rescue operations and damage assessments are ongoing,” the White House said.

“This will be, I believe, the deadliest tornado system to ever run through Kentucky,” Beshear said at a press conference on Saturday. “I’m now certain” the death toll “is north of 70, it may in fact end up exceeding 100 before the day is done,” Beshear added.

Much of the city of Mayfield was destroyed during the storms, while tens of thousands of people across the state were left without power.

Aerial video from @WDRBNews drone of town of #Mayfield pic.twitter.com/cWc0qJ4mVs