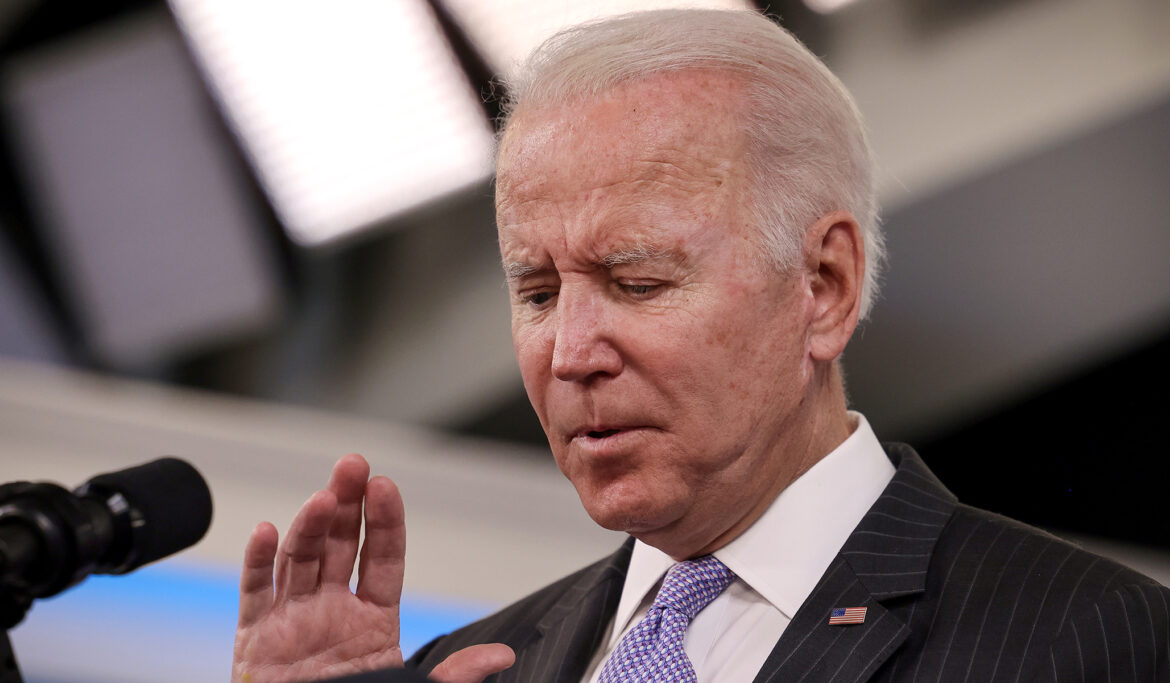 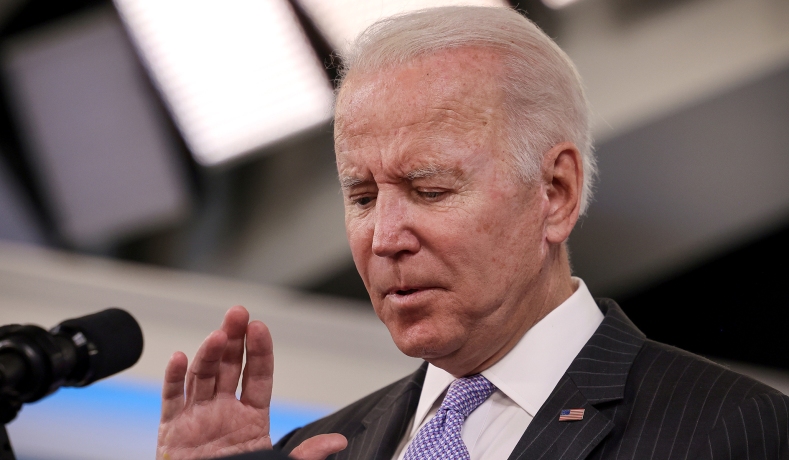 President Joe Biden delivers remarks on the authorization of the COVID-19 vaccine for children ages 5 to 11 at the White House in Washington, D.C., November 3, 2021. (Evelyn Hockstein/Reuters)

President Biden had a tense exchange with a reporter on Saturday who pressed the president over his previous comments disputing a Wall Street Journal report that the administration is considering issuing $450,000 payments to illegal immigrants who were separated from their families at the southern border under the Trump administration.

“You said last week that this report about migrant families at the border getting payments was garbage,” the reporter said, before Biden interrupted him to say, “No, I didn’t say that.”

“Let’s get it straight,” the president said. “You said everybody coming across the border gets 450,000 dollars.”

The reporter then clarified, “So the number is what you had the problem with?”

Biden responded that it was the number he took issue with.

“If in fact, because of the outrageous behavior of the last administration, you coming across the border — whether it was legal or illegal — and you lost your child,” Biden said, raising his voice and pointing his finger. “You lost your child, he’s gone, you deserve some kind of compensation no matter what the circumstances.”

He said he has “no idea” what the final settlement figure will be.

Biden’s comments come after he was asked by a Fox News reporter on Wednesday about the Wall Street Journal report; the reporter asked if the payments could serve as an incentive for more illegal immigrants to try to enter the U.S.

“If you guys keep sending that garbage out, yeah,” Biden responded. “But it’s not true.”

The reporter then asked Biden whether this is “this is a garbage report” and Biden said, “Yeah.”

“Four hundred and fifty thousand dollars per person. Is that what you’re saying?” Biden asked, then said, “that’s not gonna happen.”

One day later, White House deputy press secretary Karine Jean-Pierre told reporters that Biden had been commenting on “the dollar figure that was mentioned,” not on settling with the families.

She said that, “if it saves taxpayer dollars and puts the disastrous history of the previous administration’s use of ‘zero tolerance‘ and family separation behind us,” the president is “perfectly comfortable with the Department of Justice settling with the individuals and families who are currently in litigation with the US government.”

She did not disclose what figure Biden would support. American Civil Liberties Union executive director Anthony D. Romero told CNN that the Justice Department warned people involved in the negotiations that “the numbers reported in the press are higher than anywhere that settlement can land,” following Biden’s comments on Wednesday.

The report by the Wall Street Journal said that the U.S. Departments of Justice, Homeland Security, and Health and Human Services are weighing the payments as they work to resolve lawsuits claiming that the government subjected parents and children to lasting psychological trauma.

The report says that most of the families included one parent and one child who crossed the border illegally from Mexico and that many families would likely get smaller payouts, dependent on their circumstances.

While the American Civil Liberties Union says about 5,500 children were separated from their families at the border under the Trump administration, government officials expect that the number of families eligible under the potential settlement will be smaller. Still, the total payout could cost the government more than $1 billion, the report said.

Some government lawyers see the payouts as excessive for illegal immigrants who broke the law by crossing the border, according to the report. It added that a government lawyer threatened to remove his name from the case in protest of the potential settlement offer.