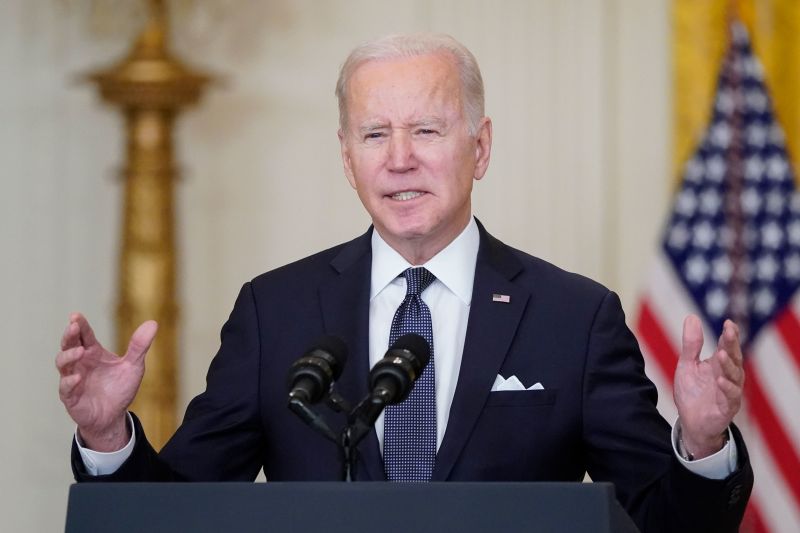 The funding for the federal government was set to expire on Friday. The bill signed into law Friday will extend the funding until March 11.

The House of Representatives voted last week on a bipartisan basis to approve the measure, known as a continuing resolution or CR for short. The bill passed in the Senate by a tally of 65 to 27.

Lawmakers are also working to lock in a broader full-year spending package, but have said they need more time to finish and, as a result, needed a short-term funding extension to avert a shutdown at the end of the week.

In the Senate, Republican demands and Democratic absences threatened to complicate the effort to lock in a final vote and brought action down to the wire as the February 18 funding deadline neared. But leaders from both parties projected confidence there would not be a shutdown and ultimately a final vote to pass the measure went forward Thursday evening.

A similar government funding standoff played out in December, but it ended with an agreement to hold votes on an earlier stopgap bill as well as a GOP amendment to prohibit the use of federal funding for Covid-19 vaccine mandates, which ultimately failed.

Prior to the latest extension being approved by Congress, the White House had expressed some level of confidence in the stopgap bill’s signing.

White House press secretary Jen Psaki said on Tuesday that the White House was “hopeful” it would land on the President’s desk. And early Thursday, White House principal deputy press secretary Karine Jean-Pierre said that the administration had been in “constant communication” with Capitol Hill on government funding, adding, “We work closely with the Senate and with Congress, in general. And that’s our path – is to avert a government shutdown.”

Pressed on whether the White House had received any assurances that a shutdown would be avoided, she said it was “clearly a priority for us to make sure that there is not a government shutdown.”

This story has been updated with additional background.