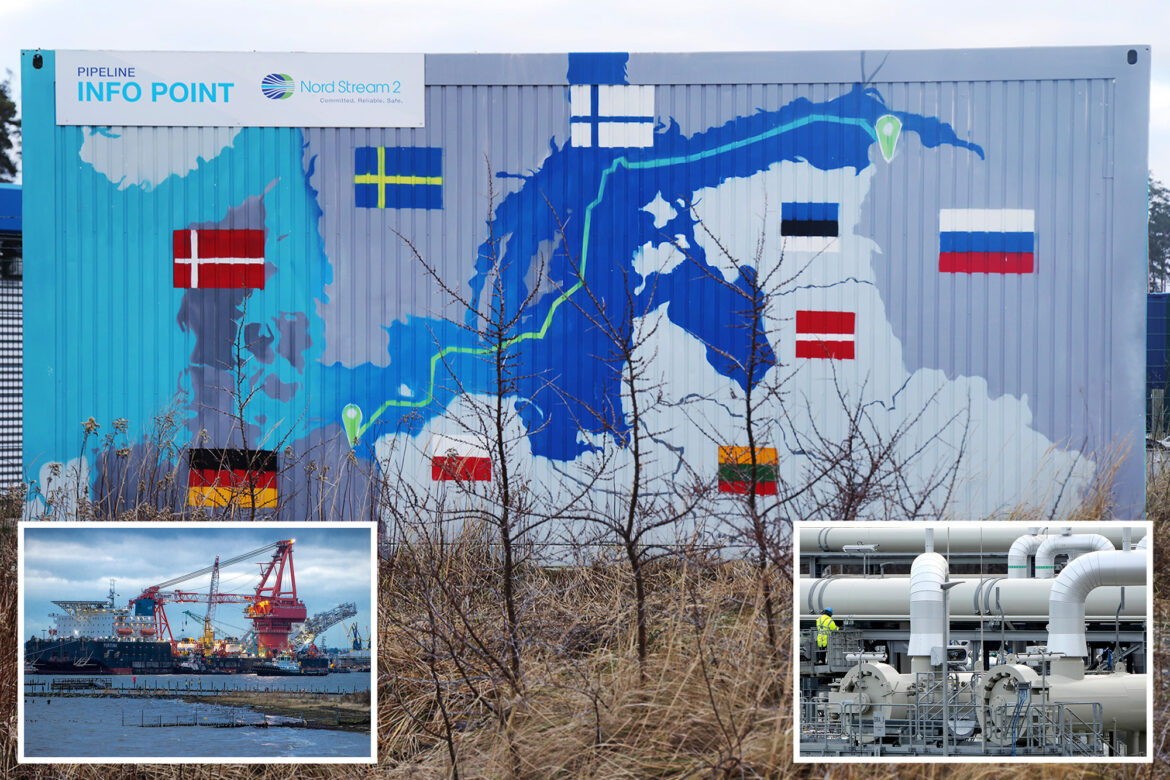 President Biden announced Wednesday the US would impose sanctions on the Russian-owned company behind the construction of the controversial Nord Stream 2 natural gas pipeline linking Russia and Germany following Moscow’s invasion of Ukraine.

In a statement, Biden described the sanctions as “another piece of our initial tranche of sanctions in response to Russia’s actions in Ukraine.”

“As I have made clear, we will not hesitate to take further steps if Russia continues to escalate,” the president said. “Through his actions, [Russian] President [Vladimir] Putin has provided the world with an overwhelming incentive to move away from Russian gas and to other forms of energy.”

A map shows the course of the Nord Stream 2 gas pipeline from Russia to Germany.Getty Images 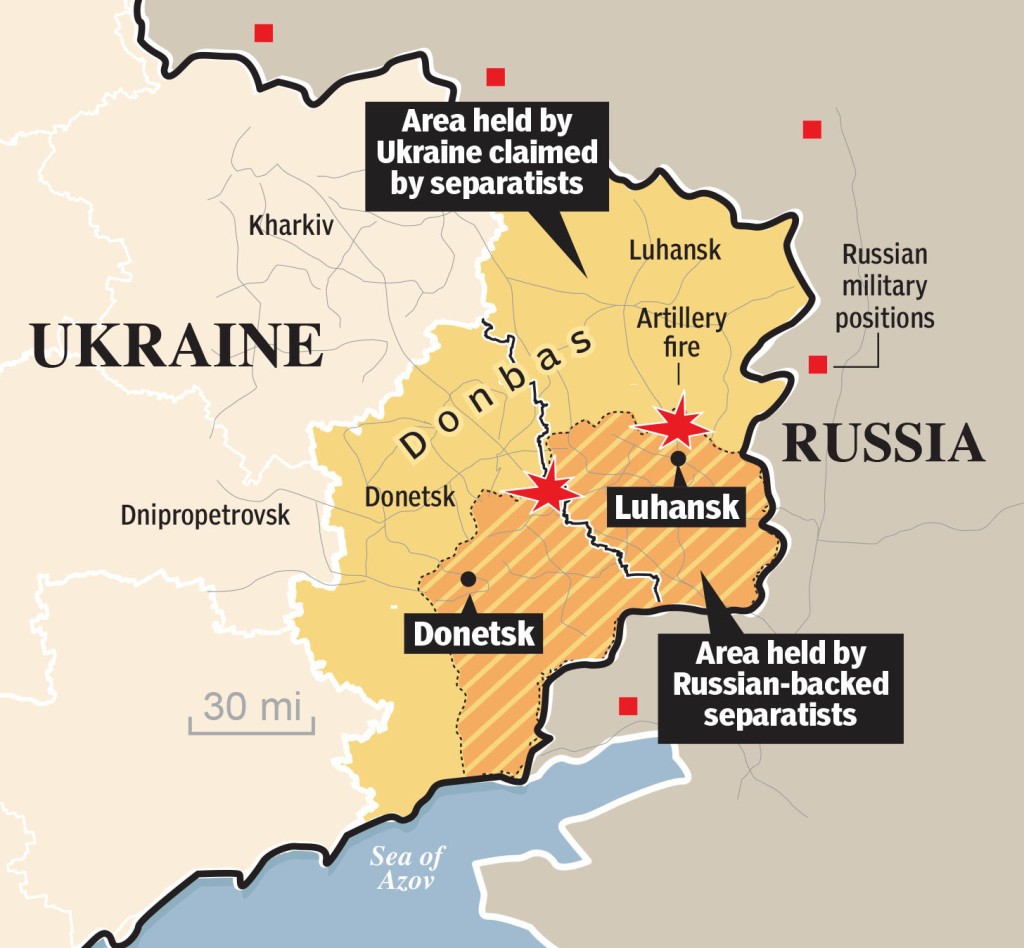 Ukraine and the regions threatened by Russian incursion as seen on a map.NY Post Illustration

When asked at the time about the move, Biden said he was allowing construction of the pipeline to proceed in part because “it’s almost completely finished.”

“The idea that anything that — and it’s not like I can allow Germany to do something they’re not,” the president told reporters in May. “To go ahead and impose sanctions now, I think, would be counterproductive now in terms of our European relations. And they know how strongly I feel. And I hope we can work on how they handle it from this point on.” 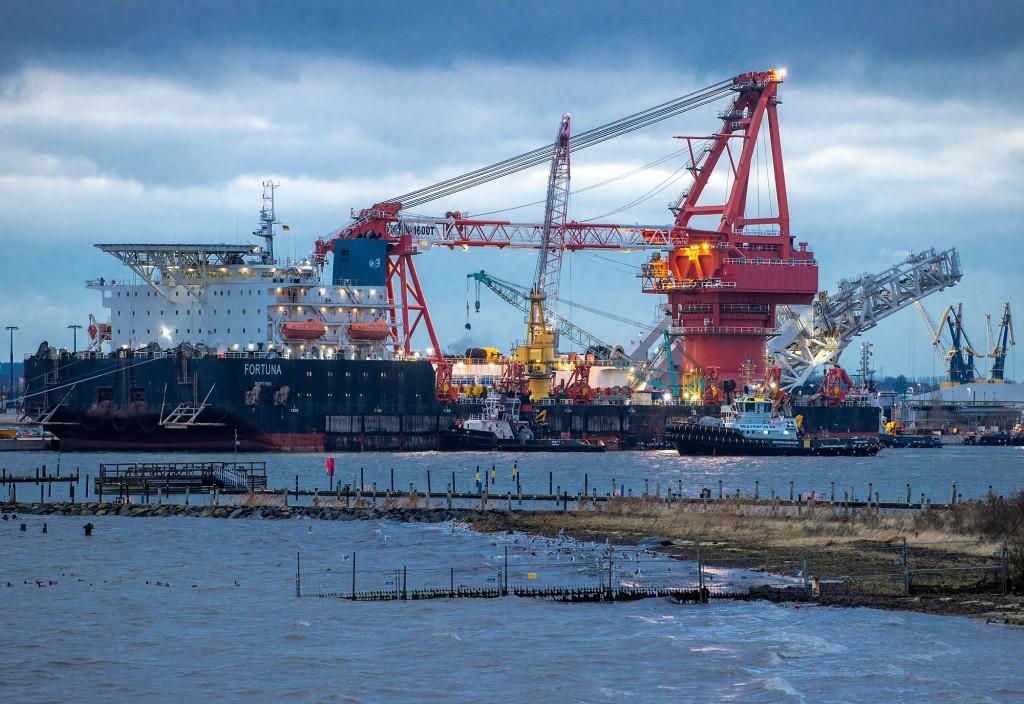 A tugboat get into position by the Russian pipe-laying vessel Fortuna.AP

The pipeline runs under the Baltic Sea and bypasses Ukraine, depriving the Kyiv government of lucrative natural gas transfer fees.

Earlier this month, Biden promised to “bring an end to” the Nord Stream 2 pipeline if Russia invades Ukraine.

“If Russia invades — that means tanks or troops crossing the border of Ukraine, again — then there will be no longer a Nord Stream 2,” Biden said during a Feb. 7 press conference with German Chancellor Olaf Scholz. 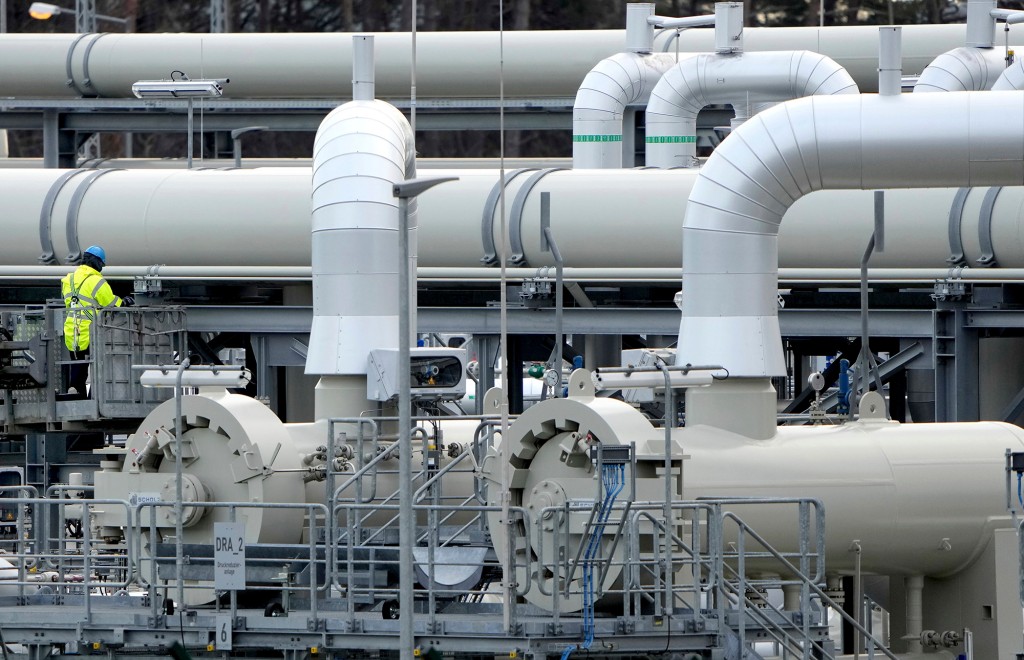 Pipes at the landfall facilities of the Nord Stream 2 gas pipeline in Lubmin, northern Germany.AP

In January, the Senate voted down a bill pushed by Sen. Ted Cruz (R-Texas) that would have imposed new sanctions on the Russian-owned corporation. The legislation received 55 votes, five short of the threshold required to pass.

Cruz forced a vote by delaying consideration of 32 of Biden’s high-level State Department appointees. On Wednesday, he announced he would lift the hold.

“President Biden made the right decision today,” Cruz said in a statement. “Allowing Putin’s Nord Stream 2 to come online would have created multiple, cascading, and acute security crises for the United States and our European allies for generations to come. Today’s announcement is critical to preventing such scenarios.” 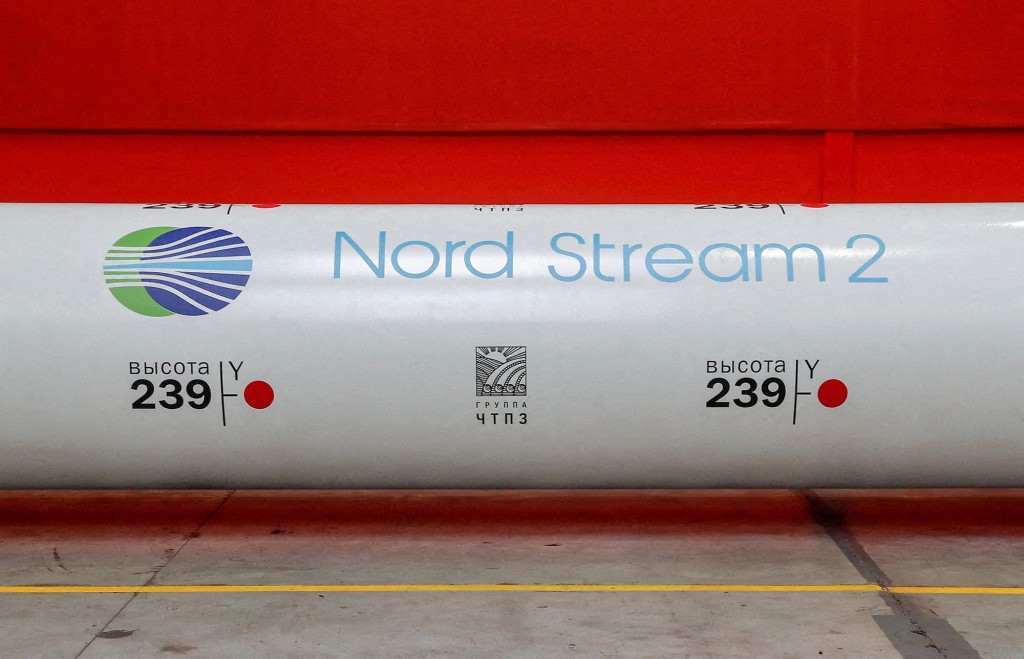 The logo of the Nord Stream 2 gas pipeline project is seen on a large pipe in Chelyabinsk, Russia. REUTERS

“Today’s announcement should be followed by additional steps inside the Biden administration and in Congress to permanently lock in sanctions,” Cruz added. “Putin believes that Nord Stream 2’s activation is a fait accompli now that it has been physically completed, and that any barriers or sanctions are only temporary. His aggression toward Ukraine is based on that assessment, and the only way to change his decision calculus is to convince him Nord Stream 2 will never come online.”