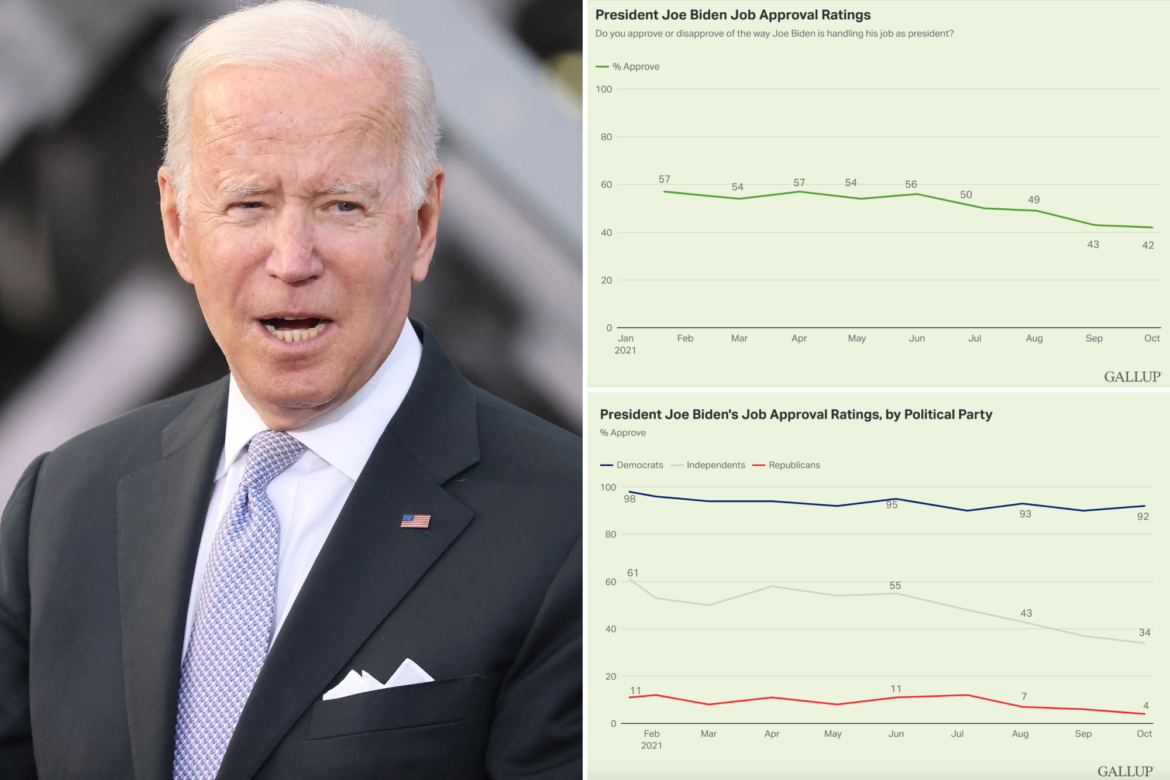 President Joe Biden has seen his approval rating drop precipitously among independents, down from 61 percent in February to just 34 percent at the nine-month mark of his presidency, according to a new poll published on Friday.

Nationally, the president’s rating has remained steady last month at 42 percent, after a sharp six-point drop in September. His public approval is down a total 14 percentage points since June, according to the latest Gallup poll.

The data, taken from Oct. 1-19, suggests no improvement in public support, which Gallup attributes to recent setbacks such as the infrastructure bill debate and issues such as inflation and worker shortages. 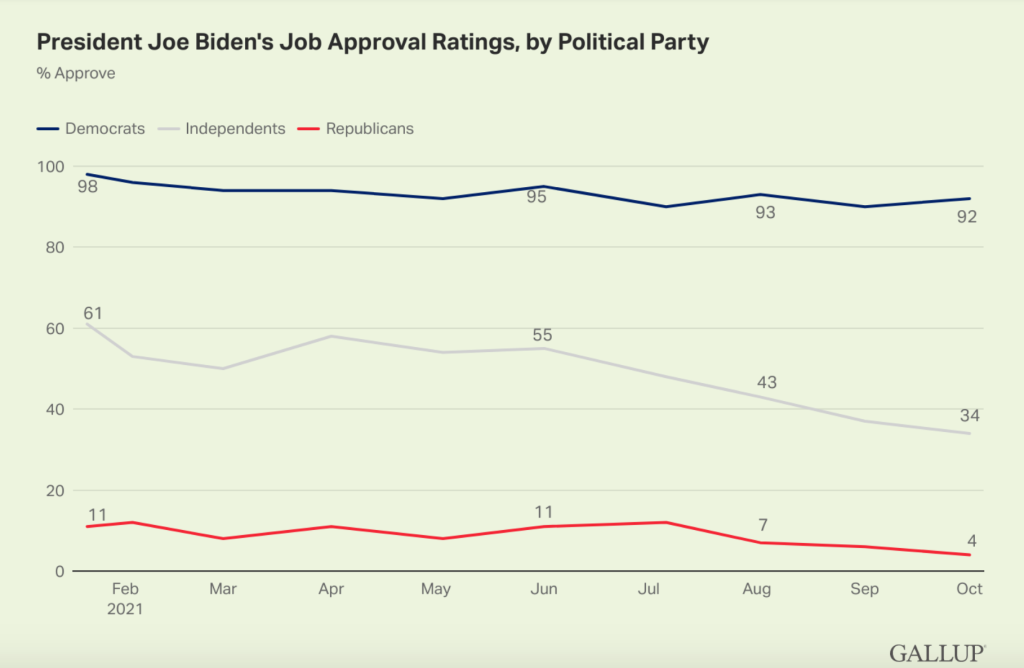 The 88-percent partisan gap in job approval is the largest in Biden’s presidency thus far, and is one of the largest in Gallup’s nearly 80 years of polling, it said.

The deep party entrenchment showed that Biden’s loss of support is among independent voters, of which only 34 percent say they approved of Biden’s presidency in October, a drop of 21 points since June, the poll found.

Gallup said the 11-point decline is larger than any prior president registered between his first and third quarters. Next closest are President Barack Obama at 10 points and Bill Clinton at seven points. 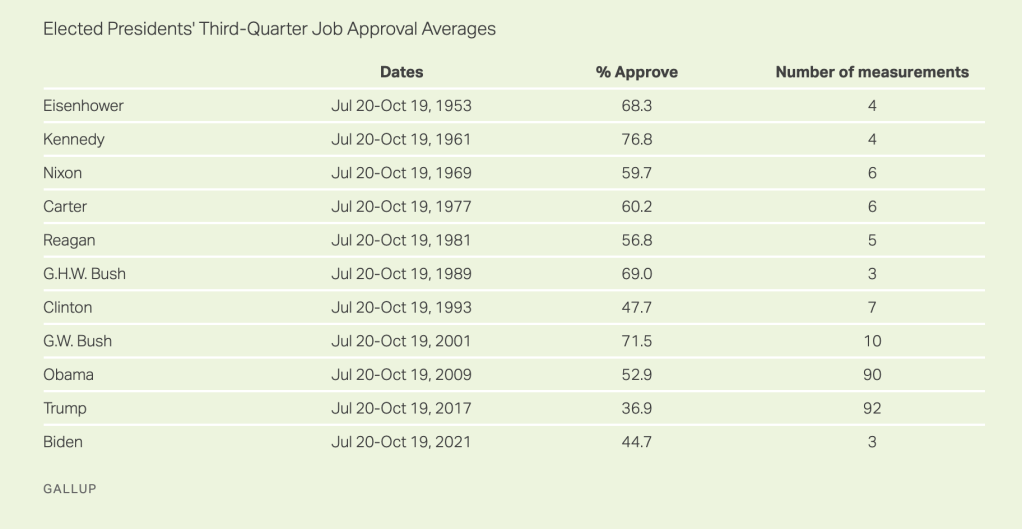 The 88-percent partisan gap in job approval is the largest in Biden’s presidency thus far, and is one of the largest in Gallup’s nearly 80 years of polling, it said.Gallup