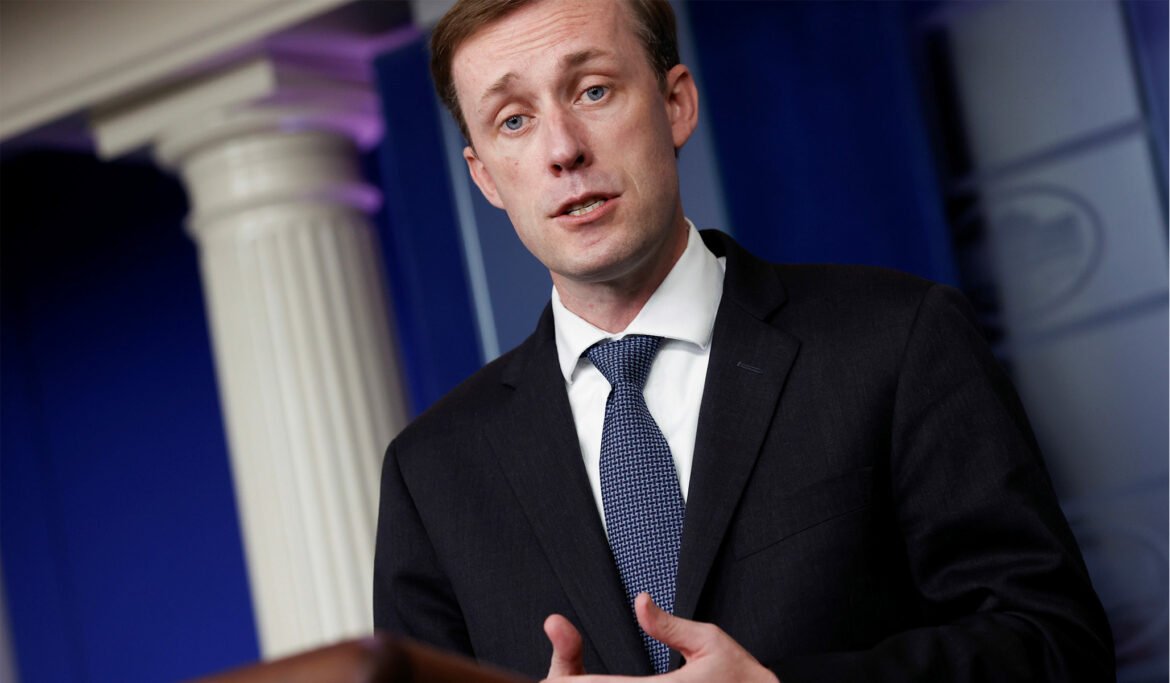 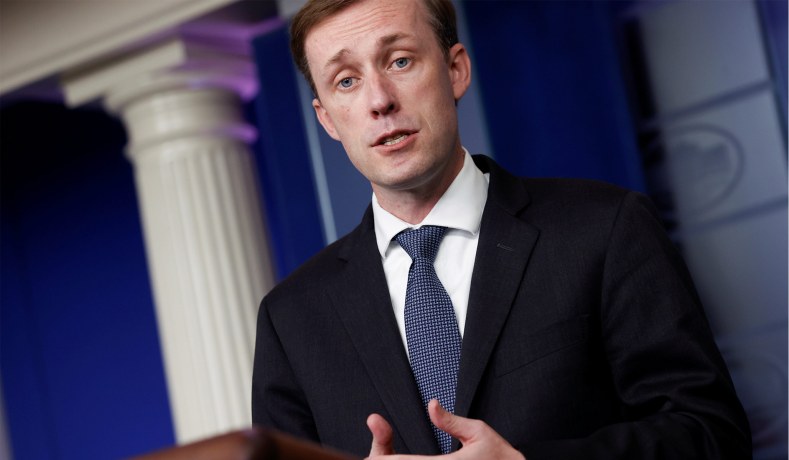 National-Security Adviser Jake Sullivan on Sunday defended the Biden administration’s claims that Russia might use a false-flag operation to justify invading Ukraine, despite not offering evidence to back up its claims.

During an appearance on CNN’s State of the Union, host Jake Tapper pressed Sullivan on the issue, saying: “That’s a strong claim to make without presenting a shred of evidence. Is there anything more you can tell the public — a public that might be justifiably rather skeptical of claims about intelligence?”

National Security adviser Jake Sullivan tells @JakeTapper that Russian forces are in a place where an invasion could take place before the end of the Beijing Winter Olympics.

“A major military action could begin by Russia in Ukraine any day now,” he says. #CNNSOTU pic.twitter.com/Zlxmx5mhpU

Sullivan replied that the allegations should carry credibility given that the intelligence is not being used to start a war, which he said has happened in the past, but instead is being used to “stop a war.”

“I think that fundamentally gives it, at the outset, a different level of credibility,” he said.

He added that a false-flag operation would be “consistent with the Russian playbook.”

“We have seen them do this before many times,” Sullivan said. “You ask any Russia expert, they will point to examples of where Russia has used false-flag operations as pretext to start military action.”

He added: “Third, if you look at the Russian media, they are laying the groundwork for a potential pretext by raising the possibility of attacks by Ukrainian forces on either Russians themselves or Russia’s proxy forces in the Donbas.”

Finally, Sullivan said the U.S. is not the only country warning of the potential for a false-flag operation. He said NATO allies are saying they’ve reviewed the intelligence and have reached the same conclusion.

“So I do think the world should be prepared for Russia staging a pretext and then launching a potential military action,” he said.

Sullivan’s defense comes after a veteran reporter with the Associated Press sparred with State Department spokesman Ned Price over the allegations earlier this month.

Reporter Matt Lee called out Price for refusing to provide evidence to back up the false-flag-operation claims.

Price opened his press briefing earlier this month in saying that “Moscow might create a false-flag operation” to justify an invasion of Ukraine. He cited a Russian intelligence propaganda video that allegedly depicts “explosions and fake corpses,” “crisis actors pretending to be mourners,” and “images of destroyed locations or military equipment” on the ground in Ukraine.

The Biden administration has claimed that Russia may stage an attack in the separatist regions of Ukraine to have a reason to intervene on behalf of the Russian-speaking people there. The U.S. says if Russian president Vladimir Putin declares the regions independent territory, the purported video could provide the “green light” for Russian troops to move in.

Lee pushed back, noting the State Department had not offered any evidence that Russia has created a “crisis actor” video.

“If you doubt the credibility of the U.S. government, of the British government, of other governments and want to, you know, find solace in information that the Russians are putting out, that is for you to do,” Price said.

Lee pushed back, citing several U.S. intelligence failures that had catastrophic consequences in recent decades, including the “weapons of mass destruction” speculation that was a pretext for America’s 2003 military intervention in Iraq and the U.S. timeline for Afghanistan’s fall.

“I would like to see some proof that you can show that shows what the Russians are doing. I’ve been doing this a long time . . . I remember Iraq and that Kabul’s not going to fall,” Lee said.

Sullivan, meanwhile, also said on Sunday that Russia could undertake a “major military action” in Ukraine “any day now” including in the coming week before the end of the Beijing Olympics.

“It is still possible, we believe, that Russia could choose the diplomatic path, but the way they have built up their forces, the way they have maneuvered things in place makes it a distinct possibility that there will be major military action very soon, and we are prepared to continue to work on diplomacy, but we are also prepared to respond in a united and decisive way with our allies and partners should Russia proceed.”