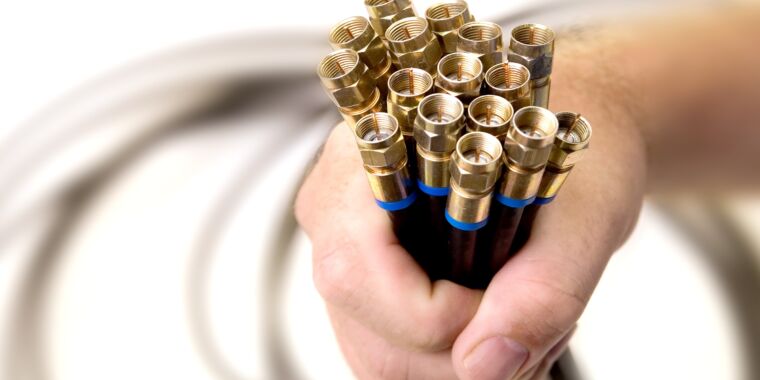 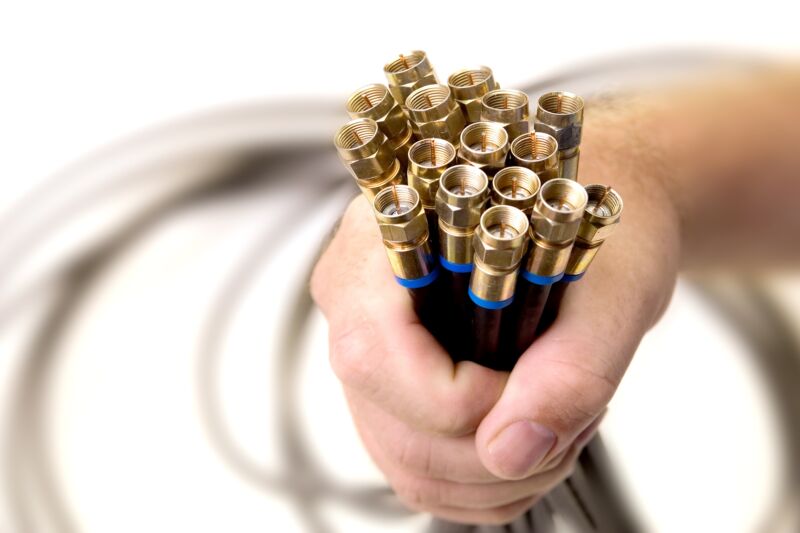 The cable lobby is trying to stop a possible ban on exclusive wiring deals between Internet providers and landlords, claiming that exclusive arrangements are “pro-competitive” even though they make it harder for new ISPs to provide service in multi-unit apartment and condo buildings.

The Federal Communications Commission last week sought public comment on how to promote competition in multiple tenant environments (MTEs), following a President Biden order that encouraged the FCC to “prevent ISPs from making deals with landlords that limit tenants’ choices.” The FCC technically bans exclusive agreements for TV and telecom services in multi-unit buildings, but it hasn’t stamped out the problem in part because FCC rules allow deals that prevent new ISPs from using existing wiring. These wiring deals are sometimes exclusive to one ISP even when the wires are owned by the building owner and not being used.

The new FCC public notice asks whether the commission should “revisit its conclusion that exclusive wiring arrangements generally do not preclude access to new entrants and thus do not violate its rules.” That conclusion was made in 2007 under a Republican majority. The FCC is now asking for public comment on whether exclusive wiring deals “inhibit entry by competing service providers” and on whether the deals have any benefits for tenants to outweigh the drawbacks.

The new public notice seeks to “refresh the record” in an FCC proceeding on competition in multi-unit buildings that began in 2019 under then-Chairman Ajit Pai. Several groups told the Pai-led FCC that exclusive wiring deals are used as an end run around the prohibition on exclusive service deals. But cable companies that benefit from the deals urged the FCC to reject calls to regulate or ban them and are continuing that argument with the Biden-era FCC.

Cable lobbyists urged the FCC to examine “the technical infeasibility of simultaneous sharing of in-use wiring by different providers” and argued that bulk billing and exclusive marketing arrangements have “pro-consumer benefits.” The NCTA also argued that “deployment, competition, and consumer choice in multiple tenant environments are strong.” Advertisement

ISPs that favor exclusive deals have repeatedly made the argument about in-use wiring, but other ISPs say the concerns are unfounded because the FCC could prohibit exclusive deals while ensuring that wires can’t be used by two ISPs simultaneously. For example, a resident could choose from two ISPs, and whichever ISP is chosen would use the existing wires heading into the resident’s unit.

“Any issues related to the mandatory sharing of existing in-use wiring was resolved” when the FCC in 2019 issued a ruling on San Francisco’s inside-wiring requirement, in which the FCC “preempted the only law in the country that could be interpreted to mandate the sharing of existing in-use wiring,” the Wireless Internet Service Providers Association (WISPA) told the FCC in September 2019. “The commission explained that ‘[i]n-use wire sharing upsets the balance struck by the commission in its cable inside wiring rules [which are] aimed to promote competition while preserving incentives for the deployment and maintenance of modern in-building facilities.’ This action by the commission negates any justification for retaining exclusive wiring agreements based on an unfounded fear of mandatory sharing of in-use wiring owned or controlled by the provider.”

The FCC preemption order issued by the Pai-led FCC had little to no practical impact because the San Francisco ordinance was designed to let new ISPs use unused wires. Incompas, a pro-competition industry group, told the FCC in 2019 that “incumbent providers and MTE owners have manipulated the commission’s current allowance for exclusive wiring arrangements to ensure that competitors can no longer access fallow or unused cable wiring.”

Verizon, which competes against cable companies with its FiOS fiber Internet and TV service, urged the FCC to prohibit exclusive wiring deals for wiring that’s owned by the building owners. “New entrants will be less likely to deploy to an MTE if they are prohibited from accessing existing unused wiring and must instead devote resources to wiring a building,” Verizon wrote in September 2019.

The FCC quoted WISPA as saying such deals “act as a market barrier for competitive providers because MTE owners/managers may not know which wiring is exclusive to a specific provider and therefore will prohibit access to all wiring… in fear of violating any exclusive agreement(s) with the incumbent.” Internet provider Starry told the FCC that “[o]nce the commission prohibited exclusive access agreements, incumbents came to rely on combinations of revenue share, exclusive marketing, exclusive wiring, and flat-out scare tactics to try to prevent successful competition in MTEs.”

One type of exclusive wiring deal is called a sale-and-leaseback arrangement, in which an ISP sells its wiring to a building owner and then leases back the wiring on an exclusive basis. WISPA argued that this is a “de facto exclusive access agreement acting under the guise of an exclusive wiring agreement.” Advertisement

FCC Acting Chairwoman Jessica Rosenworcel is more likely to want to ban exclusive wiring deals than her predecessor, but the FCC still doesn’t have a Democratic majority because President Biden has failed to nominate a fifth commissioner to break the 2-2 deadlock that has existed since Pai left the commission.

“Across the country throughout the pandemic, the need for more and better broadband access has never been clearer,” Rosenworcel said last week. “With more than one-third of the US population living in condos and apartment buildings, it’s time to take a fresh look at how exclusive agreements between carriers and building owners could lock out broadband competition and consumer choice.”

In addition to wiring rules, the FCC public notice sought comment on “revenue sharing agreements between MTE owners and service providers, and whether such arrangements inhibit entry by competitive providers or affect the price and quality of service options for consumers” and “for input on whether exclusive marketing arrangements create confusion and lower choices for tenants,” the FCC said.

Although the cable lobby opposes a ban on exclusive wiring deals, the NTCA called on the FCC to expand its prohibition on exclusive service agreements to cover all types of broadband providers.

“The commission can promote even greater deployment and competition by prohibiting not just cable operators, other covered MVPDs [Multichannel Video Programming Distributors], and telecommunications carriers, but all broadband providers from entering into MTE exclusive access agreements,” the NCTA wrote.