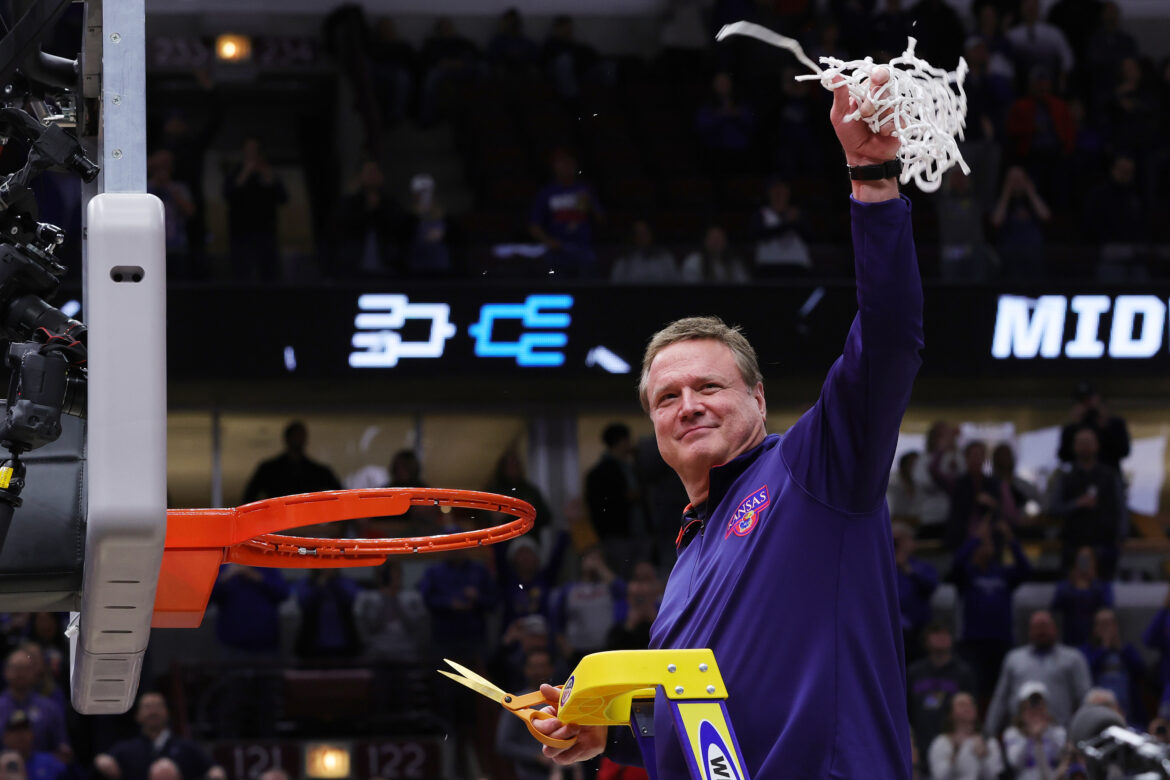 Self was rightly emotional after the game, as he and his family have been through a lot this year. The veteran coach lost his father just a few months ago, and he’s been open about dealing with grief throughout this tournament run.

In the moments after winning the national championship, thus completing a memorable comeback in the process, Self could only think of two things — his student-athletes, of course, and his father.

“It’s great for the kids. It’s especially special for my family this year, because we lost our father two months ago. We had a lot to play for,” Self said.

Self spoke about the comeback itself, stating that the team had a renewed approach. While they could’ve been disappointed at facing a 15-point deficit despite making an early impact via a quick 7-0 run to start the game, Self instead framed his speech a different way.

“I told them at halftime, would you rather be down 15 with 20 left or down 9 with 2 left?” Self stated after the game.

Whatever he said, worked. And the Jayhawks are national champions as a result.