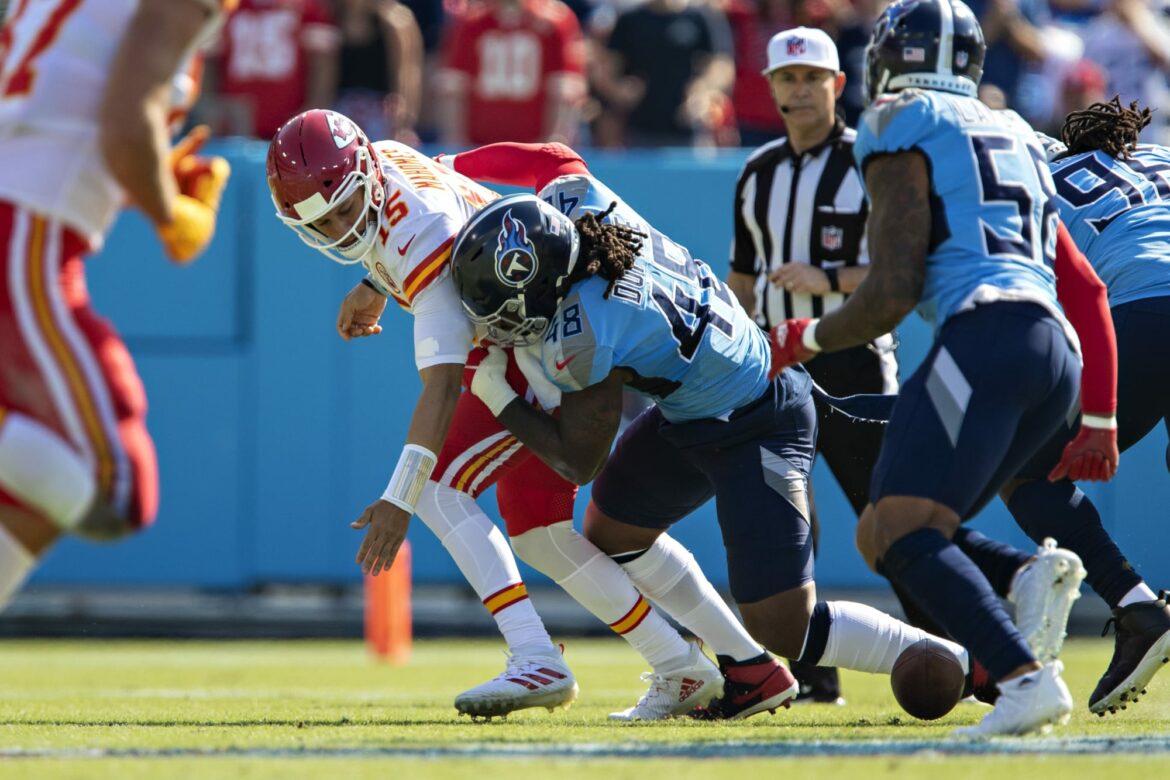 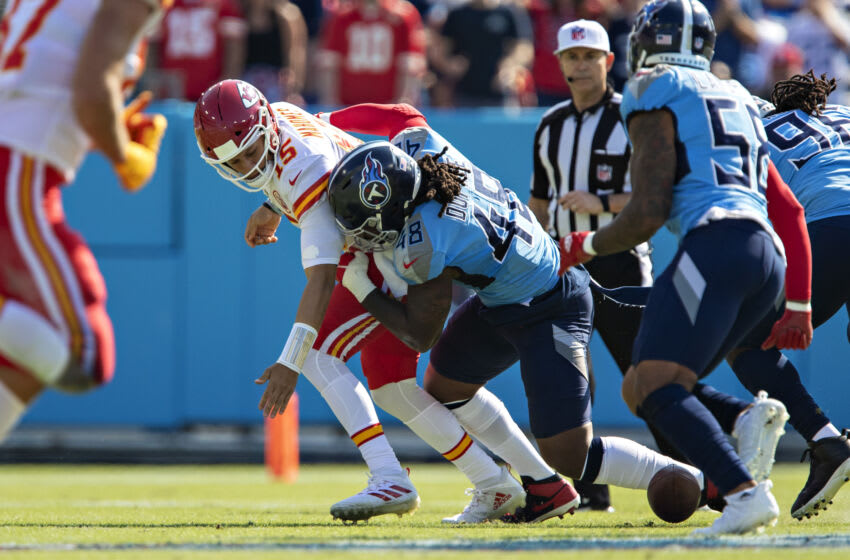 NASHVILLE, TENNESSEE – OCTOBER 24: Patrick Mahomes #15 of the Kansas City Chiefs has the ball stripped by Bud Dupree #48 of the Tennessee Titans at Nissan Stadium on October 24, 2021 in Nashville, Tennessee. The Titans defeated the Chiefs 27-3. (Photo by Wesley Hitt/Getty Images)

As the Pittsburgh Steelers get set to face off against the Tennessee Titans, they’ll have to be prepared to see a familiar face: Bud Dupree.

It hasn’t been all that long since Bud Dupree was a member of the Pittsburgh Steelers. Once a fairly productive linebacker for Pittsburgh, Dupree is now a member of the Tennessee Titans. It sure seems like he’s ready to face off against his former team.

In a video shared to Twitter by ESPN’s Turron Davenport, Dupree can be spotted preparing for the Titans’ upcoming game against the Steelers with Wiz Khalifa’s “Black and Yellow” playing in the background.

Tennessee Titans: Bud Dupree looks ready to get revenge on his former team, the Pittsburgh Steelers

Dupree wasn’t exactly with the Steelers for an incredibly long period of time, but he was able to play in a number of game for Pittsburgh over the six seasons he spent with the Steelers. In total, from 2015 to 2020, Dupree played in 81 games while also starting in 66 games. During his time in Pittsburgh, Dupree totaled 231 combined tackles and 39.5 sacks.

However, the Steelers ended up deciding to move on from Dupree, who went on to sign a five-year, $82.5 million with Tennessee.

Now with the Titans, Dupree hasn’t been a huge contributor so far, but he got the opportunity to return to practice this week and now could have a chance to have an impact against his old team. It sure looks like he might appreciate that.