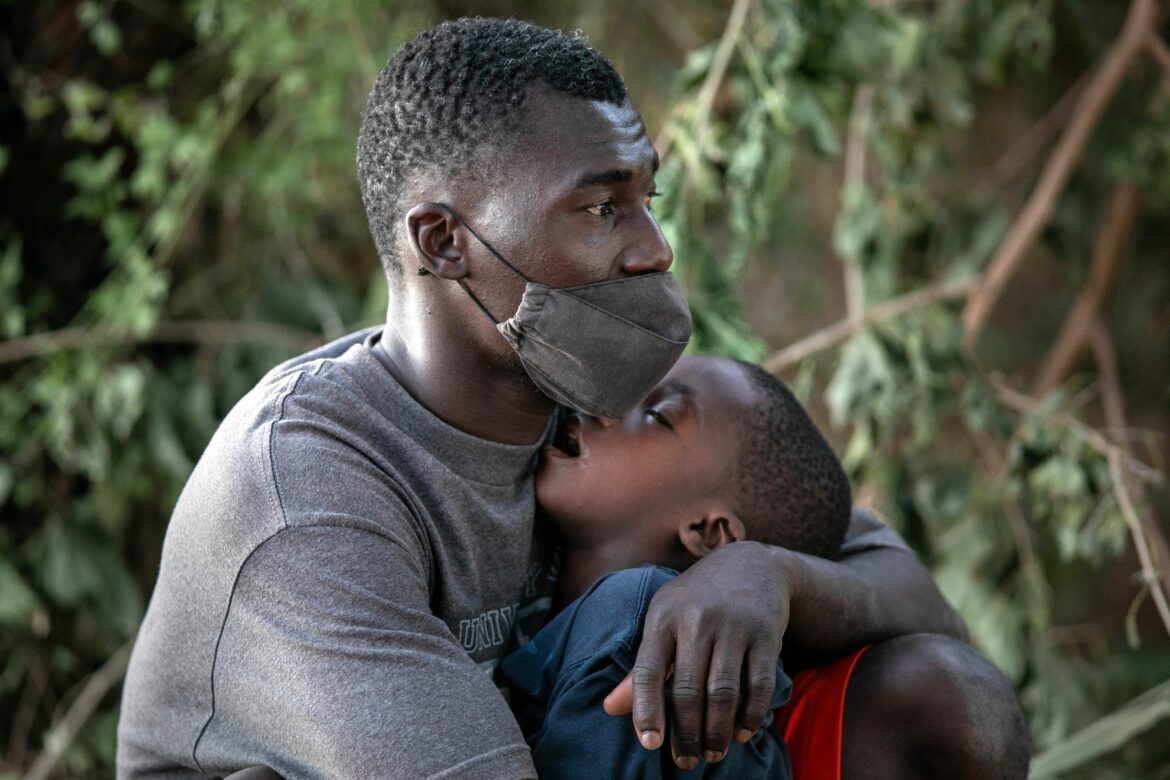 Several Black immigration organizations have filed a formal complaint with the Department of Homeland Security’s Office of Civil Rights and Civil Liberties, demanding that the Biden administration halt its continued deportations of Haitian asylum seekers.

The complaint filed by four groups ― the Haitian Bridge Alliance, UndocuBlack Network, African Communities Together and Black Alliance for Just Immigration ― requests that any potential witnesses of Border Patrol abuses be allowed to remain in the U.S. while their asylum claims are investigated. The complaint was first reported by theGrio, and signed by dozens of advocacy groups.

More than 13,000 Haitians were camped along the river at the Texas border town of Del Rio last weekend when Border Patrol officers on horseback charged at some of those gathered there, verbally assaulting and appearing to whip them. Photos of the violence shocked the public.

Haitian asylum seekers — who have long been subjected to anti-Black discrimination and violence — have been trying to enter the U.S. via the Mexican border for years. The assassination of the Haitian president in July and a 7.2-magnitude earthquake in August have only made the situation more dire.

A Border Patrol agent on horseback tries to stop a Haitian migrant from entering an encampment in Del Rio, Texas, on Sept. 19.

In their complaint, the groups argued that by conducting immediate deportations, DHS has failed to comply with a recent Immigration and Customs Enforcement directive that instruct ICE to “withhold civil immigration enforcement action against victims or witnesses participating in criminal investigations.”

“When victims have access to humanitarian protection, regardless of their immigration status, and can feel safe in coming forward,” the directive says, “it strengthens the ability of … law enforcement agencies, including ICE, to detect, investigate, and prosecute crimes.” The complaint argues that such principles must also apply to victims of DHS offenses.

“What we have witnessed in Del Rio is a repugnant display of our values, as deportations and expulsions have been administered based on a system of cruelty, sadism and oppression towards extremely vulnerable people,” Haitian Bridge Alliance executive director Guerline Jozef said in a press release.

“President Biden and Vice President Harris campaigned on the promise of ending Trumpian policies that lack respect and humanity, especially when it comes to immigration and thus far, they have failed,” she continued.

Homeland Security Secretary Alejandro Mayorkas has maintained that, while the images from Del Rio are disturbing and have prompted him to temporarily cease the use of horse patrol, he believes his department is doing the right thing by conducting mass deportations of Haitians. The Biden administration has granted temporary protected status for Haitians already in the U.S., but that does not extend to the new arrivals.

On Sunday, Mayorkas defended the decision on “Meet The Press.”

“That is the exercise of a public health imperative,” he said. “We’re in the midst of a pandemic and the Centers for Disease Control has a Title 42 authority that we exercise to protect the migrants themselves, to protect the local communities, our personnel and the American public. The pandemic is not behind us. Title 42 is a public health policy, not an immigration policy.”

WATCH: @SecMayorkas says Haitian migrants were “subject to Title 42 expulsion” on #MTP @ChuckTodd: Is Title 42 “an authority you still want to have?”

Mayorkas: “That is an authority that the Centers for Disease Control has determined to still be necessary.” pic.twitter.com/H9uxH8bPSz

Title 42 of the Public Health Service Act gives federal health officials the power to take extraordinary measures to limit transmission of an infectious disease. Under former President Donald Trump, immigration officials began using that justification to deport asylum seekers arriving at the border, immediately returning them to their countries of origin and denying them the opportunity to apply for asylum. The Biden administration has continued the controversial policy.

So far, about 4,000 Haitians camped out in Del Rio have been deported under Title 42, Mayorkas said.

Critics of the policy have called it a thinly veiled measure to curb immigration. Federal health officials said last year that immigration officials in the Trump administration overruled senior CDC scientists who objected to invoking the rule for immigration purposes, saying there was no evidence that doing so would slow the spread of COVID-19.

The complaint by the organizations notes that the migrants have been denied access to attorneys, interpreters, adequate medical care, fear-based screening and proper nourishment and sanitation, all under intense heat. It also highlights physical intimidation and violence against migrants by Border Patrol officers, and misleading statements made by Homeland Security officers to Haitians about where they were being flown to.

“We’re not living up to our obligation as a nation to be a place of refuge for people seeking a better life,” former Obama administration Cabinet member Julián Castro told HuffPost earlier this week. “And in the least, asylum seekers, whether they’re from Haiti, or from one of these Northern Triangle countries should be allowed to make their asylum claim, instead of being severely expelled from the country. This was not the change we were hoping for on immigration policy.”