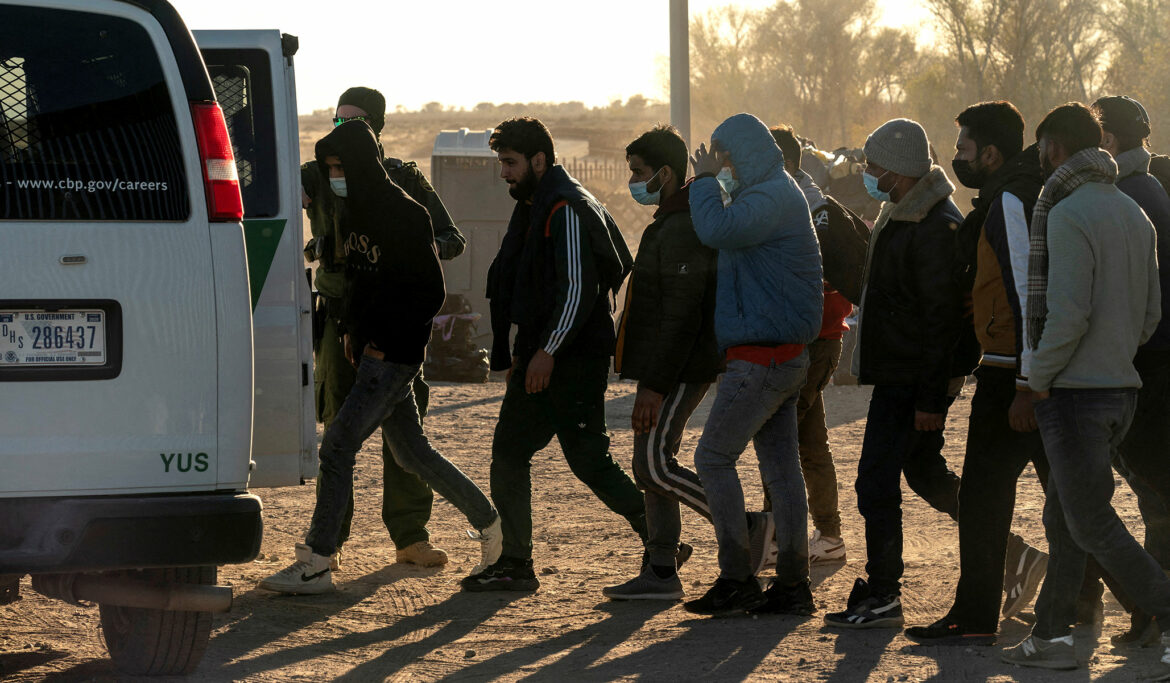 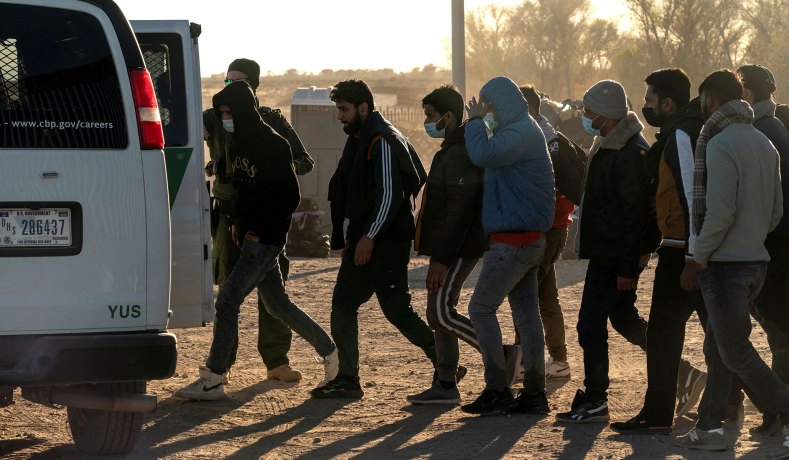 Migrants, mostly from India, are transported by the U.S. Border Patrol after crossing the border from Mexico at Yuma, Ariz., January 23, 2022. (Go Nakamura/Reuters)

Border Patrol agents encountered 153,941 migrants at the southern border in January, according to data from U.S. Customs and Border Protection filed in federal court on Wednesday.

The number of encounters was a record high for the month of January going back at least to the year 2000, CBP records show.

However, the total also represented a 14 percent drop in the number of encounters since December 2021, CBS News reported. The total was the lowest since February 2021, when agents encountered more than 101,000 migrants, just before a major spike in illegal border crossings that continued throughout the summer.

A majority of migrants are expelled under Title 42 regulations first enacted during the Trump administration, which allow border agents to immediately expel migrants because of the Covid pandemic. While Democrats have condemned the use of Title 42 to justify expulsions, the Biden administration has not rescinded its use of the regulation.

The CDC said in a press release at the time that the order “shall remain in effect until the CDC Director determines that the danger of further introduction of COVID-19 into the United States from covered noncitizens has ceased to be a serious danger to the public health.”