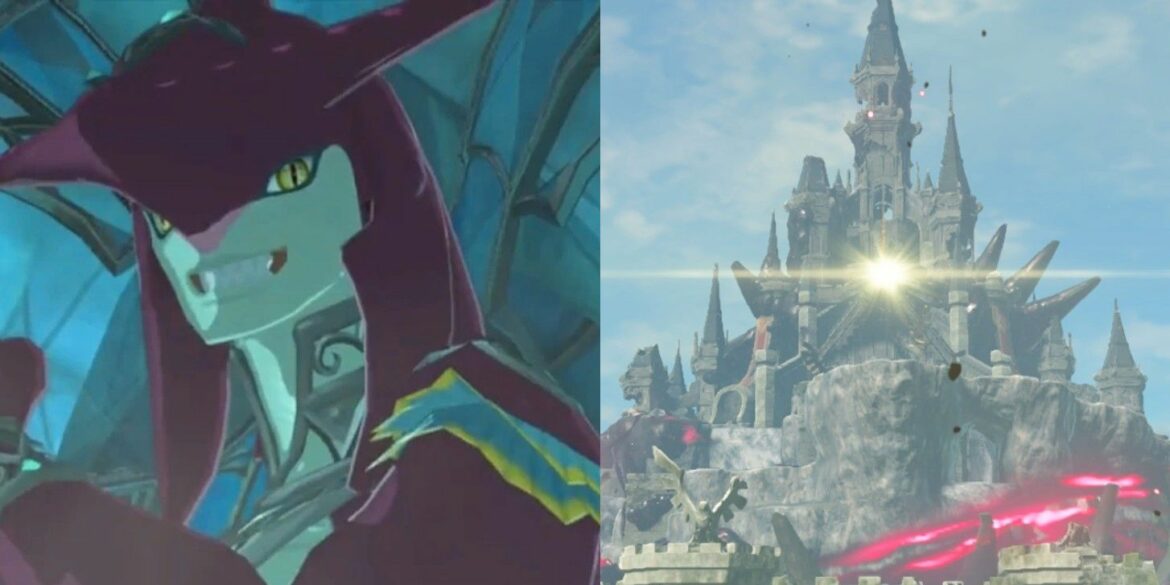 A Zelda: Breath of the Wild fan has used a glitch to bring Prince Sidon of the Zoras to Ganon, with the Champion appearing in Hyrule Castle.

A Legend of Zelda: Breath of the Wild player has brought Prince Sidon to Ganon’s door at Hyrule Castle, changing up the formula and story of the Nintendo hit. The 2017 game has kept countless players enthralled since its release, in part thanks to the wide array of game secrets, exploits, and mods compatible with Breath of the Wild. While the Zelda title already offers hours of gameplay, using exploits can provide Link with a whole new set of advantages for his time in Hyrule.

Zelda: Breath of the Wild features a large open-world packed with missions, sidequests, NPCs, and Easter eggs that keep the game fresh, and allow users to discover something new even after putting hours into the game. One of the most popular pastimes for experienced players is using glitches and exploits to transform the experience and allow things that wouldn’t typically be permitted in a regular playthrough. In the years since its release, users have discovered everything from underwater waterfalls to ways to bring horses into disallowed areas, and even glitches that stack BOTW’s inventory.

Redditor Polaris_4096 managed to change the end of Breath of the Wild by bringing a companion along for the final battle with Ganon – choosing the fan-favorite Zora prince Sidon to accompany Link. In a video, the player is seen at Hyrule Castle, followed around by Sidon thanks to a glitch. According to the user, the feat was achieved by first glitching Sidon out of the Vah Ruta battle. They explain:

“I used that [glitch] and brought [Sidon] down the river to the docks in Hyrule Castle. Then I slowly worked my way through the library and up the main paths, defeating several guardians and a Lynel in the process. It probably took close to an hour, but it can vary since Sidon tends to get stuck randomly.”

Glitching BOTW characters into new areas is something that’s been done before, but like lots of the game’s hidden secrets, it’s not something many players have typically seen. It also doesn’t serve many functions in terms of gameplay, with Sidon not being able to fight alongside Link, or aide him in any way. Despite this, seeing Sidon in Hyrule Castle demonstrates the versatility of the game, and could well be one of the many exploits developers left in the game to keep players on their toes.

By bringing a Champion to Ganon’s doorstep, Polaris_4096 challenges the final sequences of Breath of the Wild, and gives users the opportunity to imagine what an end-battle could look like if Link had some help. The glitch may not give users an edge in battle, but it serves to show how BOTW glitches can change elements of the game. It’s hoped that Nintendo is aiming for a similar level of player freedom, including a range of exploits, for BOTW’s upcoming sequel, scheduled to launch in 2022.

Next: BOTW’s Designers Purposely Left Fun Glitches In The Game

Lara Jackson is a Games Editor for Screen Rant, covering the latest gaming news and stories. She is a Women In Games award-nominated journalist, and recognized as one of She Plays Games’ Top 100 Influential Women in Gaming 2021. Lara is also an ambassador for mental health gaming charity, Safe in Our World. When she’s not playing games (or writing about them), she’s usually tweeting about her very large dog.