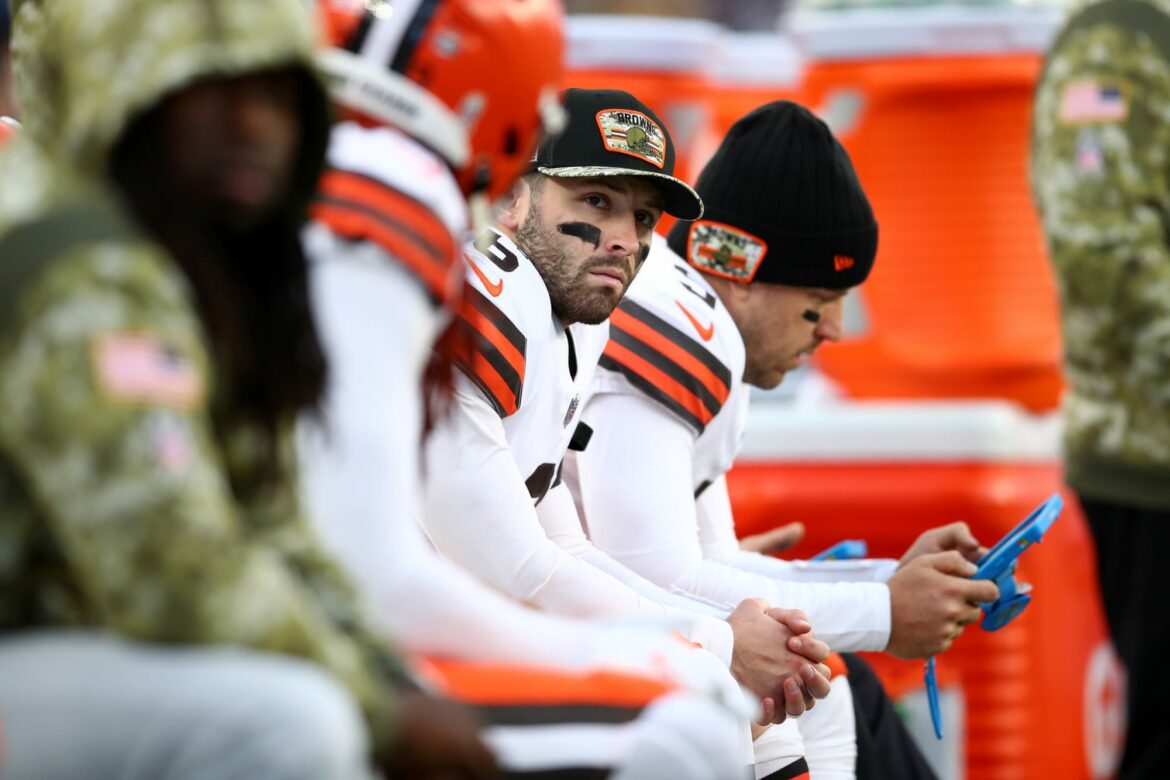 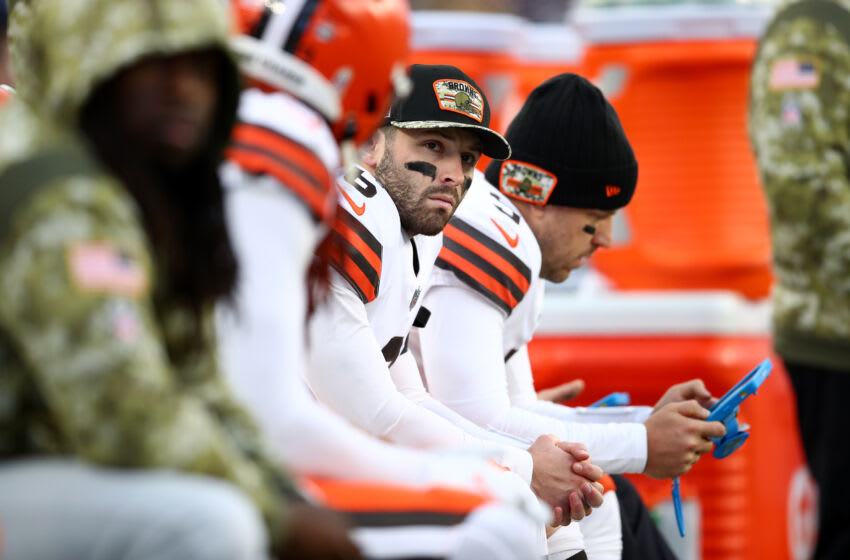 FOXBOROUGH, MASSACHUSETTS – NOVEMBER 14: Baker Mayfield #6 of the Cleveland Browns reacts against the New England Patriots during the fourth quarter at Gillette Stadium on November 14, 2021 in Foxborough, Massachusetts. (Photo by Adam Glanzman/Getty Images)

The Cleveland Browns received a pretty significant update on Baker Mayfield’s injury and his potential ability to play next week.

Mayfield was dinged up in Cleveland’s 45-7 loss and had to limp off the field during the third quarter. Add that to the list of injuries that he’s had to deal with this year and it’s fair to wonder whether or not he’d be able to play next weekend.

According to Cleveland’s head coach, Mayfield could potentially play next weekend. Stefanski said the following after that humbling loss against New England.

#Browns coach Kevin Stefanski said he expects Baker Mayfield to be able to play next week vs. #Lions despite knee injury

It remains to be seen if Mayfield will actually play against the winless Detroit Lions.

It still seems a little early for the Browns to commit to that decision. Considering how there’s a very real chance that Cleveland won’t be able to make the playoffs this year anyway, there’s a decent argument to be made to sit Mayfield and let him fully rest up.