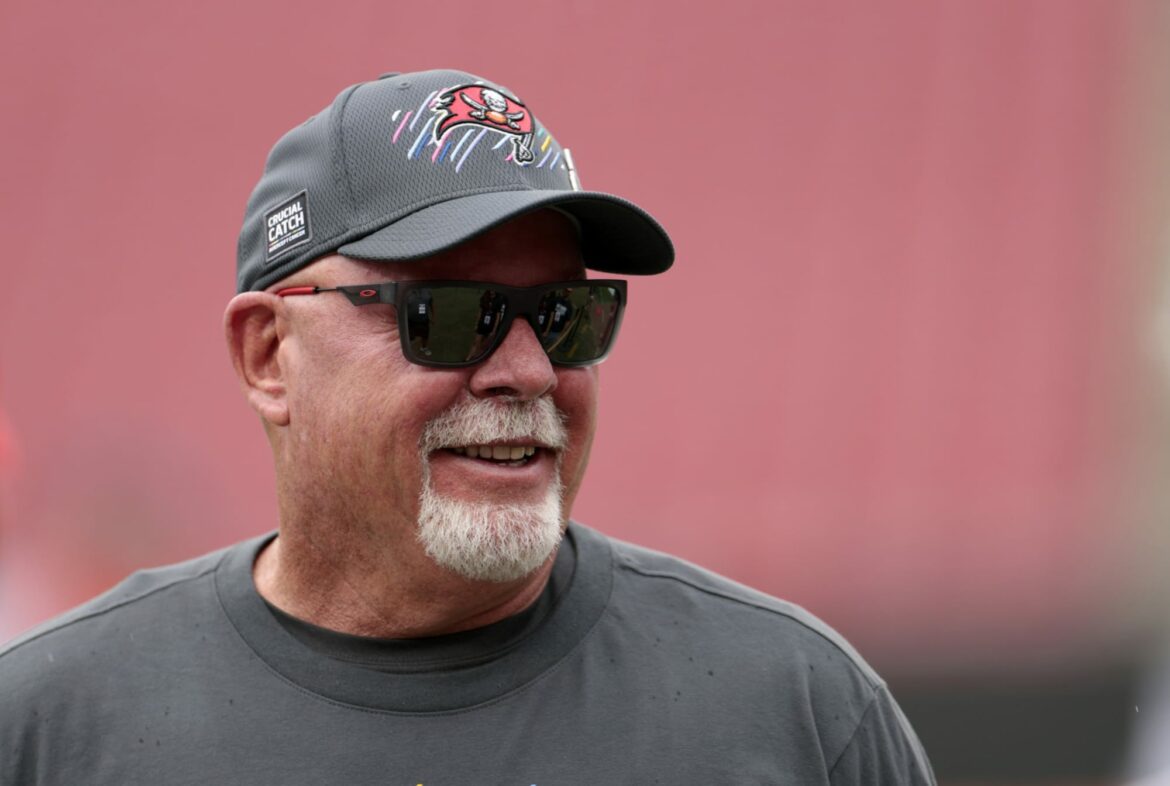 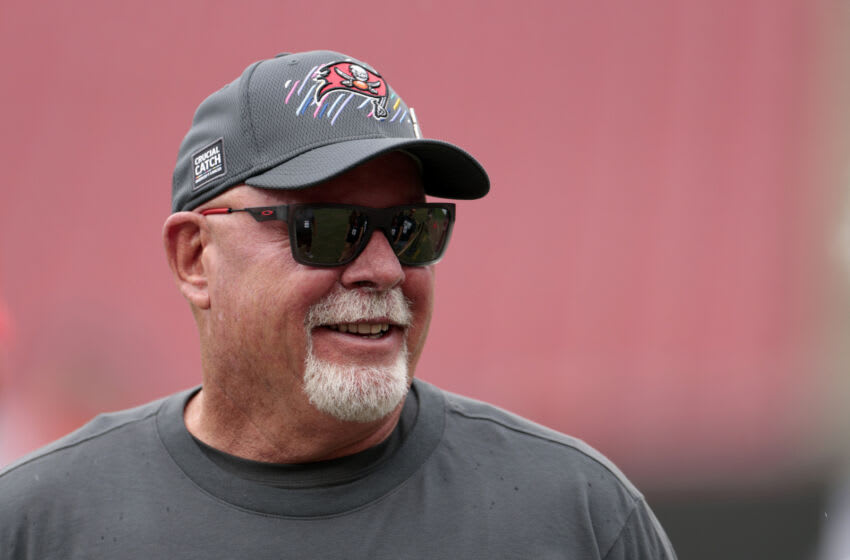 TAMPA, FLORIDA – OCTOBER 24: Head coach Bruce Arians of the Tampa Bay Buccaneers looks on before the game against the Chicago Bears at Raymond James Stadium on October 24, 2021 in Tampa, Florida. (Photo by Douglas P. DeFelice/Getty Images)

While the thought of Odell Beckham Jr. catching balls from Tom Brady sounds nice, it won’t be happening. While speaking to reporters on Wednesday, head coach Bruce Arians didn’t waste any time in ruling that possibility out.

In his explanation for why Beckham won’t play for the Bucs, Arians delivered a hilarious answer and it’s one that’s sure to bring a smile to your face.

As you can see in the video above, Arians joked that there’s only so many letters that can go around, and that ‘AB’ is holding things down for Tampa Bay. He’s of course mentioning wideout Antonio Brown there.

With the Bucs not showing interest in Beckham, it’s looking like things will come down to either the Seahawks, Packers, Chiefs or Saints. With Beckham chasing a Super Bowl, you’d think either the Chiefs of Packers would be considered the favorites. However, this feels like a very wide open race.

Meanwhile for Tampa Bay, the team is 6-2 on the year and looking ever-so dangerous once again. However, the team did suffer a rough loss to the Saints on Oct. 31. They were on a bye during the Week 9 showdowns.

While Beckham won’t be making his way to Tampa Bay, the Bucs are still considered among the favorites to win the Super Bowl this season. Should the Packers or Chiefs end up signing Beckham, however, those two teams will surely see their odds increase too. For now, it’s a waiting game to see where the wideout will suit up next to close out the campaign.