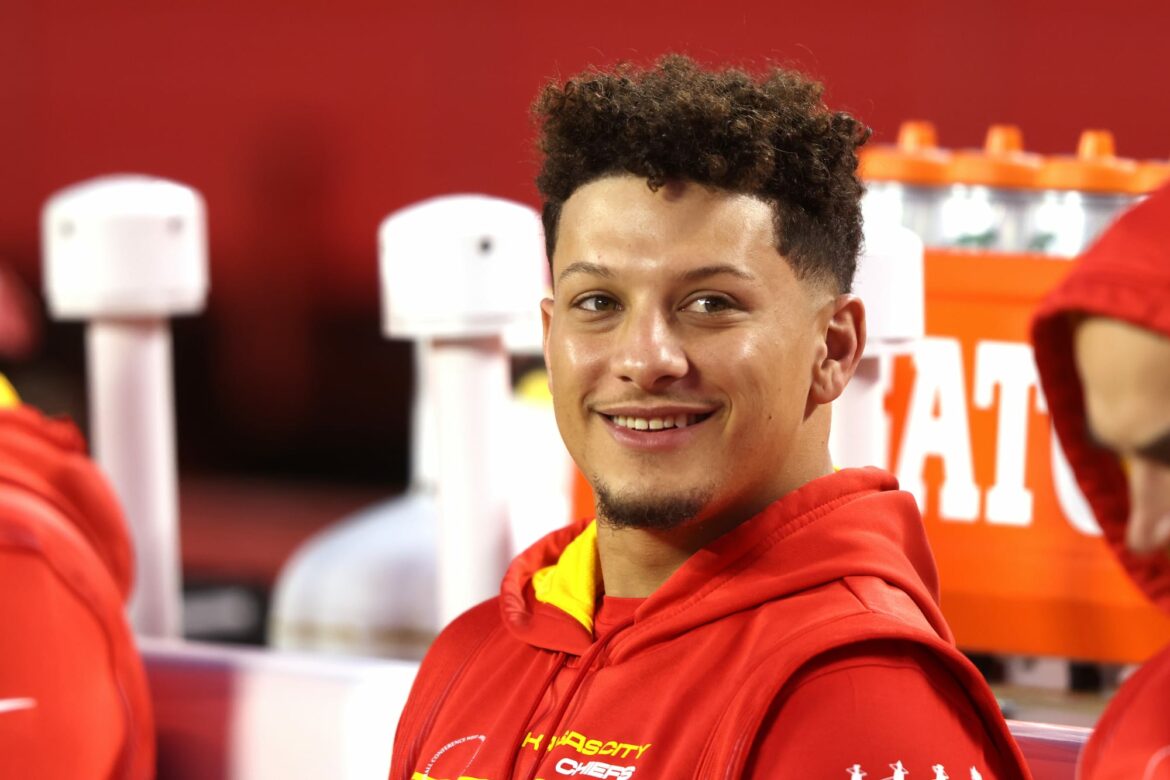 Former NFL quarterback Bruce Gradkowski joked about how Patrick Mahomes finally caught up to him with his latest NFL record.

NFL records can be a funny thing, with some of the NFL’s leading quarterbacks taking years to reach quirky milestones that others reached long before.

On Thursday night, Chiefs quarterback Patrick Mahomes became the latest NFL quarterback with three game-tying or go-ahead passing touchdowns in the 4th quarter/OT of a game. Only four quarterbacks have accomplished this unique feat, including Bruce Gradkowski in 2009.

Gradkowski was actually the first to do it, with Dak Prescott following in 2018 and Baker Mayfield accomplishing this as well in 2020. Interestingly, Prescott, Mayfield and Mahomes all accomplished this record in divisional rivalry games.

Gradkowski, who is now retired at 38 years old, was a journeyman quarterback who played for six different NFL teams over 11 years. Of course, he enjoyed being in the company of Mahomes in this television graphic.

Back in December 2009, Gradkowski led the Las Vegas Raiders to a 27-24 victory with three fourth-quarter touchdowns against the Pittsburgh Steelers.

“That was so exciting, I can’t even put into words how I feel,” said Gradkowski about the game-winning touchdown.

It was Gradkowski’s first and only season with the Raiders, moving on to the Cincinnati Bengals and —ironically — the Pittsburgh Steelers before retiring in 2016.

These days, Gradkowski is a prominent analyst for PFF, analyzing today’s leading quarterbacks like Lamar Jackson and Patrick Mahomes.

When PFF graded the NFL’s top 32 quarterbacks in May 2021, Gradkowski puts Mahomes at the top of his list, even after his brutal Super Bowl loss.

Considering his appreciation for Mahomes over the years, Gradkowski seems bemused by the fact that for this particular stat, it’s Mahomes who has now caught up to him and his incredible 2009 comeback victory.