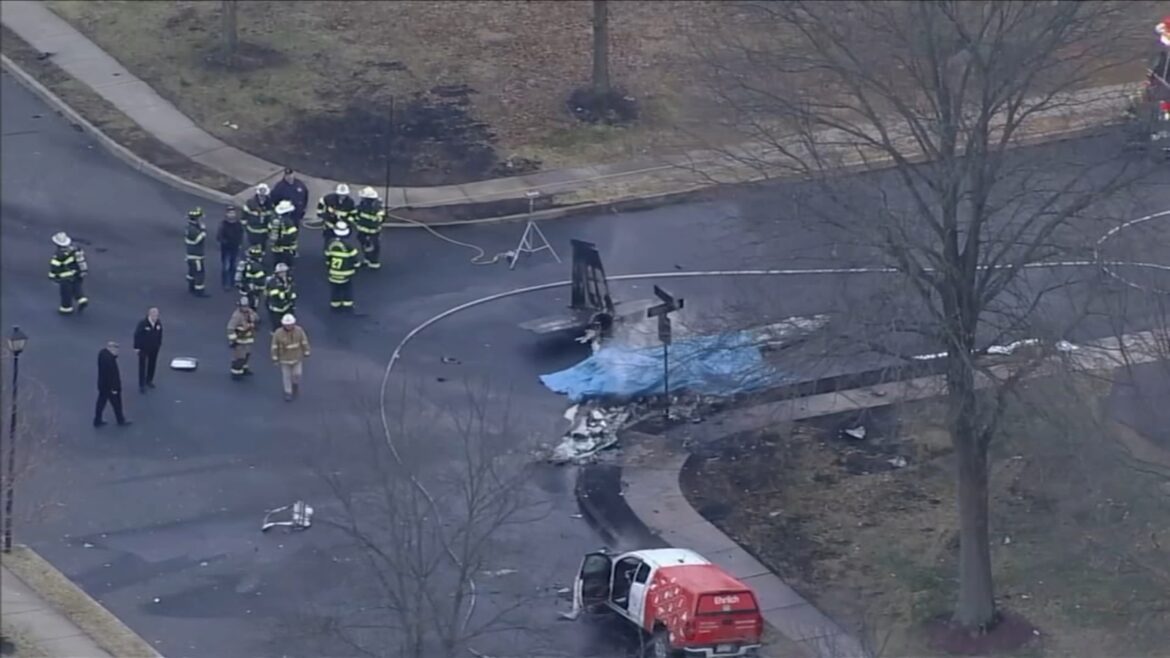 The Beechcraft BE35 went down around 5 p.m. near Pennridge Central Middle School off Victoria and Brittany lanes.

According to the Federal Aviation Administration (FAA), the pilot departed from Doylestown Airport and was en route to Gunden Airport in Perkasie.

A resident’s doorbell camera captured the sound of the plane’s engine sputtering just before you see the horrifying crash.

Resident Ashley LaPat’s doorbell camera also captured the crash before she ran out.

She could be heard on the video screaming, “Oh my God! It’s right down the street.”

Catherine LaPat was outside on her deck when she heard a plane sputtering overhead.

“And I just happen to look up and it was right above me doing one of those death spirals, and I’m like, ‘Oh my God, it’s gonna hit my house,'” recalled Catherine LaPat.

Catherine says she and her daughter ran towards the crash to see if they could help.

Police say a pest control truck filled with chemicals was parked near the crash and caught fire setting off explosions.

The two victims who died in the crash have not been identified.

“Two victims were found inside the plane. Identities are being withheld at this time until families have been notified and verified,” said Hilltown Township Police Chief Chris Engelhart.

Catherine LaPat is just grateful the pilot was able to steer the plane away from nearby homes.

“I thought I was gonna die,” Catherine said. “I thought the plane was coming down on my house and if it hadn’t turned at the last second.”

Police are calling the pilot a hero for steering the plane away from homes.

The National Transportation Safety Board (NTSB) is investigating what caused the crash.