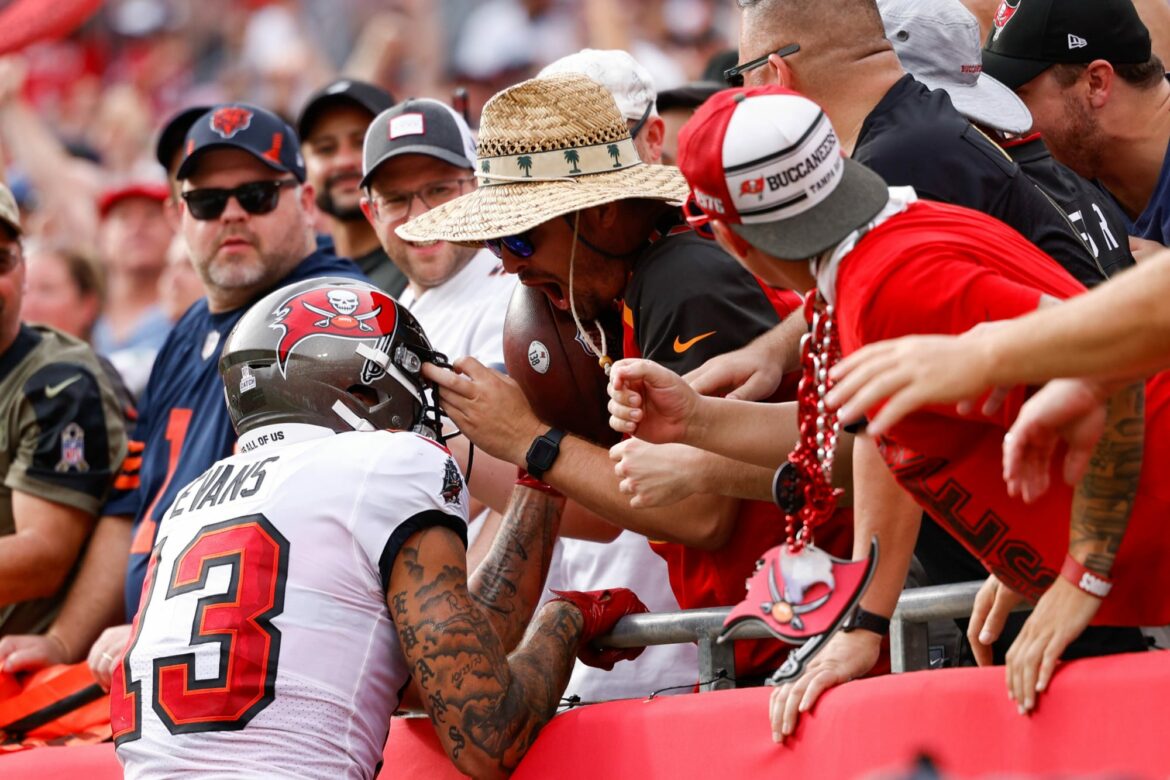 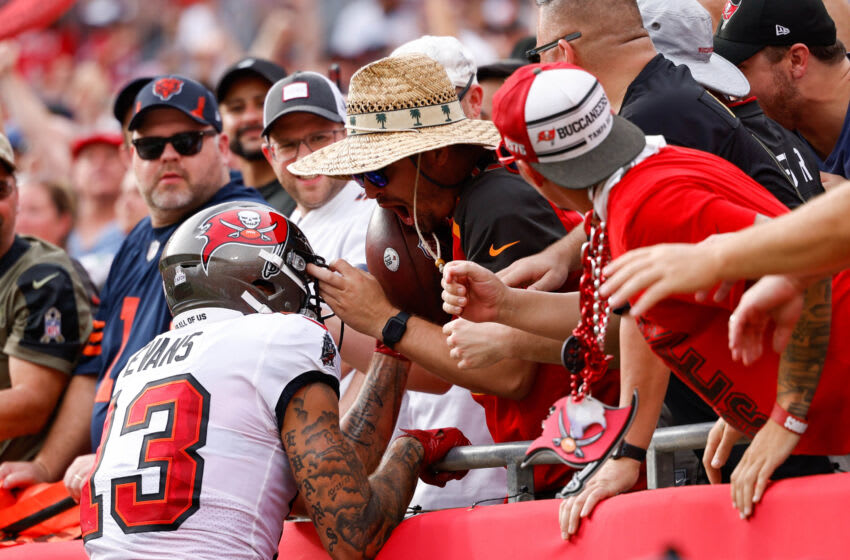 The Bucs fan who gave back Tom Brady’s 600th TD ball got mocked for his small return but it turns out he got quite a bit more than originally thought.

If you ended up with Tom Brady’s 600th touchdown ball, how high of a price would you set for giving it back?

That was the question lighting up the internet on Sunday after wide receiver Mike Evans accidentally gave away the historic ball to a Bucs fan at Raymond James Stadium.

After the game, Brady said the guy would get “something nice in return,” per Jenna Laine. However, initial reports indicated the exchange would involve just a ball and a signed jersey. A lot of people thought it was a rip-off since the ball’s hypothetical value could be upwards of $500,000.

The quarterback was true to his word as the fan ended up getting a whole lot more than originally indicated.

What did the Bucs fan get back for Tom Brady’s 600th TD ball?

According to Darren Rovell, he got a whole package worth of memorabilia and more.

JUST IN: The deal has been made with the Bucs fan who gave up the Brady ball.

2 signed jerseys + a helmet from Tom.

A $1K credit at the Bucs team store.

2 season tickets for the remainder of this season + next

The fan was wearing a Mike Evans jersey when he caught the receiver’s attention and ended up with the ball in his hands. Getting a signed Evans jersey along with game cleats to go along with jerseys and a helmet from Tom Brady is fitting.

The $1,000 to the team store is nothing to scoff at, but the real prize came last.

Two sets of season tickets for this year and next is the perfect return for a fan of any team, especially one on the run Tampa Bay is on right now. Forget the purported value of that ball on an imaginary market, the experience of watching a season of Buccaneers football in person right now is worth its weight in gold.