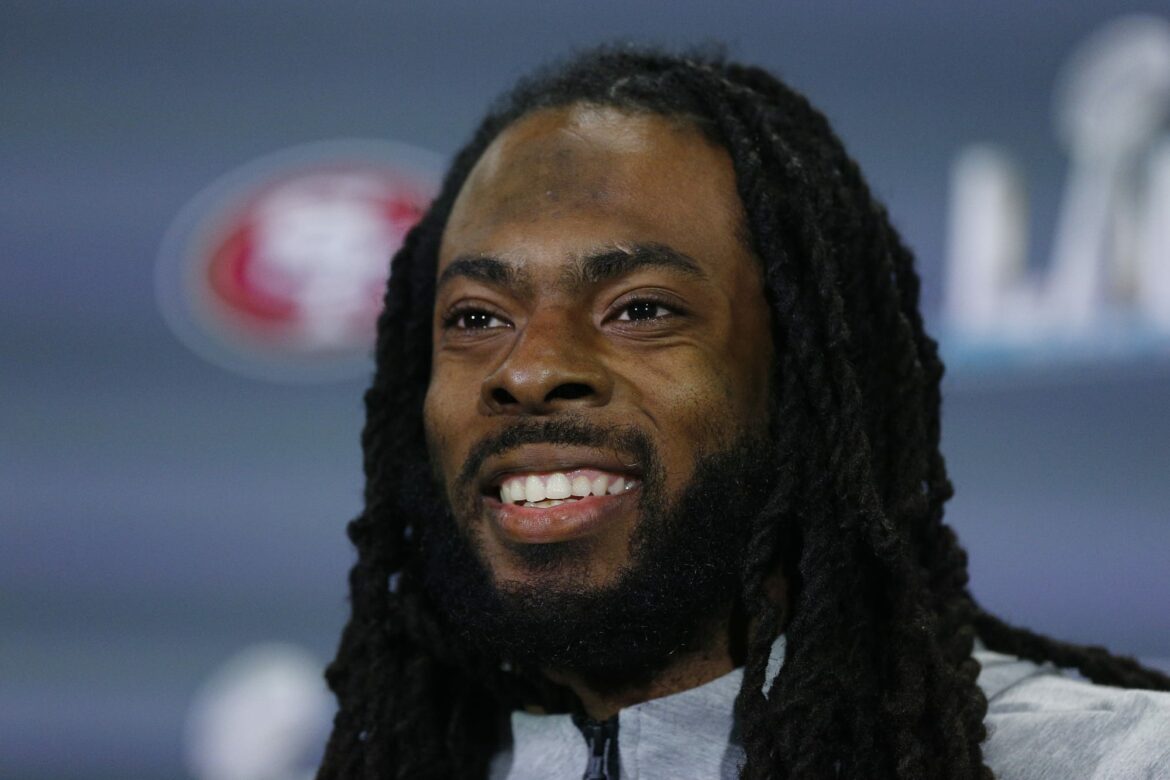 Before a critical Week 4 matchup against the New England Patriots, the Tampa Bay Buccaneers look to bolster their secondary with cornerback Richard Sherman.

If the Los Angeles Rams Week 3 beatdown proved anything, it’s that the Buccaneers will have to bolster their secondary if they want a legitimate chance at “running it back” this season.

While the 2021 offseason ended with the historic resigning of all 22 starters, the injury bug bit Tampa Bay hard starting in Week 1, when Sean Murphy Bunting’s elbow popped out on primetime.

In Week 3, edge rusher Jason Pierre-Paul was a noticeable absence, reducing the pressure applied to Matt Stafford’s passing attack. With all of this in mind, the Bucs are now making another bold roster move: meeting with decorated veteran cornerback Richard Sherman for a potential signing.

This is the first free agent visit for CB Richard Sherman, and it happens today, per me and @TomPelissero. The Super Bowl champs looking at making a key addition right before their showdown with the #Patriots, and it puts them in prime position to do so.

Sherman is one of the best remaining free agents on the market, available only because of legal issues surrounding a domestic incident this July.

While other teams have expressed interest in signing Sherman this season, many of them seem to have backed away, including San Francisco 49ers general manager John Lynch. As long as secondaries remain intact, the liability of bringing in Sherman is something teams are looking to avoid.

But the Bucs are different, and not only for their desperate secondary.

If the Bucs do bring Sherman into the fold, the three-time First-team All-Pro and five-time Pro Bowler can coach up younger players and offer invaluable insight on reading offenses. After all, it was Sherman who led the NFL in interceptions in 2013.

His Legion of Boom days are firmly behind him, and his journey with the 49ers seems to have ended, but Sherman could revitalize his decade-long career by getting Tampa Bay all the way to another Super Bowl.