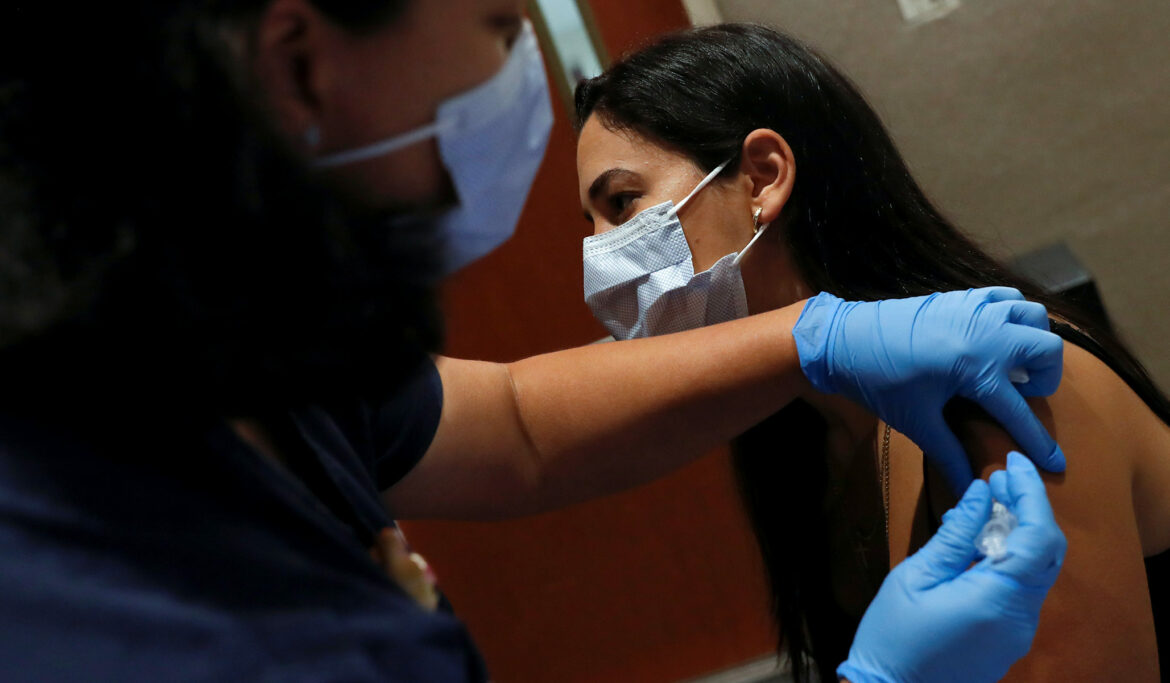 The Pelican Institute and the national law firm Liberty Justice Center partnered to file a lawsuit on behalf of Trosclair and six employees of Texas-based CaptiveAire Systems.

“I felt it was not only the right thing to do, but kind of a no-brainer to file a lawsuit against this mandate and try to stop it,” the second-generation grocery-store owner told National Review.

The suit led the Fifth Circuit Court of Appeals to halt the vaccine requirement, as judges on the court blasted the president’s order as a broad overreach that “grossly exceeds OSHA’s statutory authority.”

But he says the vaccine mandate would deal a severe blow to his business and his employees.

“Unfortunately, now we have an administration in Washington that is truly playing politics,” he said. “We believe it’s a vast overreach for the federal government to come in and get me involved as a business owner in the medical decisions of my staff.”

Trosclair noted that he is not “anti-vaccine,” but rather “anti-mandate,” adding that he is against business owners having to get involved with the “personal medical decisions of our employees.”

“My biggest concern would be my staff,” said Trosclair, who has been working in the grocery business since he was 15.

Trosclair’s parents bought a grocery store in 2000 and ultimately grew their operation to include two more stores. He bought his parents out in 2017 and grew the business to 16 stores.

Losing that many employees would exacerbate the problems his stores have already faced with understaffing since the pandemic began.