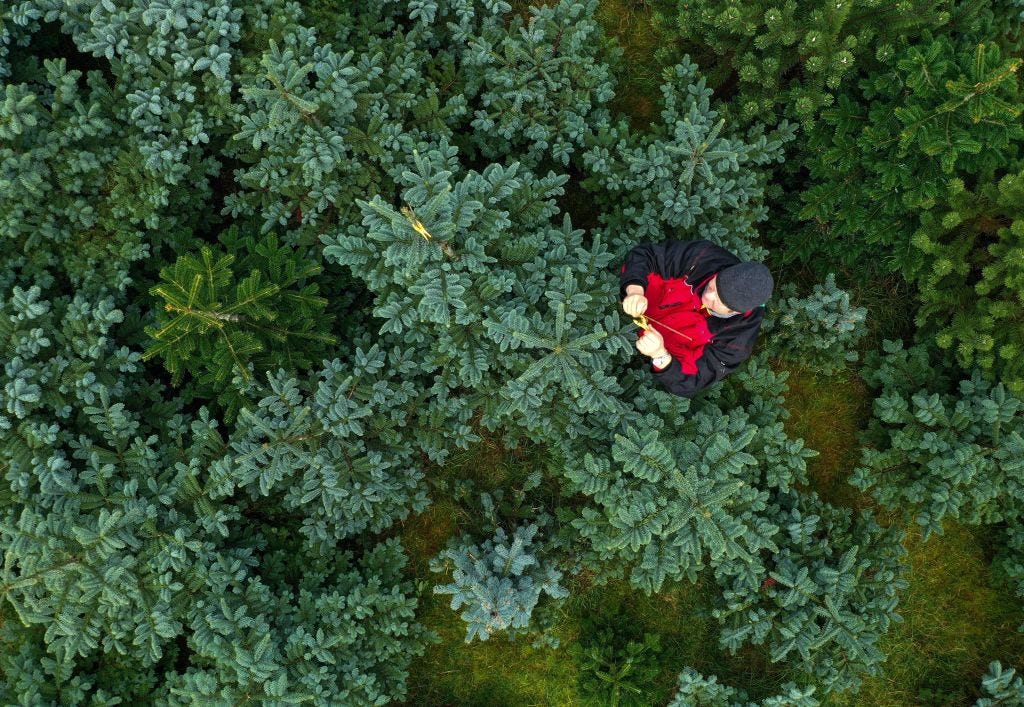 Whether you begin to celebrate the holidays on Nov. 1 or wait until Thanksgiving, parking lots across the country are already set up for people to get their hands on the perfect Christmas tree for their home.

Like most holiday items, artificial Christmas trees are selling out fast amid a nationwide shortage due to supply chain issues, meaning those who were hoping to have a fake tree may have to get a real one this year. But while picking the perfect Christmas tree would involve picking the best looking or least expensive one, what people need to consider is if the tree will be a fire hazard.

Christmas trees can catch on fire, and although not rare, when they do happen, are “more likely to be serious,” says Susan McKelvey from the National Fire Protection Association. Since supply issues are resulting in people buying their Christmas trees earlier than usual, McKelvey says people should be aware of the dangers of keeping a tree for over a month.

“The longer it’s in your home, the more there is a chance that something could happen,” she told USA TODAY.

How often do Christmas trees cause house fires?

Of those reported home fires, nearly half of them were caused by lighting or an electrical issue, 20% of which were decorative Christmas lights.

Nearly 20% of other fires were caused by a heat source, like a candle, being too close to the tree, and around 40% happened in living rooms.

How bad can Christmas tree fires get?

The average amount of house fires caused by the trees may not seem like much, but during that timespan, each year averaged two deaths, 12 injuries and over $10 million in property damage.

In 2016, fire protection engineers from the Worcester Polytechnic Institute in Massachusetts filmed a demonstration of how quickly these trees can cause damage. It only took 25 seconds for a tree exposed to a flame to be fully engulfed in fire, and only 35 seconds for the fire to spread to things near the tree. Around a minute into the demonstration, the mock-up living room was full of fire and smoke.

“When a Christmas tree burns, particularly when it’s dried out, it can go up in flames in moments, and it will spread very quickly,” McKelvey said. “People have such a small window of time to escape safely.” 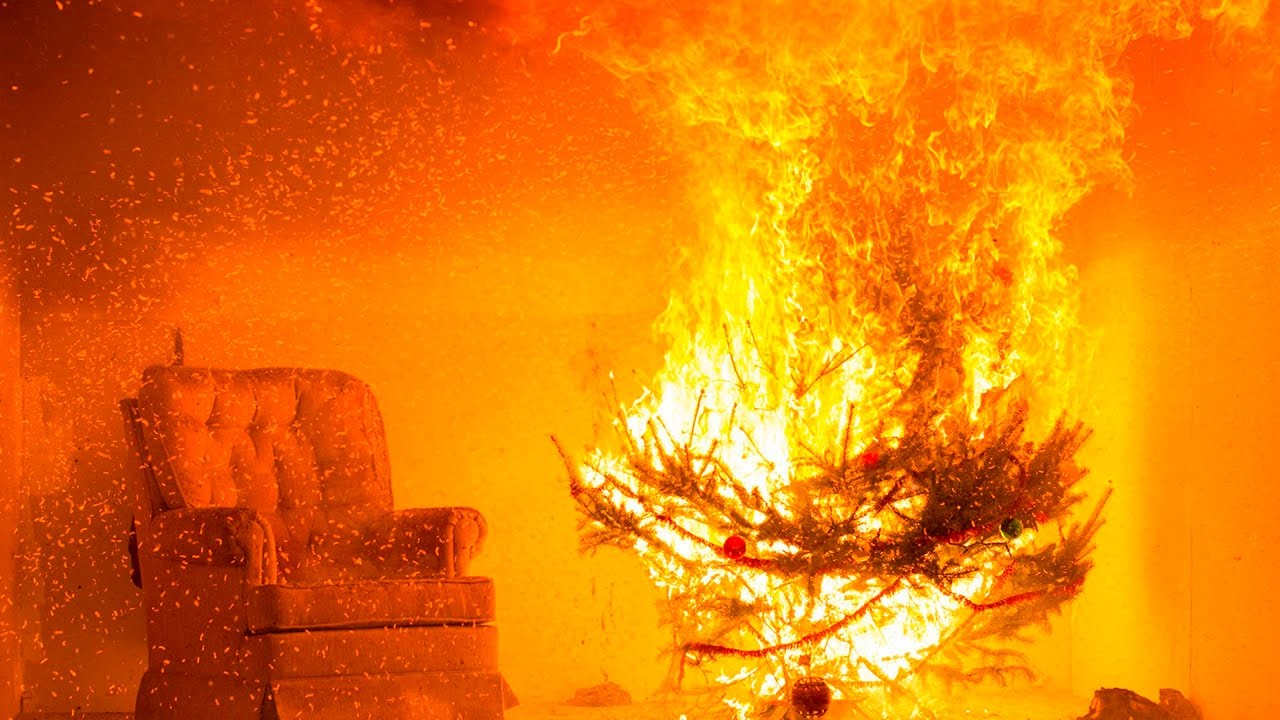 How can I prevent fires from happening?

Taking precaution against house fires begins as soon as picking which Christmas tree to buy.

McKelvey said when shopping for trees, people should run their hands through the tree to see if any needles fall off. If they do, then best not buy.

“It’s an indicator of how fresh it is,” she said.

Yana Valachovic, University of California cooperative extension forest advisor, said before placing the tree at home, it should be given a fresh cut at the bottom so the tree can absorb water. The NFPS recommends cutting at least two inches from the base of the trunk.

When decorating the tree, Valachovic added to not use any candles and make sure all lights being put on it don’t have any exposed wires. McKelvey said LED lights are the best type to put on a tree, and turn the lights off before going to bed or if no one will be home.

People should also check the tree’s water level daily, as well make sure the tree isn’t blocking any potential exits, such as doors and windows, and away from any heat sources like a fireplace.

Rockefeller Center Christmas tree 2021: Where’s it from, when will it be lit?

Is it dangerous to get a Christmas tree early, and when should I get rid of it?

McKelvey said having trees inside homes earlier just prolongs the risk of something happening, mainly a higher chance of the tree drying out just a few weeks into December.

“Trees just actually do dry out over time, even when they are well watered,” she said. “The longer it’s in your home, the more it’s drying out and the more combustible it becomes.”

McKelvey added that if a tree dries out before Christmas but you still want a tree up for the holiday, just get rid of it and try to buy a new one. But if a tree makes it through Christmas, it should be disposed of right away, even if it officially ends the holiday spirit.

“Once the season’s over, really it’s time to get rid of your tree,” McKelvey said. “It’s best to say goodbye.” 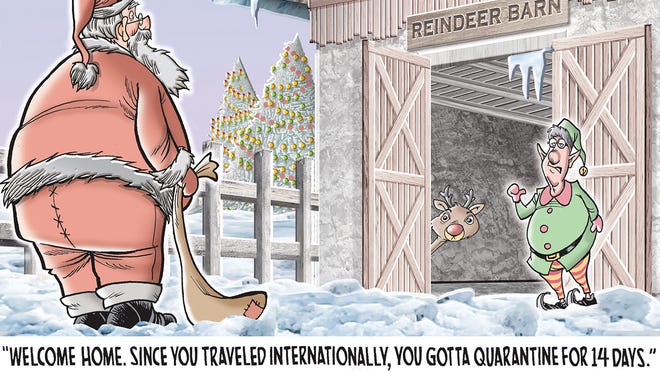