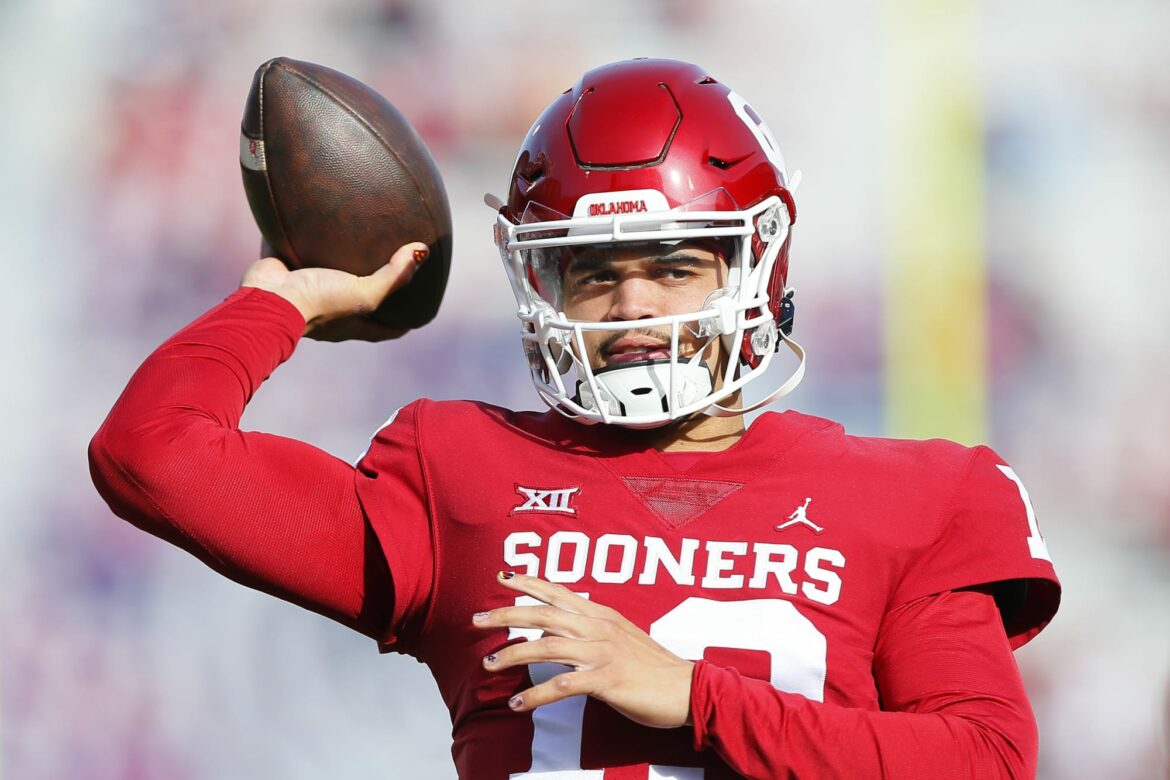 Caleb Williams has not been at USC for even a month and he already has his first NIL deal.

When Caleb Williams left Oklahoma for USC, he was thinking big time, not just on the field, but in the wonderful world of NIL.

Williams is now living his best life in Los Angeles as a proud new member of the Beats family. He quoted tweeted Beats by Dre’s official Twitter account of him rocking a sweet pair of headphones. With Dr. Dre being the greatest beat master in the history of hip-hop, how could we ever forget about him? More importantly, how could we ever forget about Williams cashing in on some NIL?

By joining former Oklahoma head coach Lincoln Riley at USC, the Trojans are expected to take over the Pac-12 in short order.

This may be the best offseason in recent memory for USC, but it has to translate to consistency and a greater level of success on the gridiron. While USC has been down, West Coast football has suffered. Though Oregon and Washington at times have held up their end of the bargain as Pac-12 powers, the conference has sent two teams to the College Football Playoff since the 2014 season.

Even if the expectations are absurdly high for Riley, Williams and the rest of the USC program, it starts with winning the division. The Utah Utes are coming off their first Pac-12 championship in school history and should be a fixture in the top 10 nationally next year. If Williams and Riley are as good as everyone says they are, then they will have USC playing in Las Vegas in no time at all.

If Williams wants to drown out the haters, he can use his deal with Beats by Dre to help with that.